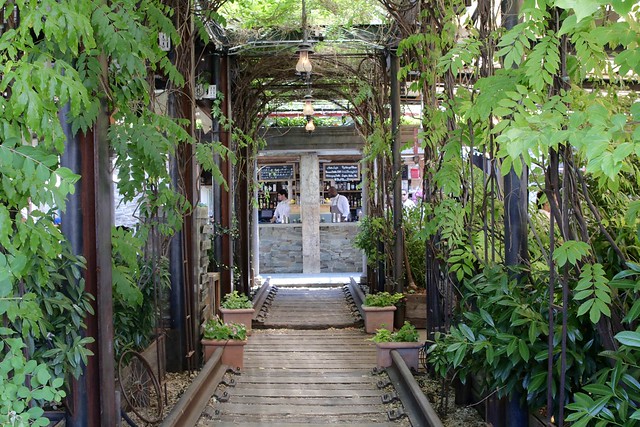 It’s no surprise that rooftop brunches are some of our most sought after reviews. In the summer, when everyone stuck in the city is looking for a place that feels like a vacation, a brunch on the top of a skyscraper with a great view is just what the doctor ordered. We reviewed Gallow Green years ago, when it was new to the NYC brunch scene, and decided it was time to revisit this summer. 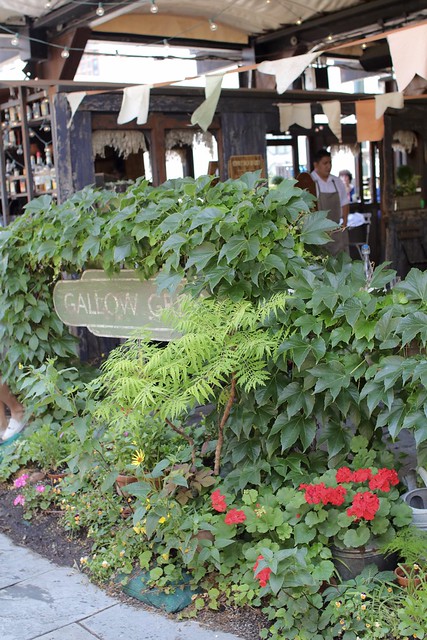 With my mom, godmother, and mom’s best friend in tow, I dragged them far, far west to the McKittrick Hotel for breakfast on the top of the city. I wanted to show them something special, and from the pictures and recent buzz, I knew Gallow Green would be a treat.

After reading online, I discovered that the fixed price $45 brunch includes an unlimited buffet, one mimosa, fresh brewed coffee, and juice. 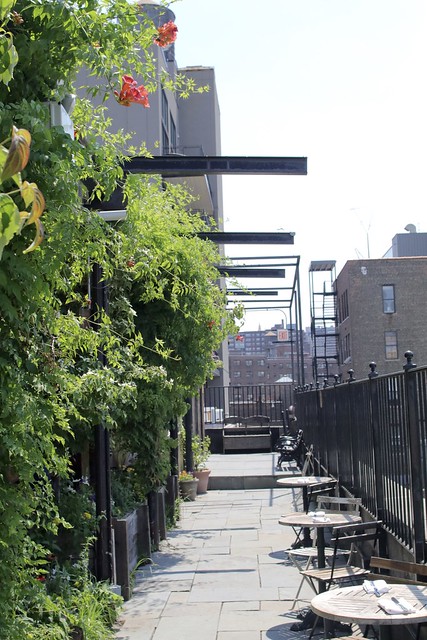 When you step out of the dark elevator, you’re momentarily blinded by the flood of sunlight. Once your eyes adjust, it’s a visual feast of greenery. The “secret garden” description you will find associated with Gallow Green in online searches is very fitting. 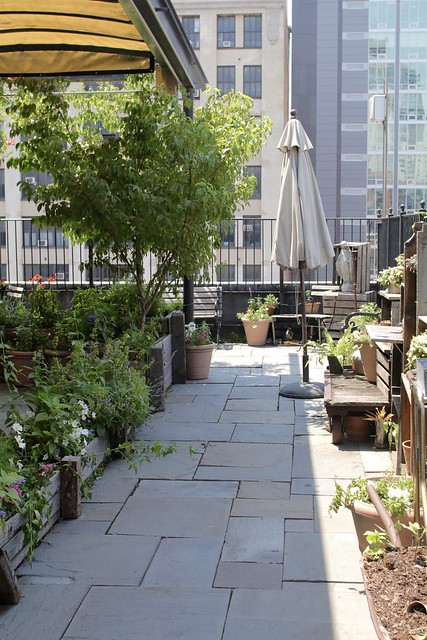 You wouldn’t expect so much greenery and flowers high above the ground level, and it is so refreshing to “escape the concrete” to this beautiful jungle. A lovely jazz band was playing, which amplified the relaxing mood and settled us right in. 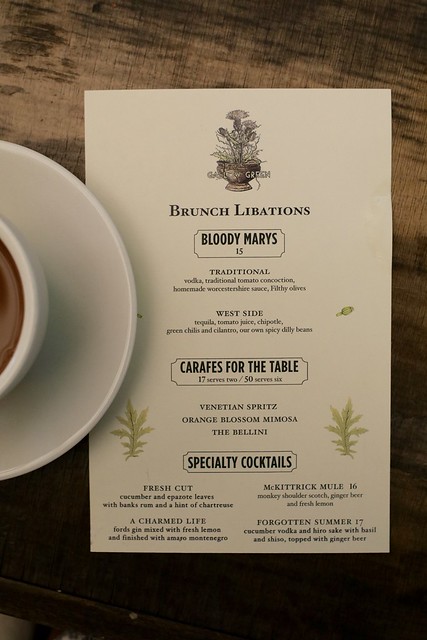 Our host was friendly and escorted us to our tables where we waited to join the mimosa-sipping diners around us. Unfortunately, we waited quite a while to join them. It seemed the few waiters staffed were very occupied, and though we eventually got someone to drop off mimosas (mind you, this was without trying to ask us if we preferred a different libation ), he rushed off again before explaining the menu. We finally hailed someone else down ten minutes after that to get coffee and ask about the food situation. Not one person besides the hostess and the bouncer downstairs said good morning or asked how we were, which left us a bit put off from the start. 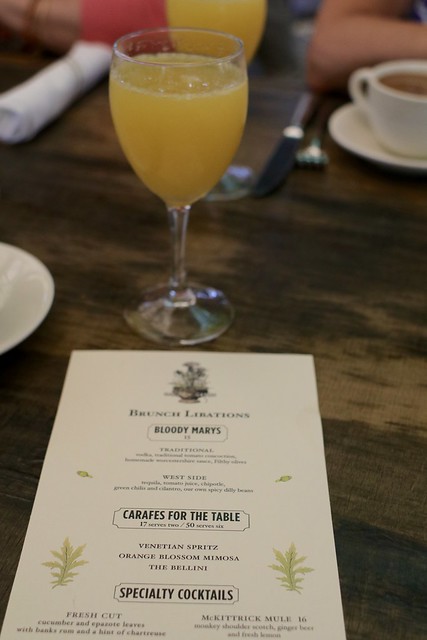 We deduced that it was clearly a buffet from the menu. However, it wasn’t clear where the different sections were for food, and if there was a specific time we were supposed to feed ourselves. As soon as the waiter explained where “hot” and “cold” brunch fare was located, we were off! 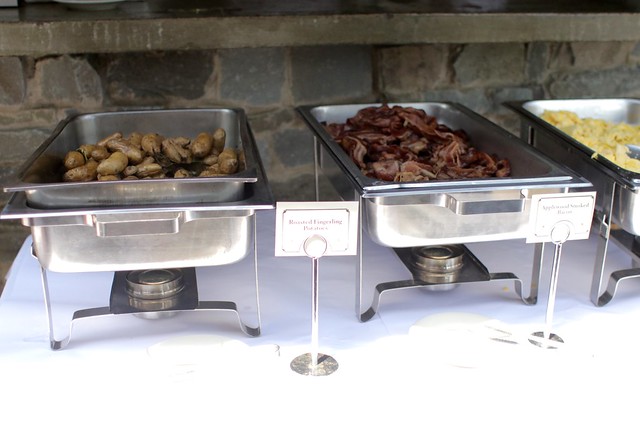 We started with hot, which was a spread of eggs, thick cut bacon, potatoes, fried chicken, porchetta, and asparagus. To the left of that was a pastry station with an assortment of biscuits, cinnamon buns, muffins, and toast with jam. The biscuit and the applewood smoked bacon were both my favorites. It was a nice selection for a buffet, although I think they could probably add one more hot item (like pancakes or waffles), for those who don’t like eggs. 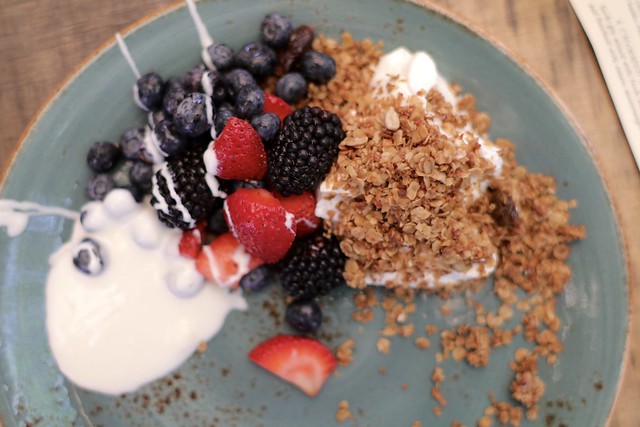 The cold fare was what we were most excited for. We dived right into the yogurt bar, which is right up my alley. The yogurt, granola, and fresh fruit were delicious. Plus, how gorgeous of a plate did it make?! 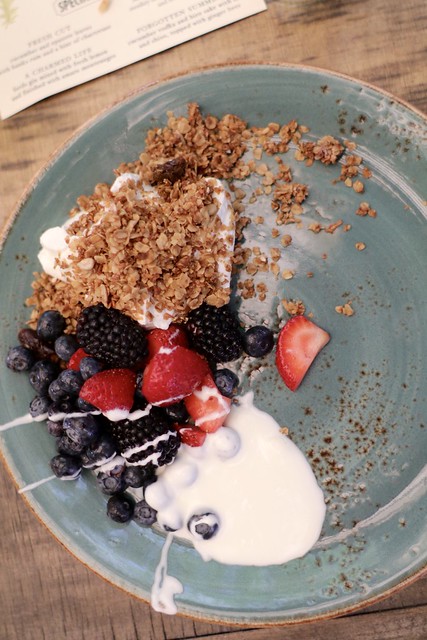 There was also a salad bar, which sounded really great on paper, with an arugula salad, a roasted carrot salad, a gem salad and a tomato salad option. Unfortunately, a few of the salads weren’t dressed and it seemed to be put together rather haphazardly. The salads that were dressed were yummy, but this section needed a bit more love and attention. 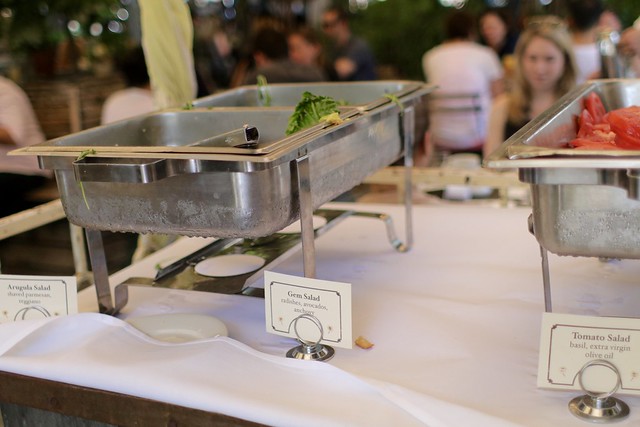 By the time we finished our cold items, our coffees and mimosas had been long gone, and our plates from our hot items were stacked in the middle of the table. The staff was nowhere to be found, which was disappointing, because we are a drinking bunch and would have absolutely ordered a second cocktail. Not that I need someone encouraging me to hike up my brunch bill..but the restaurant is missing out on serious revenue not training their staff to up sell some of their delicious cocktails! 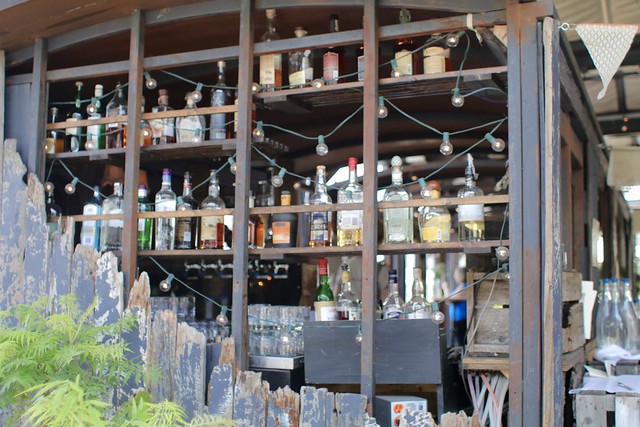 I am thankful that the atmosphere was beautiful and the jazz band was there to keep us all relaxed, because it took a lot of patience waiting for our plates to be cleared. I ended up having to walk over to the hostess to ask for our check, which is insane. No one asked how our meal was or if we wanted a refill. I really had no idea who I was even tipping as I signed my signature. 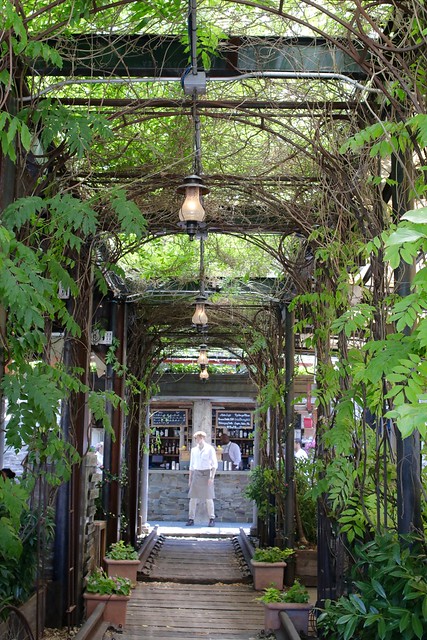 The Bitches say: C-. Atmosphere gets an “A+” but this buffet brunch is impersonal, and the service totally sucks. It’s really unfortunate because Gallow Green has serious rooftop potential and good food to boot, but I would only bring friends back for a drink to avoid another experience like this.

Gallow Green serves brunch on Saturdays and Sundays from 11:30 a.m. to 4 p.m.