Chicago’s weather is already turning, so naturally I am getting excited for fall! September brings pumpkin spiced lattes, puffy vests, giant sweaters, and – of course – Oktoberfest. That’s what brought my boyfriend, Alex, and I to Funkenhausen – a German beer hall-inspired restaurant in West Town. Funkenhausen is the combination of two German words for “emitting sparks” (funken) and “house” (haus). 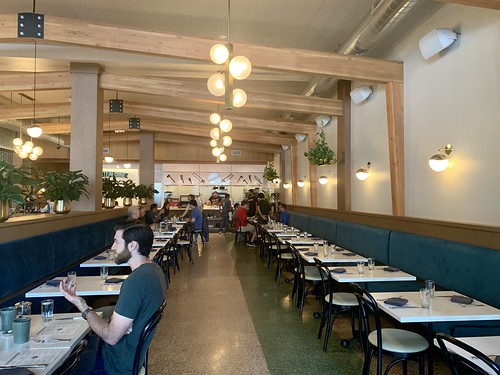 The space has a mid-century modern style, with long rows of seating and beams stretching across the ceiling. Cuckoo clocks, vintage travel posters, and old axes and saws adorn the walls, giving the place an eclectic sense of style. I loved the deep, rich hues of the green velvet booths and herringbone tile behind the bar. The bar area extends the entire length of the hall, with two six-top tables on each end. A larger table for eight can be found at the back of the restaurant, next to the open kitchen. 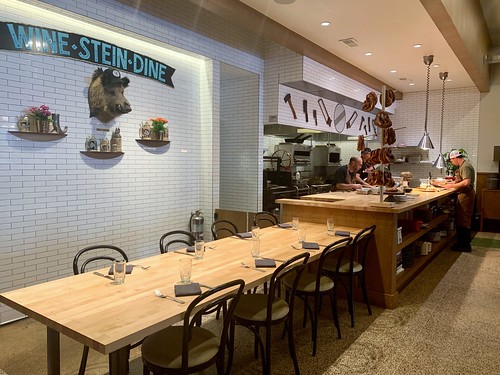 We sat down along the long row of tables and immediately ordered “a big garlicky pretzel” because what else would you do at a German restaurant? It was a little tough to eat, but the cheese dip that accompanied the pretzel was delicious. 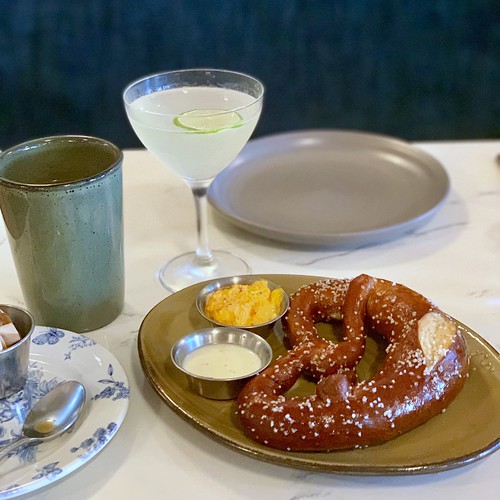 Alex stuck with his coffee while I ordered the oompaloma, a tequila-based cocktail with a little grapefruit and bubbles. With a slice of lime floating on top, the beverage looks simple and refined – and it tasted delicious! The bubbly and tequila were well balanced with just a hint of grapefruit. Funkenhausen also offers a 22oz boot of mimosa, which I highly recommend if you’re with a group! 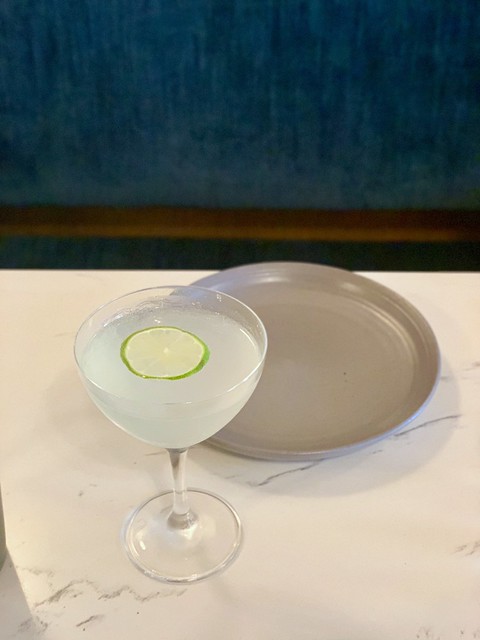 For my main dish, I went with the ham biscuit, which seems like a Bavarian take on a southern eggs Benedict. The biscuit was divine; both flakey and buttery, and they added just the right amount of ham. The ham packed a tasty punch, but didn’t overpower the meal. The beer cheese mornay was fantastic, but I think I would say that about any cheese sauce that came with my brunch! This one, however, was exceptionally creamy. 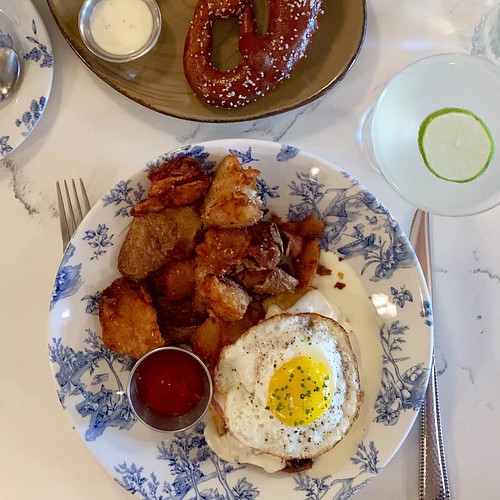 Alex chose the spaetzle carbonara, served with a soft egg, English peas, and bacon on top. This was so incredibly good! It was creamy without being too heavy, and did I mention the pasta is homemade? The egg was well-poached and easily mixed into the dish for a true carbonara. The saltiness from the bacon added just the right amount of flavor – no seasoning necessary. 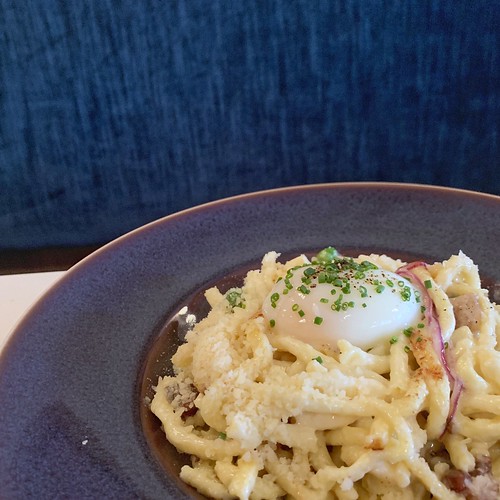 Funkenhausen is a funky West Town beer hall with dishes that cannot be missed!

Funkenhausen offers brunch on Saturdays and Sundays, from 10 a.m. to 3 p.m.