St. Patrick’s Day weekend in Chicago is an absolute madhouse; take my word for it. So, in efforts to avoid the insane crowds drawn to the River North and downtown area to watch the Chicago River be dyed green and then proceed to get aggressively drunk and wander the streets bar-hopping, I opted to take Fifolet Cajun restaurant’s gracious invitation to check out its new brunch in Wicker Park, away from the St. Patty’s Day festivities. 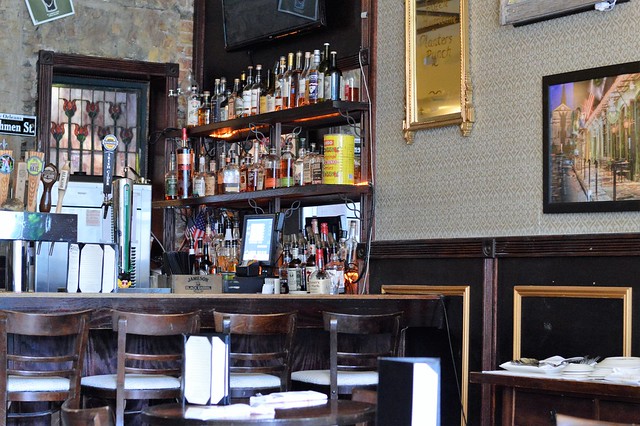 Fifolet Cajun is a newer restaurant that opened right on the west side of Wicker Park on Division. Chris and I arrived just after noon and were greeted by the lovely server who sat us at a four top towards the front of the restaurant, where lots of light peered in from the huge windows facing out to the street. The restaurant is decorated just how you would imagine; a bayou-inspired bar with Mardi Gras decor and flare hanging from the walls. 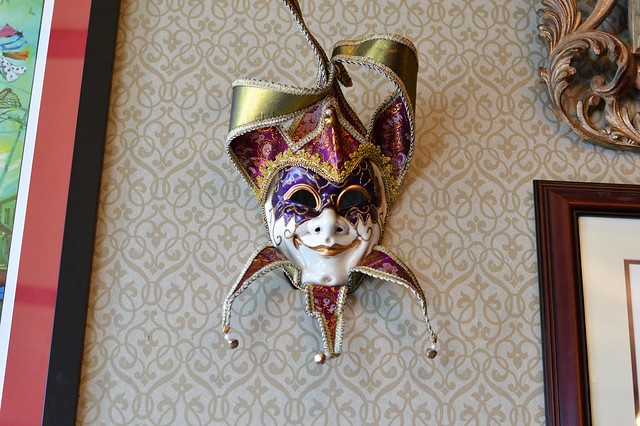 A lit fireplace added especially to the ambience. The restaurant has a back bar area with high tops, which was filled groups of people decked out in green for the holiday. 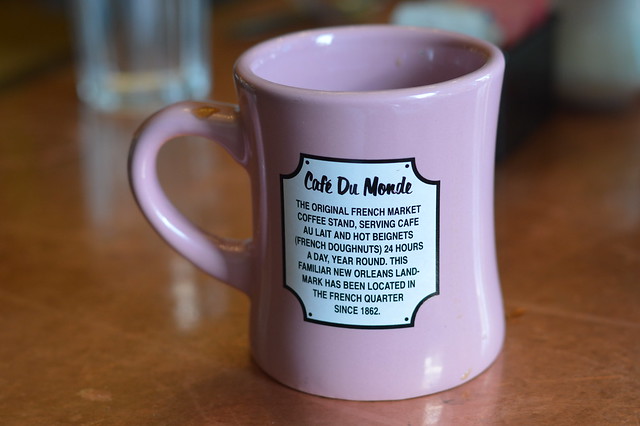 One glance at the menu and my stomach was already turning out of excitement; the menu is filled with dishes that sound amazing. I love Cajun and Creole cooking, so I knew that I would be excited about most of the menu. But, I was pleasantly surprised when my meat-and-potato-loving hubby was excited as well. 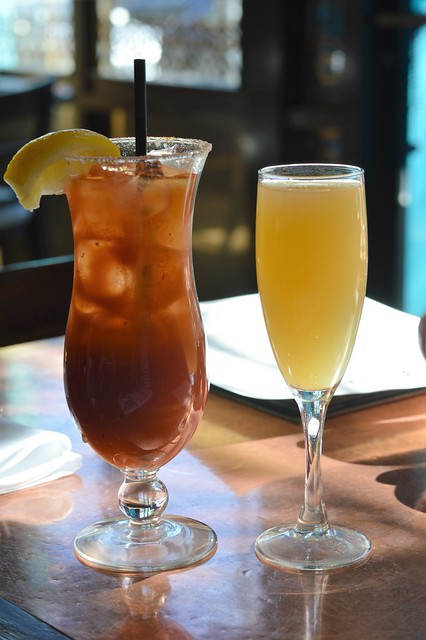 We started with a signature Bloody Mary and a mimosa, as well as a French press for two, accompanied by two signature mugs from New Orleans’ famous Café du Monde. How charming!  It was a cute little touch. To accompany our coffee and beverages, we couldn’t resist ordering the classic beignets. What would a Cajun brunch be without an order of those? While HBIC Cori Sue was actually visiting the city of New Orleans this particular weekend, I felt as if I was there too. This place transports you to Louisiana! 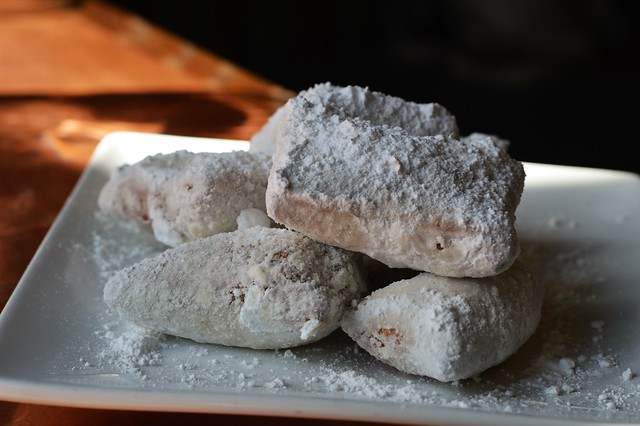 I gave into temptation by ordering another Southern Cajun classic, fried green tomatoes. Both dishes arrived and looked simply amazing. The Beignets were completely covered in powered sugar, and tasted as delicious as they looked. They were little dough filled soft pillows, covered in smooth confectioner’s sugar. 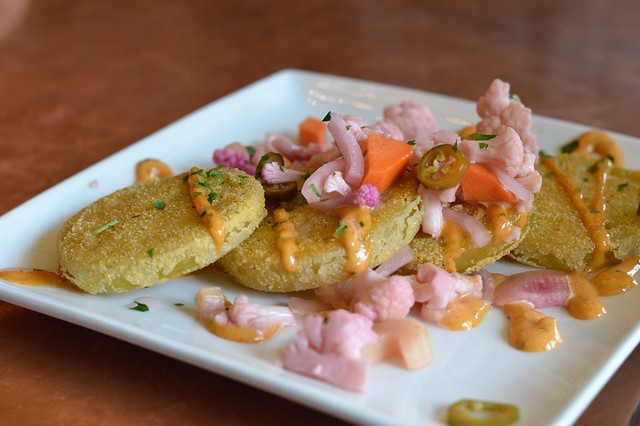 The fried green tomatoes were just as much of a hit with us. Covered in batter and fried to a crisp golden brown, the tomatoes were topped with a creole giardiniera and a house-made remoulade. It was refreshing, tangy, and delicious. We were off to a great start with our meal. 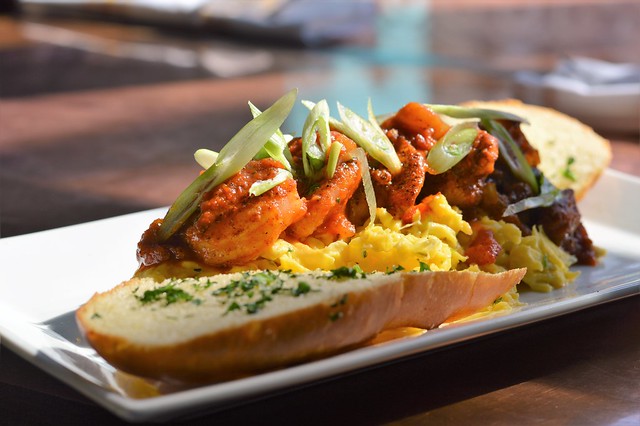 For entrees, we decided to share a few different things, because no lie, everything sounded amazing. Our server also informed us that plates were meant to be shared and would come out as they were prepared, which we were perfectly fine with. We ordered the Creole shrimp scramble, the Johnny cakes, and the crispy chicken thigh with biscuits.

The Creole shrimp scramble was a perfect representation of a Creole dish; it was spicy, flavorful, and a perfect intermarriage of ingredients. The shrimp were cooked to perfection and they complemented the creamy eggs beautifully. Chris and I really enjoyed this dish. 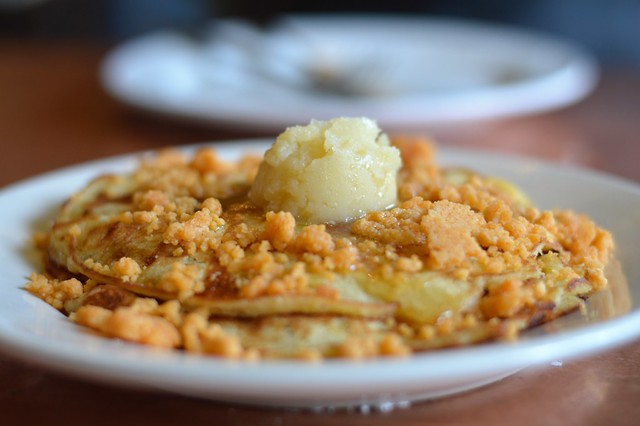 The Johnny cakes were also a fan favorite. They were flat cakes made with cornmeal and topped with a salty sweet butter that gave it the extra hint of sweetness the dish needed, without having to over-pour syrup on top. Additionally, they had a cayenne streusel crumble on top for an added kick and crunch. It was a unique taste that was surprisingly delicious. 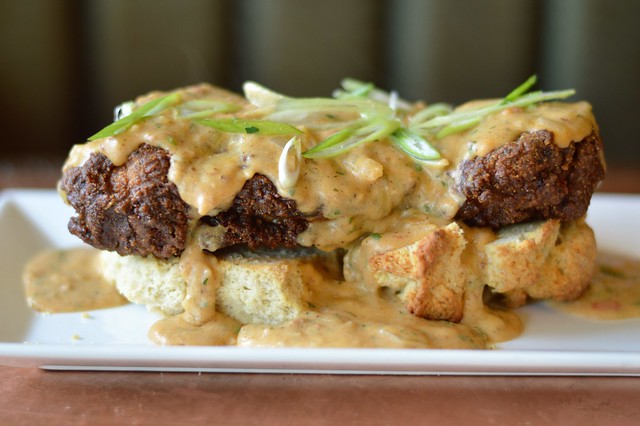 My favorite dish out of all that we ate by far had to have been our final dish, the biscuits with the crispy chicken thigh. The chicken was covered in a thick, creamy, spicy and smoky batter and then fried perfectly. The skin was extra crispy and provided a huge crunch with each bite. It was well-seasoned and I really enjoyed how plentiful the serving was.

The biscuits were fluffy, and tasted like traditional Southern biscuits. I would have been thoroughly disappointed if this had not been the case. This dish was one of my favorite bites of 2017 thus far.

Overall, Fifolet Cajun is a charming spot, from the Mardi Gras beads hanging from the chandelier, to the cute stained glass windows that adorn the place. We will definitely be back to check out their dinner offerings, but in the meantime, laissez les bon temps roulez!

The Bitches say: B+. If you are in the mood for a Cajun brunch on any day besides Mardi Gras, then Fifolet is the spot for you. Louisiana cooking with a modern twist, this place has a brunch menu that will appeal to everyone.

Fifolet Cafe serves weekend brunch on Saturdays and Sundays from 10 a.m. until 3 p.m.

One thought on “Fifolet Cajun Brunch”