A jaunt to Virginia is not usually high on my weekend agenda, but ever since two of our good friends moved across the river, we’ve found ourselves in the state for lovers more than ever before. Said friends live down the street from Evening Star in Del Ray and they’ve been raving about their local spot for a year now. I love them and I love brunch, so here we are.

You are probably familiar with the award-winning concepts from Neighborhood Restaurant Group like Iron Gate, Hazel, Churchkey, and Birch and Barley (to name a few of their stellar establishments) throughout the District. What you may find surprising is that Evening Star in Del Ray, VA was their first outpost. As a big fan of these D.C. restaurants, I was excited to see where it all started. 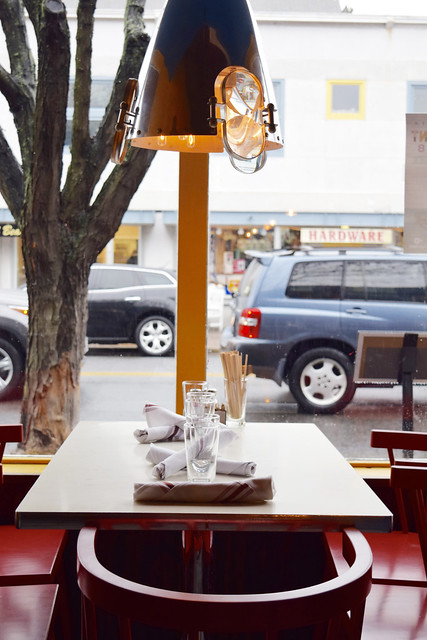 Upon stepping into Evening Star you are transported to a simpler time. The restaurant itself is in a converted detached townhouse, so color us charmed from the get-go. Retro wallpaper, leather booths, and mid-century lighting, are elements just vintage enough to feel nostalgic, not outdated.

But don’t let the vibe fool you; the food couldn’t be more modern or flavorful. Modest spins on epicurean trends, like loaded Bloody Marys were peppered throughout the menu. However, as I was dining with two regulars, it was evident that the crowd here returns for the mainstay menu items they can rely on, not fancy foodie fads. 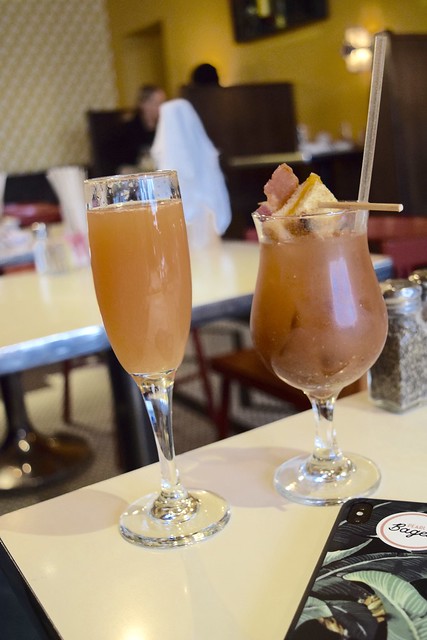 We divided and conquered the brunch libations. Note, Evening Star has a stellar beer program with a menu longer than your last CVS receipt. Craft drafts, cask ales, and ciders are categorized by their notes for an easier decision making experience. For the record, I gravitate towards “Crisp” and “Fruit & Spice” forward drafts; Brian, being the beer snob he is, prefers the consistent rotating taps from The Veil; and for anyone who can’t commit there are flight options for you to taste, but we’re all on our own journeys here. 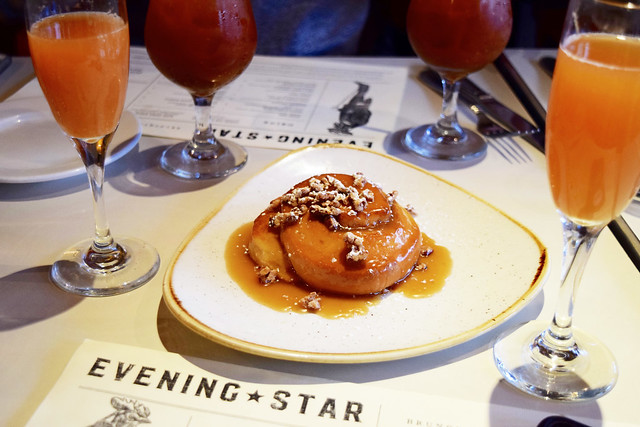 Kristen opted for the Bloody Mary, each one adorned with an adorable mini grilled cheese garnish. By the time we were done with brunch, she had basically consumed a grilled cheese sandwich—a real loophole for anyone on a budget. Chelsea and I went with no less than four of the blood orange mimosas. I loved the twist on the classic brunch cocktail, they even added a hint of chocolate bitters, just to keep it interesting.

Brian insisted we start with the toffee cinnamon bun. Honestly, I don’t think I’ve heard a man endorse a bun like he did this toffee pastry. This guy loves his beers and his buns. I have trained him well though, as this cinnamon bun was no joke. Drenched in toffee and topped with crunchy walnuts, it was a seriously decadent start to a gluttonous meal. 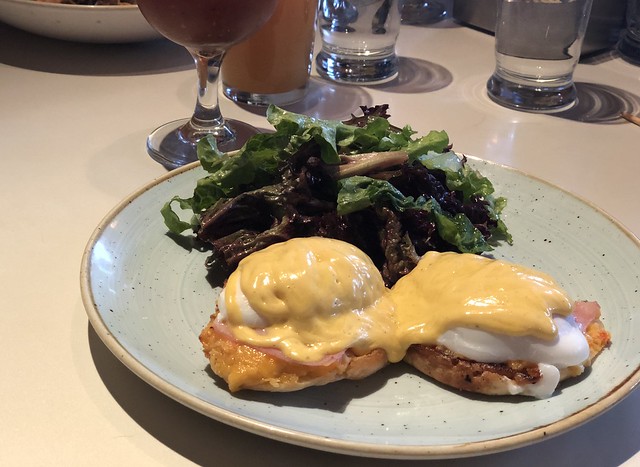 Chelsea put in a solid order with the Eggs Benedict. It was practically glistening when it arrived; a very photogenic pair if I do say so myself. None of the ingredients in this dish were particularly outstanding, although the pimento cheese was a nice Southern touch (we were in Virginia, after all). The layers made up a solid, reliable Benny. Bonus points for the fresh, light side salad— I love my eggs with a good mixed green. 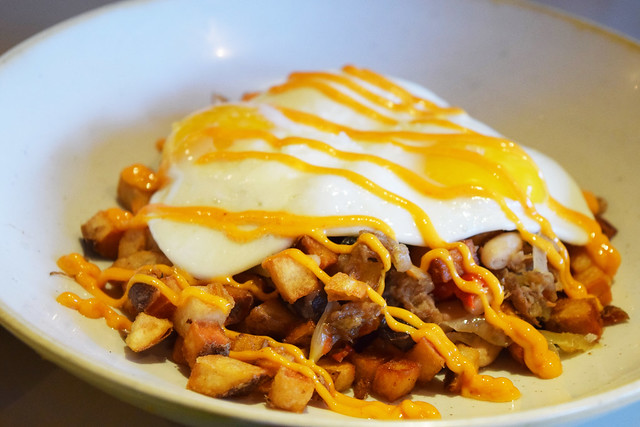 It was really refreshing to see duck on a menu without an astronomical price tag next to it. Now that I think of it, it was nice to see a menu with inventive, seasonal dishes without a single dish over $14! The duck confit with roasted potatoes, black beans, and two sunny-side-up eggs topped with red bell pepper aïoli was a stand-out dish. Not too salty, but flavorful enough to keep you coming back for more. It was hard to pass this one around the table without oversharing. 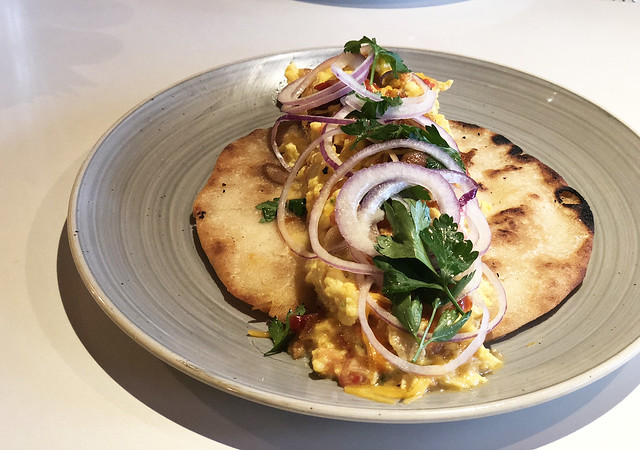 Feeling saucy, I ordered the Huevos Loca Tostada and was unsure what to expect in a Mexican order at a seasonal American establishment. I was pleasantly surprised by the dish when it arrived with perfectly scrambled eggs atop a warm corn tortilla. The pico de gallo cheese, chili sauce, and red onions added a spicy trifecta kick. The tortilla was a little burnt here and there, but it didn’t deter my caloric intake.

The fried chicken and waffle came with layers of boneless chicken, almost like a tender, wedged among waffles quarters. We were fans. Plus, it was Super Bowl Sunday, so all dietary restraint was kicked to the curb. We proceeded to dip the waffles, fried chicken, and bacon intermittently between the bourbon maple syrup and chili sauce with no hesitation or regrets.

Like old friends, neighborhood restaurants are always there for you no matter the occasion. We can see why Evening Star has been a Del Ray stalwart and the eldest sibling to many successful younger sisters in Washington.

The Bitches say: B. Never mind the fact that our besties live a block from Evening Star, we’d escape the city hustle for a casual brunch at this suburban gem any weekend. We can’t wait for beers on their quaint front porch when the weather is warmer.