Having moved away from home in suburban New Jersey six years ago, I am always reminding my friends and family of my existence and my relevance in their lives. So when my cousin, Ravi, who is essentially another brother to me, and his wife, Khushbu, recently came to D.C., I couldn’t quite contain my excitement.

Being just a month apart in age, Ravi and I have had some epic arguments, heated Monopoly games, and wonderful summer vacations growing up. There is also no one quite like him when it comes to supporting my creative ambitions. Appropriately, as a vegetarian family, Ravi and his darling wife, Khushbu, joined me for a beautiful plant-based brunch at Equinox.

We were greeted prominently by Chef Todd Gray and his wife, Ellen, as we arrived. We began with an amuse bouche, a chilled smoothie with roasted rhubarb and pineapple. If brunch had ended right after that, I would have been satisfied. It was delicious! 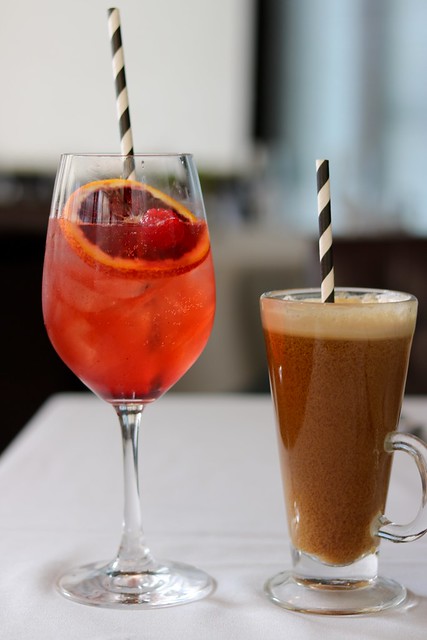 I have mixed feelings when it comes to buffets, but this one seemed promising as it’s completely vegan. Equinox offers a full vegan brunch buffet priced affordably at $35. We started with an order of drinks before making our way to the buffet. With my go-to mimosas not offered, I was looking forward to being forced to try something different. I decided to give the Americano Vegano a chance. Priced at $10, the Prosecco, Campari, and Cointreau cocktail was equal parts strong and sweet. The hazelnut vanilla latte also called my name as I needed to wake up.  Ravi and Khushbu both opted for a refreshing cucumber Collins with vodka, mint, and seltzer. It was a well-executed, classic take on the cocktail.

Located downtown in close proximity to Lafayette Square and the White House, the restaurant was filled with other families and groups looking catch up over a quality meal. With plant friendly as the theme, mini succulents added a nice touch to the simple yet upscale restaurant.

We made our way to the buffet and were impressed by the selection. Ravi picked up a roasted parsnip, potato, and apple soup first. We were stunned by the innovative combination of vegetables. Grilled scallions and pickled fennel brought out the flavors.

Meanwhile, I made my way to the bread station, which offered crispy breadsticks, baguettes, flatbreads, and a vast array of spreads. It was quite an assortment with red pepper hummus, tapenades, gremolata, soy bolognese, and caper spread. The mayo rice tartare and hemp and basil pesto were especially delicious with the caramelized onion focaccia. I made a mental note to go back for another piece of focaccia. 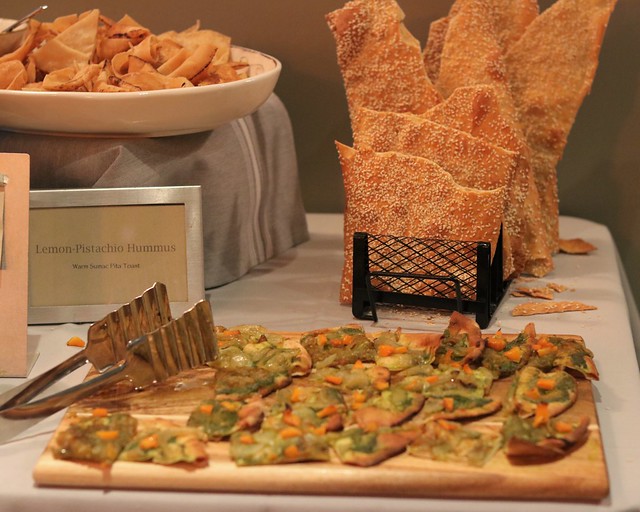 Khushbu was impressed by the miso Japanese eggplant and soba noodles served with Maitake mushrooms and sesame. The eggplant wasn’t my favorite, but the cauliflower tempura certainly was. The crispy golden cauliflower was drizzled in a Tahini vinaigrette, and topped with cilantro and cashews. We also tried a quinoa salad, which included plums and pine nuts, mixed in a red wine vinaigrette. While a healthy option, it’s not among one of our top choices. 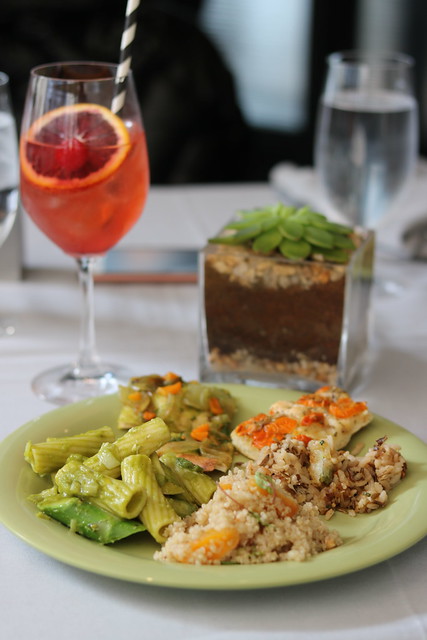 Pasta generally appeals to me. I blame this on my mother’s uncharacteristically high pasta consumption while being pregnant with yours truly. The rigatoni with an early spring asparagus was a surprising choice for a pasta dish. The rigatoni includes a leek fondue and trumpet mushrooms topped with cashew cheese. This was a very pleasant change from the usual items available to me as a vegetarian.

While I decided to save space for dessert, Ravi went to try the tofu scramble station. A variety of vegetables and seasonal items are available. It received his stamp of approval—especially given that it was made to order with his preferences. 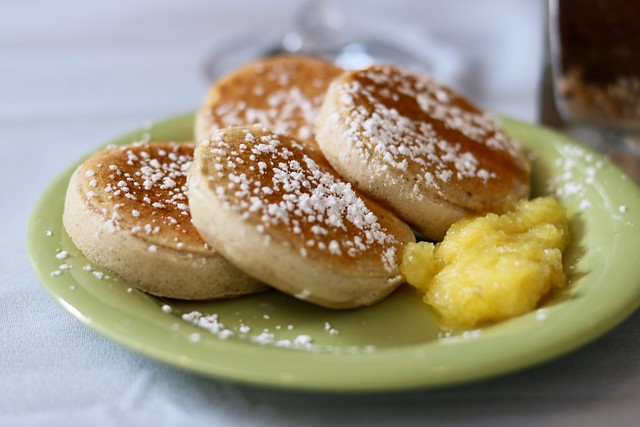 Khushbu was disappointed to find the banana flapjacks were already out at the buffet. Thankfully, Ellen brought out a fresh stack for us.The bite-sized pancakes were served with a tangy pineapple compote and Maple syrup.  We couldn’t quite get enough of these—given their size—as they were so good we wanted more. 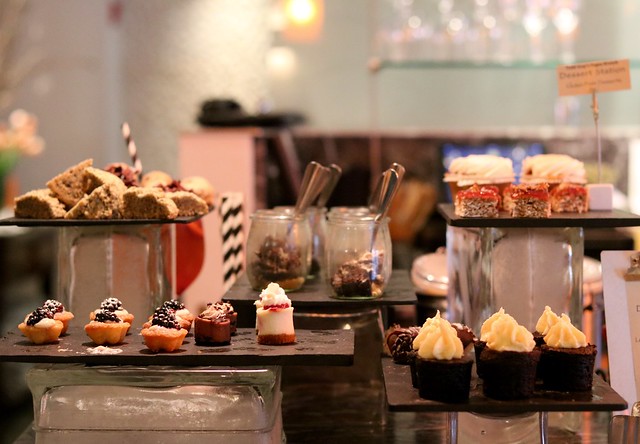 We just couldn’t quite leave without having dessert. Thankfully, all of the dessert items available are petite portions.  Equinox provides an impressive spread of eggless and dairy-free desserts ranging from an almond fig cake, chocolate cupcakes, and peanut butter & jelly bars, among other options. The chocolate and salted almond brittle satisfied my sweet tooth.

Despite having a brunch buffet, the service was impeccable and incredibly attentive. For a completely vegan meal, all of the items are prepared well. However, we would have liked to see more breakfast and brunch items compared to lunch.

The Bitches say: B+ for a beautiful, plant-based brunch. The vegan offerings are truly innovative and incorporate fresh seasonal vegetables and ingredients.