We take the business of brunch pretty seriously. The city is filled with so many incredible options, more places than we’re able to divide and devour. I headed downtown to St. Mark’s Place on this particular Saturday for casual brunch with a friend at Empellón Al Pastor.

We walked in around 1 pm and noticed just a handful of patrons around us. There was a neon sign that signalled to order at the bar. That’s exactly what we did and grabbed a table. Al Pastor is not your cookie cutter restaurant. It’s more of a grungy no-frills dive bar that fits right into the East Village neighborhood. The graffiti-lined walls provided for an edgy atmosphere. 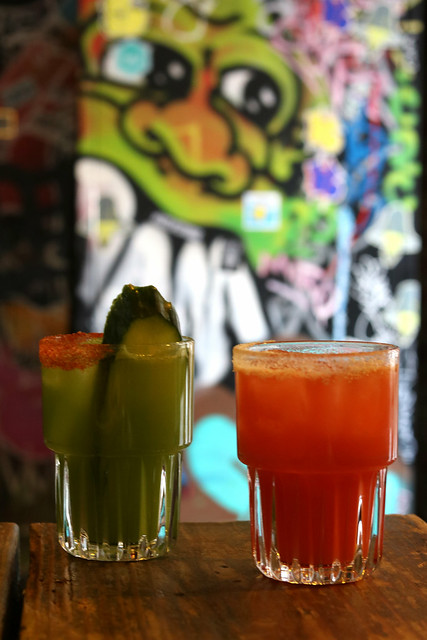 First up drinks were a must. Anuja decided to try the spicy cucumber margarita with jalapeño. The marg was refreshing and just what she needed to hydrate. The drink was rimmed with chile salt for an added punch. As a citrus-loving Bitch, for me the blood margarita was an obvious choice. It was good and tasted as expected. I have to admit the cucumber was much better! 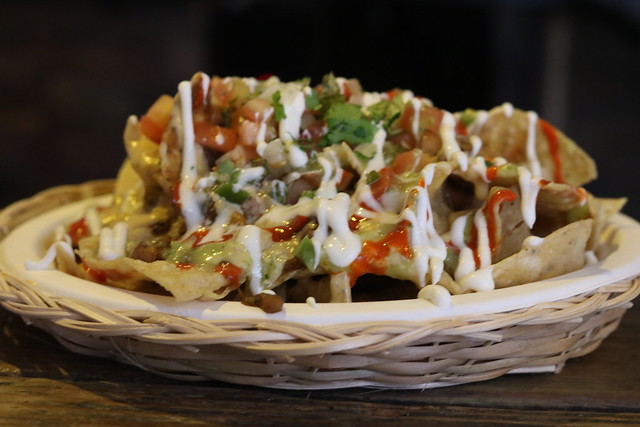 We decided to split an order of the nachos, which were made to be veg-friendly for yours truly. The nachos were loaded with veggies, beans, queso and pico de gallo. These were messy to eat per usual but so satisfying.

I decided to try the Tlacoyo, which was served with lettuce and topped with cotija cheese and sour cream. It was rather disappointing and not noteworthy. I opted for a mushroom taco instead, which proved to be a wiser decision. The taco had all of the fixings and flavors for a proper veggie taco. 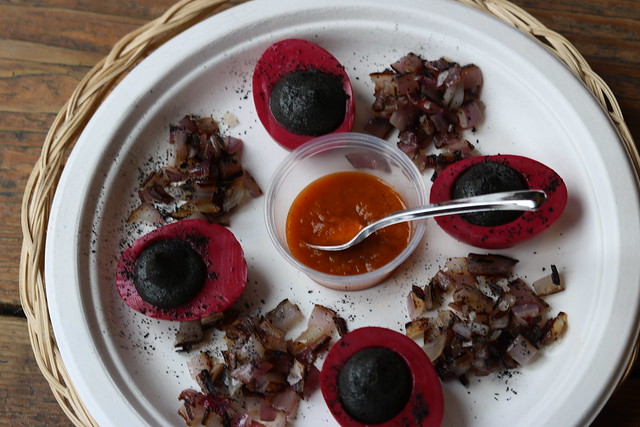 We have to note that ordering at the bar each time we wanted something proved to be a challenge, especially as the bar began filling up. It was a nightmare with just one person manning the bar, taking orders for food and preparing the drinks. Not to mention, every time we went up to the bar, the bartender almost made it seem as if we were disturbing her. 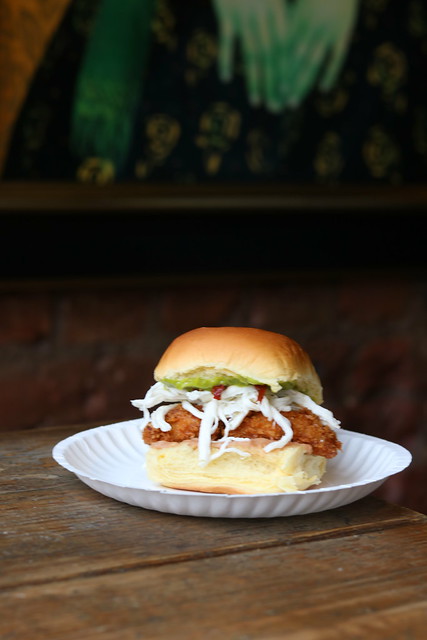 Anuja was curious to have the milanesa slider. The slider was sandwiched between sweetbread and topped with quesillo and chipotle. It was cooked well and tasted okay. It wasn’t what Anuja was expecting, but it wasn’t a total disappointment.

Last but not least, considering its namesake, a bite of the Al Pastor taco was a must for Anuja. The spit-roasted pork taco was topped with pineapple, onion, and cilantro and equipped with three salsas. The taco had a unique combination of ingredients and flavors worthy of trying. We’d say Al Pastor is certainly a place you’d end up hungover if you live around the corner.

The Bitches Say: C for cheap eats and grungy vibes in a quintessential dive bar in the East Village.