There’s something about being in the Lower East Side that just makes you feel like a cool kid. When you wake up and should really take a shower but instead you put on a deceiving hat and some cool sneakers and go to brunch, you’ll be welcomed with open arms if you’re below Houston. Which is where we found ourselves on this particular Sunday, joining the grimy, beanie-clad pack of brunchgoers waiting outside of Dudley’s. 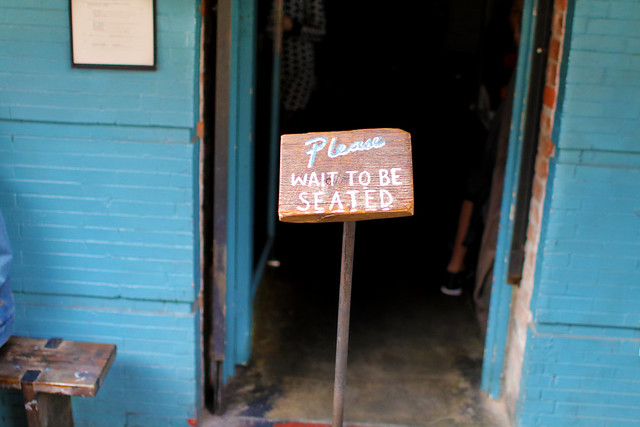 I’m not used to an hour plus wait for a cafe, but I was committed to reviewing the go-to spot of many of my LES neighbors, so we strolled around the hood while we waited to be seated. 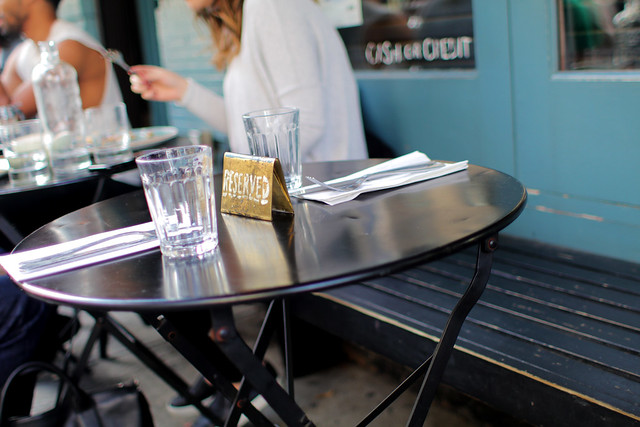 We opted for the first table available, which ended up being outside and allowed for some optimal people watching, despite it being almost winter. The tables outside were no frills; black furniture, sunny blue exteriors, a cartoon-print menu, and a brass “reserved” table sign greeted us. 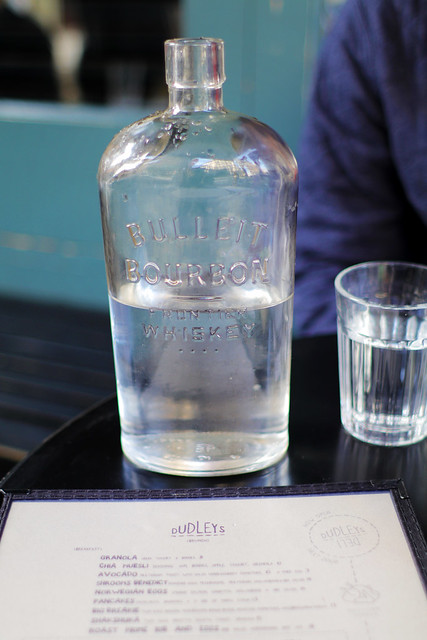 The interior was cozy, with most of the space consumed by the bar, and the ceiling was covered by large wood paneling. Indoor definitely beats outdoor for ambiance. 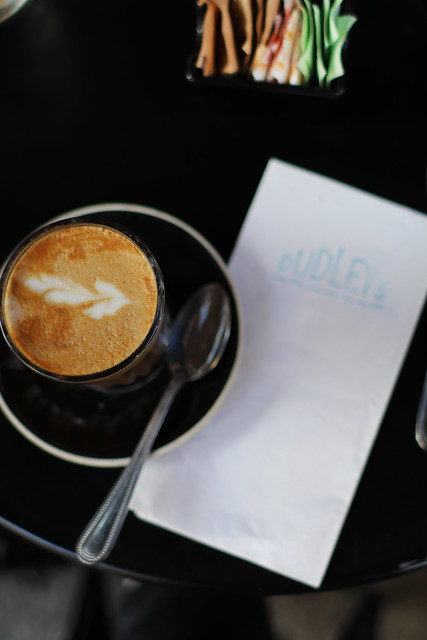 We started with a latte and cappuccino, and both were amazing. 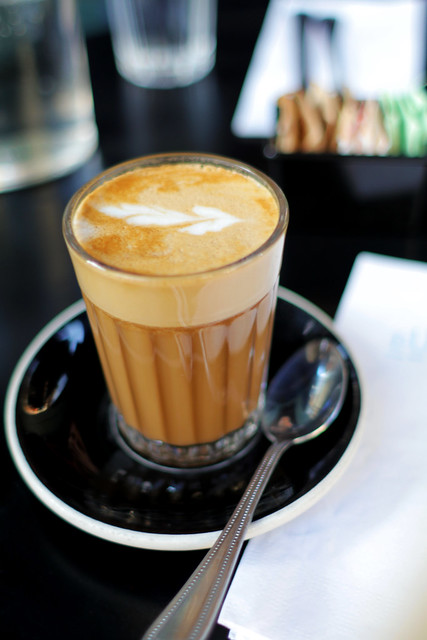 Australians do coffee really, really well, and Dudley’s is no exception. We were off to a great start. 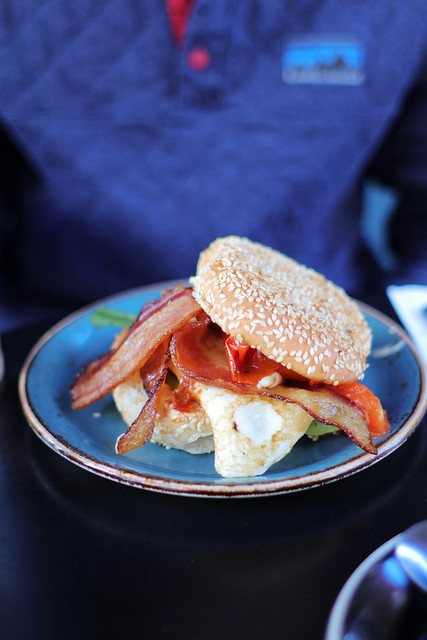 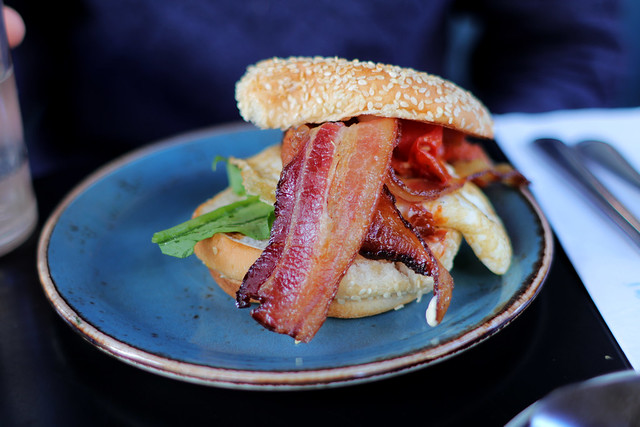 He enjoyed his sandwich but wasn’t blown away, and when I asked him to describe it a week later, he couldn’t recall what it was like. Not negative, necessarily, but not memorable. 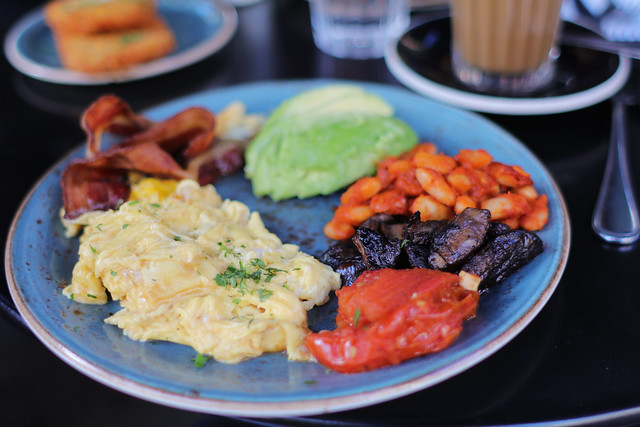 I ordered the “big breakie” with two eggs, bacon, mushroom, baked beans, roasted tomatoes, and avocado. This was what I was hoping for – straightforward, flavorful, and very filling. There was nothing extraordinary, but it was all well executed. 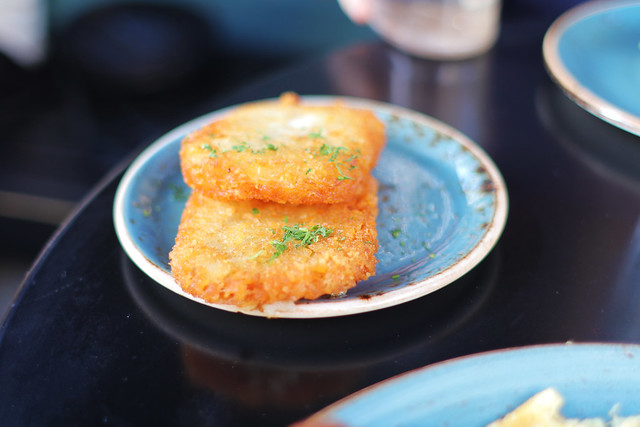 We also ordered a side of hash browns, which were more like two oversized tater tots. They contained gluten, so Paul enjoyed both of them to himself.

We would have stayed longer basking in the last of the November sunlight, but our waiter was a tad bit pushy so we went on our merry way.

The Bitches say: Three Flutes. Brunch was good but not great, and I’m still not sold on what makes this downtown hotspot such a hotspot. Prices weren’t quite cheap enough for a brunch I could easily replicate at home, but it’s prime real estate and offers a laid back LES experience.85 Orchard Street
Lower East Side