We’re a little obsessed with Stephanie Izard here at Bitches Who Brunch. She is a Chicago-native who has opened four delicious, popular restaurants; won Bravo’s Top Chef; had her first restaurant nominated for a James Beard Award; and she won a Beard award for Best Chef Great Lakes… suffice it to say, the girl crush is strong. So we jumped at the chance when Duck Duck Goat invited us in to try out their brunch. 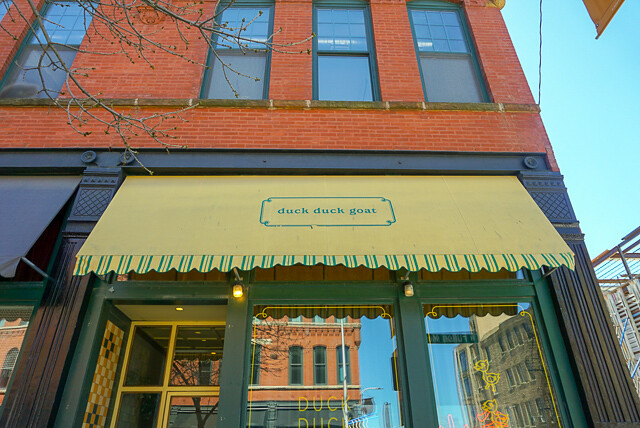 Izard is the genius behind Girl and the Goat, Little Goat Diner, and the recently opened Cabra. She took a Chinese-inspired twist when she opened Duck Duck Goat in 2016 in Fulton Market. The restaurant interior is trendy with lots of homage paid to traditional Chinese design. But paper lanterns have never looked so chic.

The brunch offering is the full dim sum menu, with an option of a curated prix fixe menu that balances breakfasty-options with the traditional dim sum plates. We decided to pick and choose our way through the menu. Our helpful waiter recommended each getting two plates each and sharing. 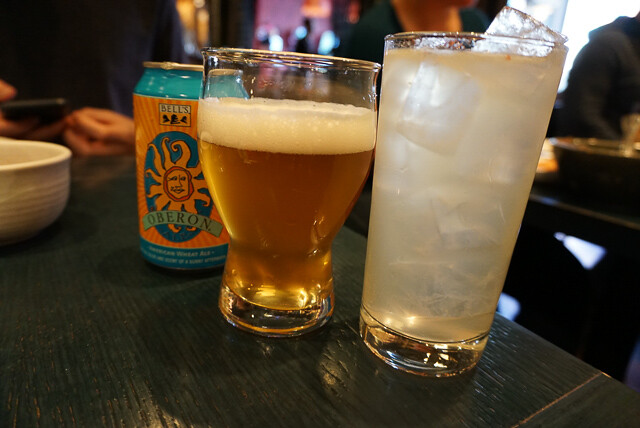 Duck Duck Goat’s brunch drink selection lacks mimosas but makes up for it with a wide array of beer, wine and cocktails. I went with the “Lucky Cricket,” which is a refreshing blend of gin, celery, pineapple, peppercorn, and cava. The pink peppercorn gave the drink a nice bite, while still remaining sippable. 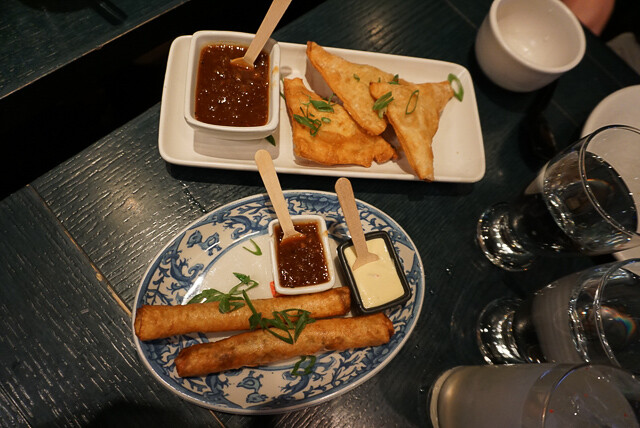 We started with the crab rangoons, served with a side of pineapple sweet and sour sauce. They came piping hot, but we couldn’t help ourselves from diving in. The creamy insides and crunch of the rangoon were a great starter and the pineapple flavor of the sauce was a delicious twist on the traditional sweet and sour mix.

Next we had the spring rolls, stuffed with goat and duck meat. The pineapple sweet and sour sauce made a reappearance, alongside hot mustard. These were quickly devoured and a great appetizer for the table. I fully recommend ordering! 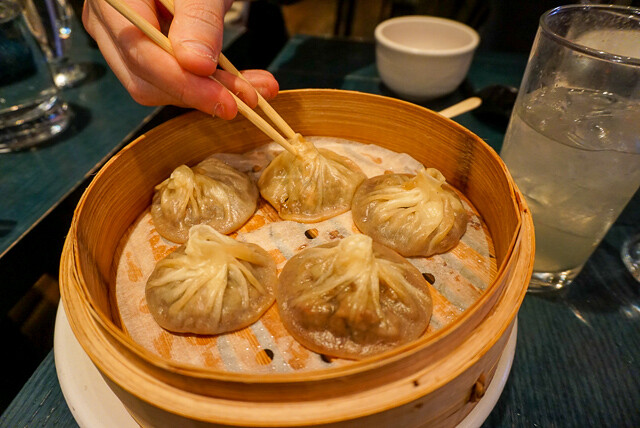 But the pièce de résistance was the Xiao Long Bao, shrimp and goat soup dumplings. If you haven’t had soup dumplings before, which I hadn’t, the helpful staff at Duck Duck Goat will instruct you the proper way to consume these delicate morsels. Using your chopsticks, you lift them into your soup spoon, poke holes to release some of the steam (don’t burn your mouth!) and slurp them down. They were savory and rich. Brush up on your chopstick skills so you can fend off tablemates while scooping up the last one. 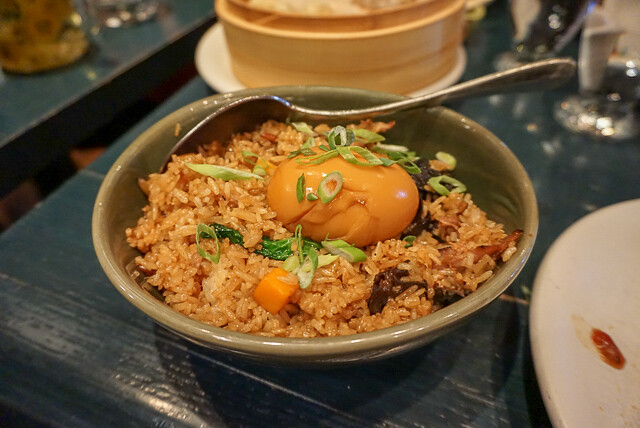 By our final plate, the duck fried rice, we were slowing down. This was okay, because leftovers are never a bad thing, especially when it’s fried rice. The soft-boiled duck egg was poached to perfection, with a more viscous consistency than chicken eggs. We each enjoyed a small bowl before packing up the leftovers for a snack later.