When you get invited to a party brunch in New York, there are a few questions that typically follow. Namely, how much? And then, what do I wear?
The questioning stems from the sheer gamut of Manhattan boozy brunches, which runs from champagne-spraying cocktail-dress ragers to gritty bottomless might-still-be-in-my-PJs binges.
Drexler’s is the latter, but with a friendly New Orleans twist. I quickly realized this when I met three hungover girlfriends there on a recent Sunday. 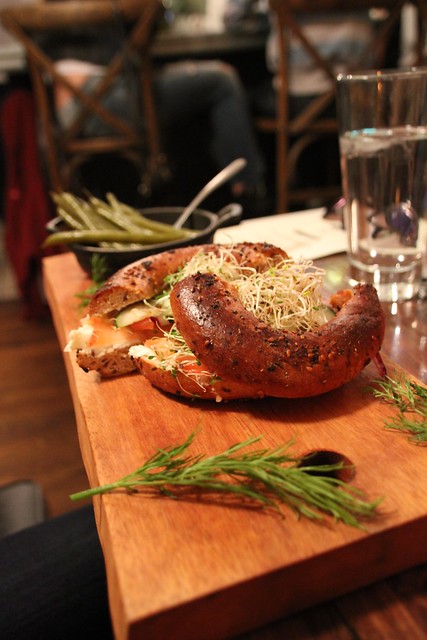 We scooted past the Creole jazz band in the entryway and squirmed past a rather drunk young man who was breaking it down in front of the bar. “Welcome, ladies!” he signaled with his raised glass. It was just noon—we thought we were early for brunch—but already Drexler’s was getting down.
We nabbed a booth in the back, hoping to distance our headaches a bit from the very loud live music and revelry. In hindsight, we should have just joined in. We tried at least: The cocktails started rolling as soon as we were seated. 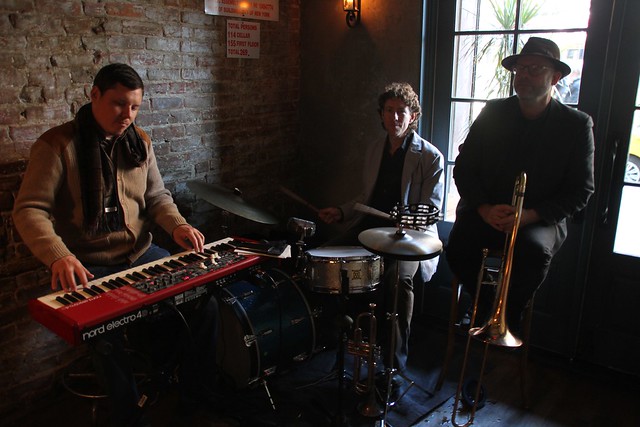 The mimosas were served in vintage champagne coupes, which delighted me. They were made with freshly squeezed orange juice and plenty of bubbles. We shouted at one another over the music. “Look at the Bloody Mary options!” I barked across the table.
Indeed, the cocktail menu is far more extensive than anything listing food. The intention of this brunch spot is to drink, heavily, as if you’re sitting in a hole-in-the-wall on Bourbon Street. 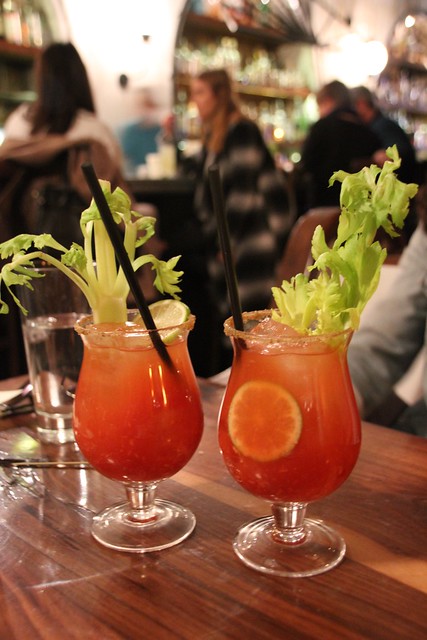 We spent the majority of our time there trying the different Bloody Marys. While the classic Drexler concoction was sound, the Bloody Caesar was just great—a healthy mix of fresh juices, topped with a spray of celery. The Bloody Mediterranean was even richer. 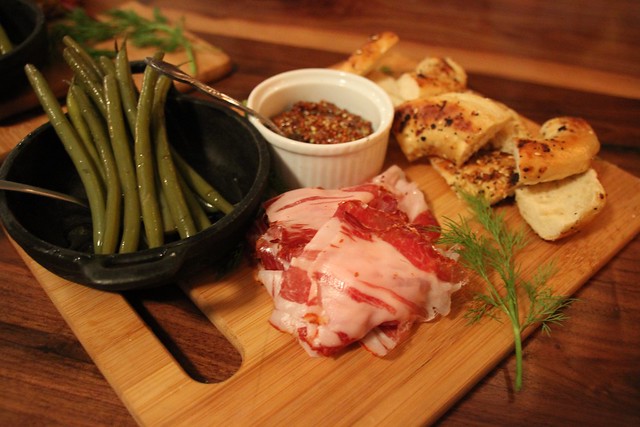 The brunch food is self-order: On the table there are sheets of paper with bagels and toppings options (smoked salmon, pastrami smoked salmon, lonza, coppa). All of these things are supplied by Black Seed Bagels, meaning you could simply go there, or you could go to Drexler’s for your 10 cocktails and a bagel to soak it up. 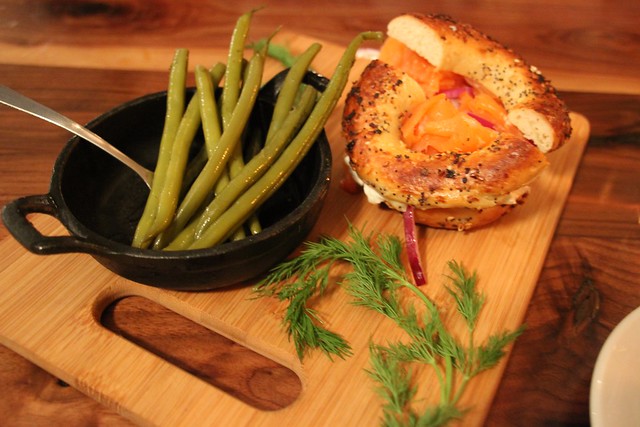 Granted, the bagels were delicious and fresh, and the topping choices were many. They were also artfully presented on wooden cutting boards, with plenty of pickled green beans. Instagram heaven.
There were also some pre-constructed bagel sandwiches to choose from. I had the The Larry David, which was a Pastrami smoked salmon, horseradish, cream cheese, capers, tomato, dill, and red onion on an everything bagel. Sissy had the veggie sandwich, which was a multi-grain everything bagel with cucumber, tomato, sprouts, red onion, and cream cheese. 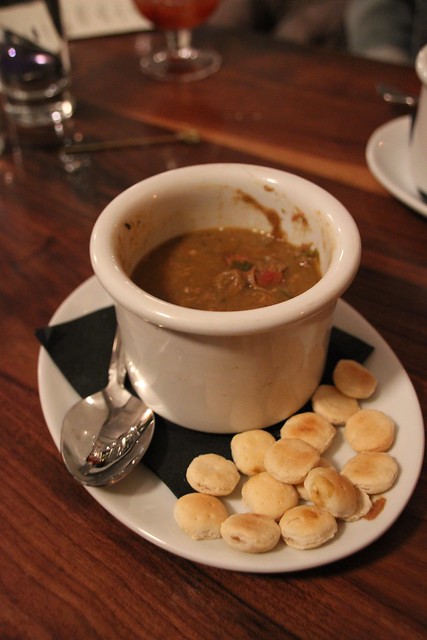 There were, thankfully, a few other options on the paper bagel menu. The gumbo, for one, was delicious. Supplied by Gumbo Bros Gumbo, the soup was stocked with sausage and shredded chicken and tasted like it had been cooking for hours. I could have had a quart of it.
We were impressed by the vibe of the place. The bartenders were running food to the tables, the band was starting and breaking at their leisure, the guests were dancing and whooping.
The New Orleans attitude was soaking in, too. After a few cocktails and some carbs, we were getting used to the party. We even bopped our way all the way out the restaurant when we were finished. Hangovers, be damned. Party brunches cure them.
The Bitches say: B+ Solid laid-back party brunch, with the focus on booze with a side of bagels.
Drexler’s party brunch is Saturdays and Sundays.