No matter your 2017 resolutions, it’s hard to avoid the emphasis on ditching the unhealthy holiday habits as we’ve kicked off the New Year. Personally, I’ve embarked on an ambitious Sober January and have consequently been trying to keep my brunches on the lighter side too.

So when I was recently making brunch plans with my girlfriends Andrea and Jaime, Double Zero in the East Village was quite attractive. The restaurant was recently crowned with a Michelin star, so we figured it must be pretty good, and it’s entirely plant based, so resolution-approved. Plus did I mention, it centers around wood-fired pizzas? Sold. 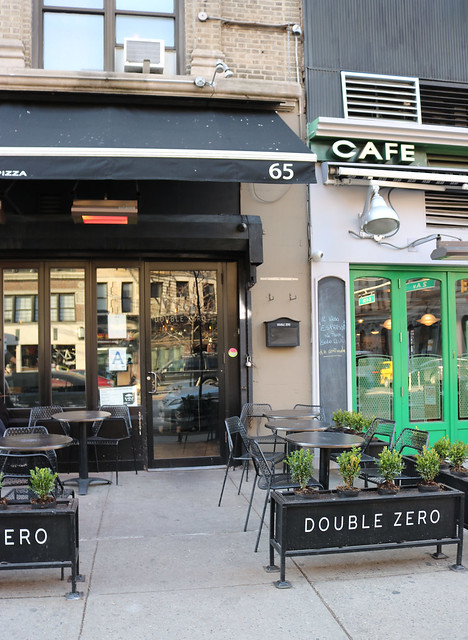 We hit a class at Yoga Vida first so by the time we arrived for brunch at 1:45 p.m, there was plenty of seating available. We made a reservation online, but it wasn’t necessary during the mid-afternoon hours. A table can be tougher to snag during dinner though.

Given its primo location in the East Village, the restaurant is pretty small, but it still maintains an open and airy ambiance. There was plenty of light, which accentuated the whitewashed exposed brick and industrial accents. The main focal point is the impressive pizza oven at the back of the eatery. 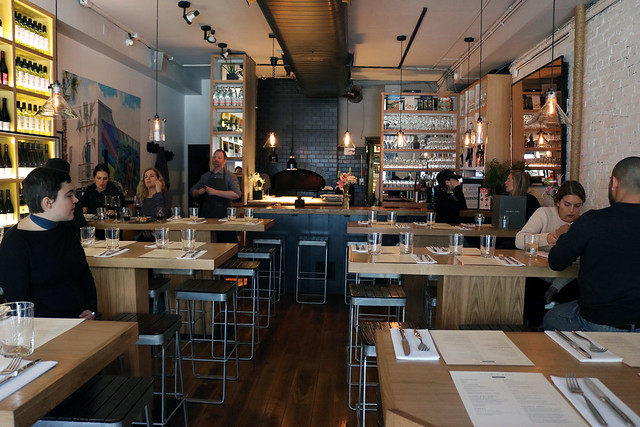 We obviously skipped out on the cocktails and stuck to coffee, served in adorable individual French presses. The coffee was strong and I appreciated that they had non-dairy alternatives like almond milk. 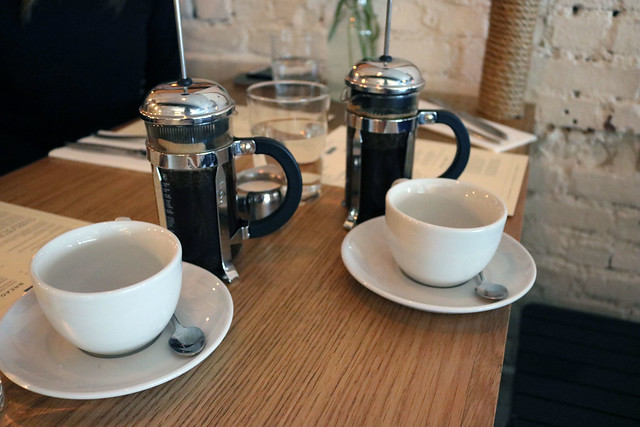 The brunch menu has many options, aptly titled Sweets, Bread, Pizza, and Classics. There are typical American brunch dishes ranging from Benedicts to French toast, all with a seasonal veggie focus.

We ultimately decided to split a few items so we could all get a taste of the menu. For starters, we sampled the sunflower Caesar, surprisingly the only salad option on the menu. The salad featured standard Caesar ingredients like hearts of romaine and radicchio, with some plus ups like sundried tomatoes, capers, and sunflower Parmesan dressing. The salad was refreshing and healthy, but not particularly memorable. We did feel good about getting in our greens though. 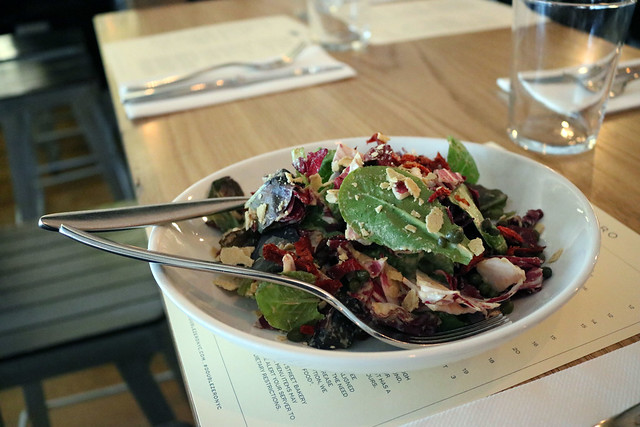 Jaime’s favorite food is chicken Parmesan so trying Double Zero’s cauliflower parm sandwich was a no-brainer. The sammy was beautifully presented; the spicy marinara and cashew mozzarella really popped. This sandwich was quite flavorful and we didn’t miss the meat. Our only qualm was that we wished there was more of it. We also found that the division of the sandwich into three for easy sharing was a nice touch. 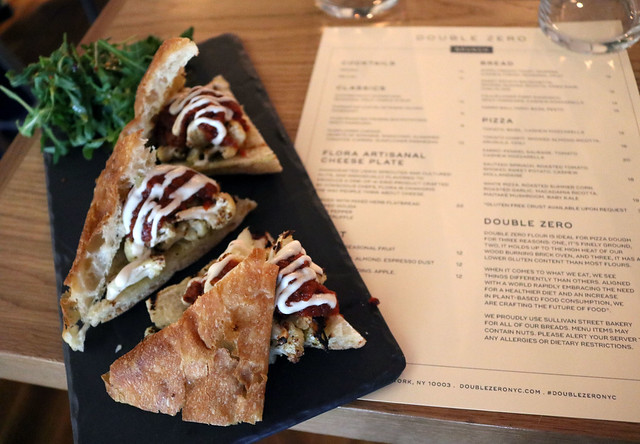 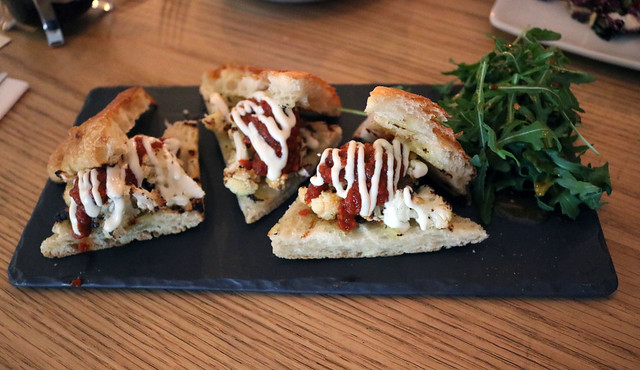 We knew we had to order a pizza, the main question was which one? All of the options sounded delicious. Per our server’s recommendation, we opted for one of the more non-traditional pies, with butternut squash, fresh tomatoes, and sautéed spinach. 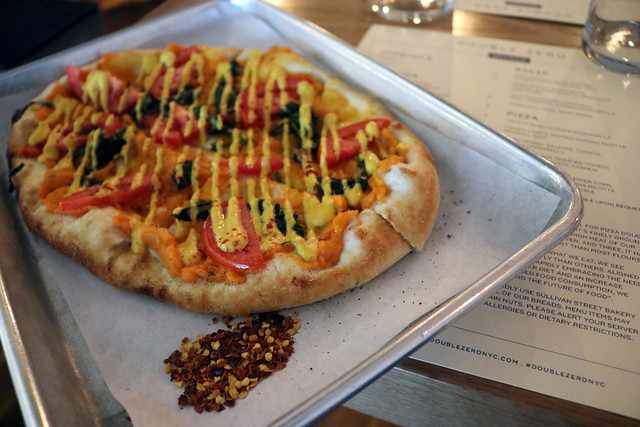 With squash as one of the main ingredients, the pizza was more on the sweet side and unexpectedly delicious. The deep flavors were complementary and we all loved the doughy, soft crust. We easily polished off the pie within minutes. 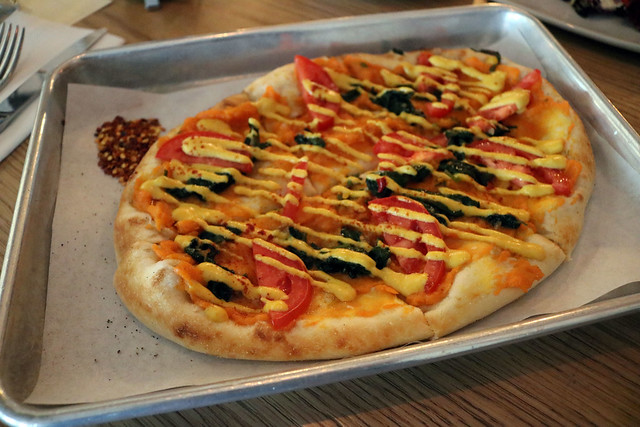 With the healthy, plant-based focus of Double Zero, we left brunch feeling energized and satiated, rather than stuffed. Maybe sober vegetarians do have more fun.

The Bitches say: Four Flutes. A healthy vegetarian option that doesn’t skimp on flavors. The pizzas are a must.