Columbus Tap in the Fairmont Hotel downtown recently debuted a new “Bloodies and Brunch” menu on the weekends, and the Bitches were invited to come check it out. Getting invited to brunch is always lovely, but I tend to be pretty selective about the places I decide to take up on the offer, and want to ensure that I am giving honest reviews, and brunching at places that I would actually go to brunch. 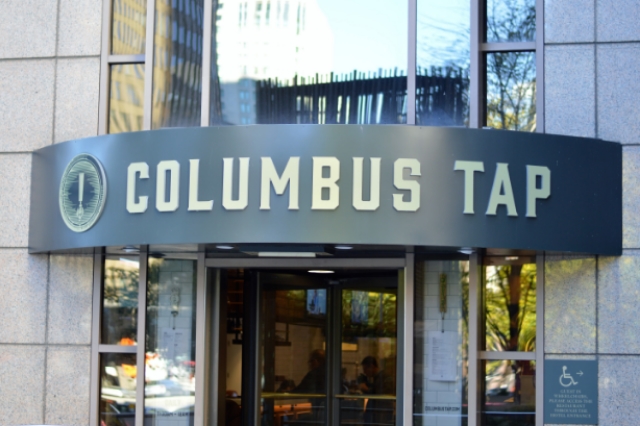 When the lovely peeps at Columbus Tap invited me in for brunch, there was no way I was saying “no.” In part, because the Fairmont is one of the nicer hotels I have been to downtown and I have never been disappointed in the food or events I have attended there. But also because Chef Atticus Garant is a favorite of mine.

I have met Atticus a few times since he has been in Chicago, and while he may not remember me, I never could forget him. Atticus is a giant teddy bear; he has sleeves of tattoos on his arms, and a large frame (he must be 6’5” at least!), but nonetheless he is this lovable guy who is so passionate about his culinary skills and is incredibly knowledgeable about all different types of food.

He also is from Vancouver, where my husband is from, so that makes me love him a little bit more. Side note, I had to warn my husband upon heading to brunch that there is another guy from Vancouver who makes my heart flutter. I, of course, stressed the fact that it was because of his awesome food, and not the fact that he is also incredibly good looking… Ahem. 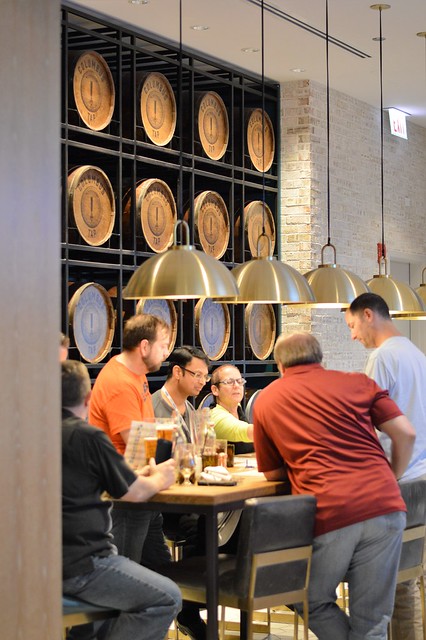 We arrived to Columbus Tap and entered the gorgeous space on the first floor of the hotel. The decor is modern and inviting; leather chairs and bar stools, warm woods, and lots of brass accents throughout. A barrel wall in the far corner is a beautiful backdrop for the large, round bar area. The bar is inviting, and it embodies that of a modern gastropub; the beer influences and reflections are everywhere. 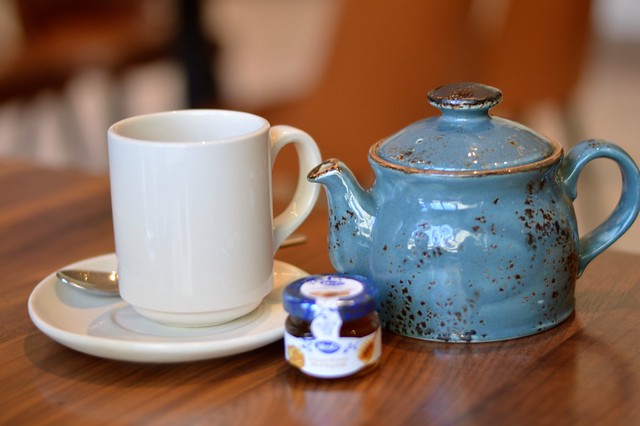 We sat down at a lovely booth that was well-lit, thanks to the huge up-to-the ceiling windows at the front of the restaurant. Our lovely server promptly greeted us. While the brunch menu is limited, it still has the perfect amount of upscale brunch dishes that will please every palate. 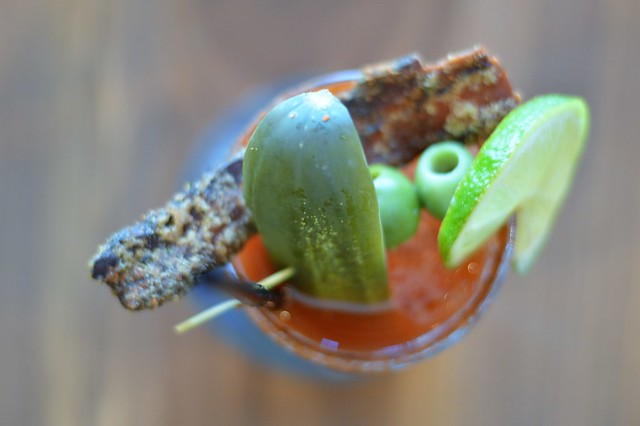 Of course, the brunch menu is also a reflection of the restaurant’s admiration for Bloody Marys; you can choose a rim, a base, a beer, and a garnish. I opted for a vodka-based Bloody, while Chris went with a beer. Also, an Old Bay rim and the option for Clamato? He clearly gets me; my favorite things about Canada are the poutine and the Caesars, a.k.a Canada’s Bloody Marys, made with Clamato instead of tomato juice. 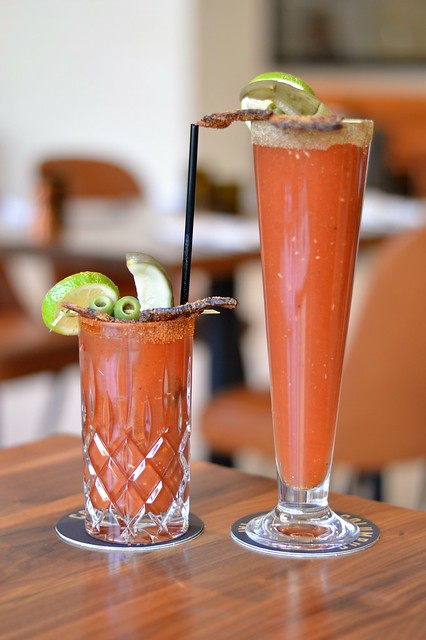 As we perused the brunch menu, we decided to start with a few appetizers at the recommendation of our server. One of the brunch dishes we had decided on was “The Orchard,” a souffle-style pancake that takes about 25 minutes to prepare, so as we waited for that, we chose the BBQ cauliflower and one of the toasts to munch on. 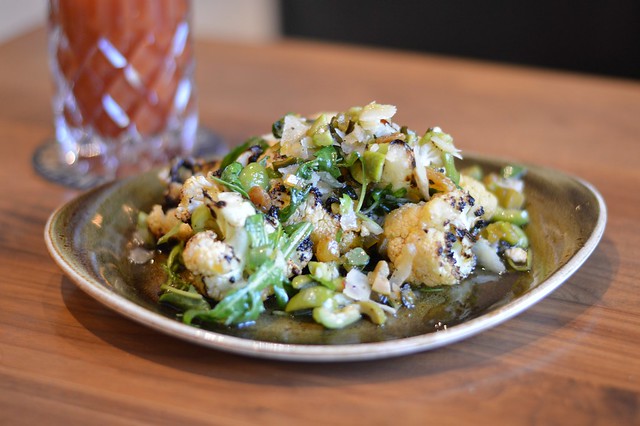 The BBQ cauliflower was divine; a sweet dish of charred cauliflower, it was full of flavor. This dish would be perfect on the Thanksgiving table, and a fully intend on trying to recreate it! There were golden raisins, green olives, with a sweet sauce made from preserved lemons, among other things, and topped with pecorino cheese. 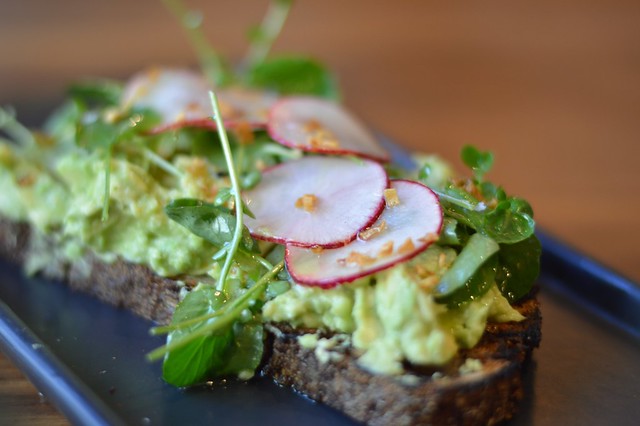 They have several open face toasts to choose from, and we decided to go with the avocado toast, made with lemon, shaved radish, and hot pepper. It was perfect. It came a top of toasted Publican Quality Meats bread, which is my favorite. 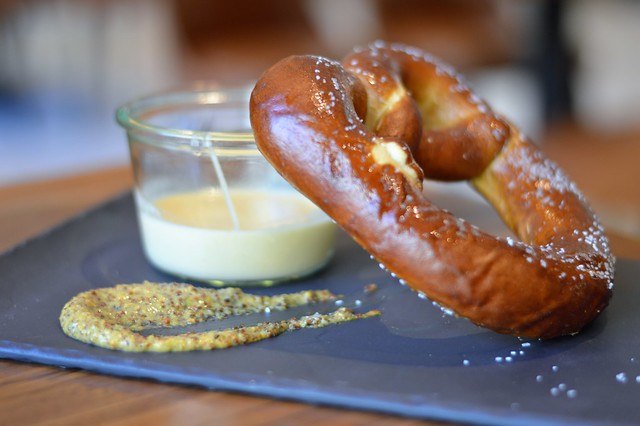 Chef also sent over the house made pretzel served with a maple mustard and warm beer cheese. I had been eyeing it, so it was as if Chef had read my mind and sent it over. The pretzel was delicious; the beer cheese was full of flavor. I could have drank it, it was that good! 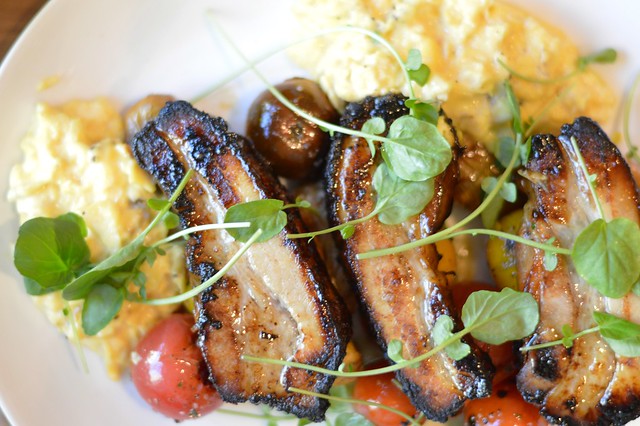 Our entrees arrived next. In addition to the pancake, we also ordered the “eggs and bacon” to share. The dish was four thick cuts of maple glazed pork belly, a top of perfect scrambled eggs, smashed fingerling potatoes, and blistered tomatoes. The eggs were creamy, finished with sour cream, and absolutely divine. The pork belly was equally as delicious; the maple had secured a lovely, crispy-sweet crust on the outside of the meat. 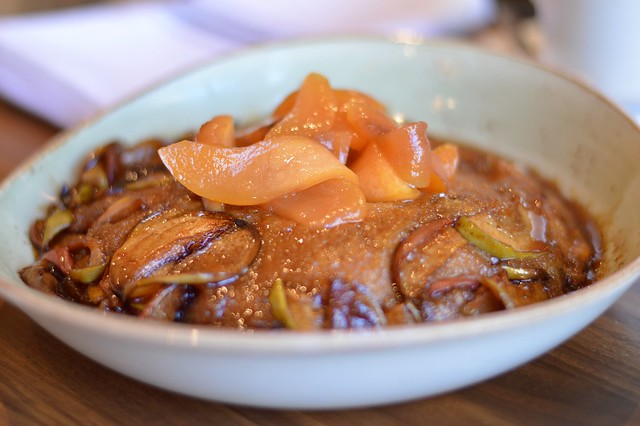 The pancake was the real winner, though. A large, thick, fluffy, souffle-style pancake, topped with cinnamon roasted apples and pears, and bourbon preserved peaches, it was surrounded by a thick syrup like sauce thanks to the warmed fruit. 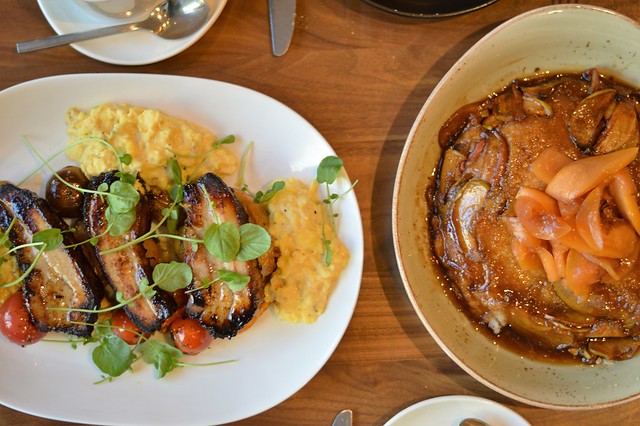 The pancake was certainly sweet, but not overly so. It was dessert-like, one bite was never enough. This dish was huge though and in my opinion, is meant to be shared. Thankfully, Chris and I had refrained from even a coffee the morning of our brunch, so our bellies were more than willing to be filled with this brunch goodness. 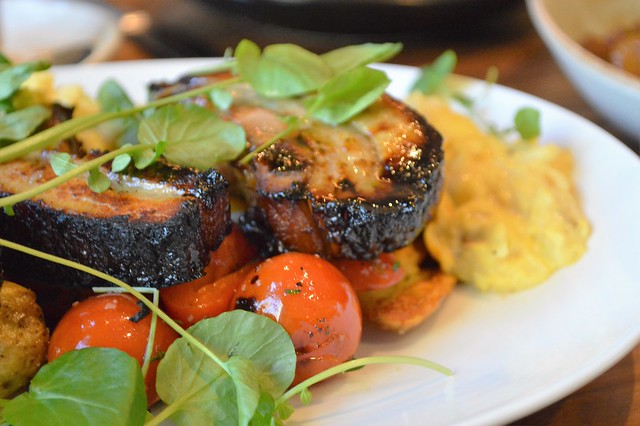 Don’t be fooled, hotel restaurants get a bad rap, but Columbus Tap is most definitely an exception to that rule. Chef Atticus and his team have created a wonderful ambiance, all while remaining true to the passion behind the restaurant’s concept. The “Bloodies and Brunch” menu, while small, is just what you would expect from this upscale gastropub, and the dishes are not disappointing at all.

The Bitches Say: A. If you are in the area, or shopping on Michigan Avenue, make sure to stop in for a beer, a Bloody, and weekend brunch. We will be back to try their upscale pub fare for dinner, and we will definitely be back from brunch thanks to “The Orchard.”