Tucked inside of the Lenox Hotel, City Table is the perfect spot to escape the commotion and wait times typical of Back Bay brunch locations. 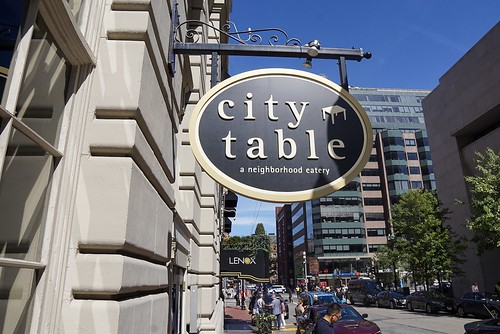 It was 11 a.m. on a Saturday morning, the sun was shining through the large windows, and there were a couple of tables enjoying a coffee and a meal. Our server Hayley greeted us, and I immediately asked her for her top recommendation. I do this a lot since it directs me toward delicious options I might have otherwise overlooked. 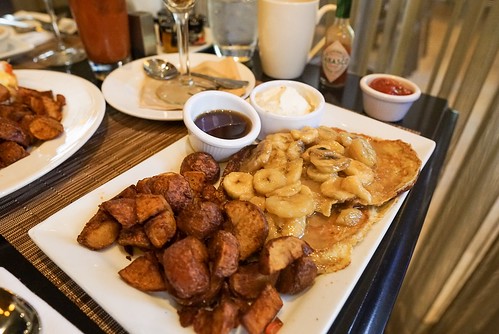 Hayley let us know that the croissant French toast was one of their signature brunch items. Cat and I both agreed that we needed the French toast and then decided on a couple of other items. City Table offers bloody Marys and mimosas, so it was an easy decision… both! The drinks were what you would expect and did not stray from traditional orange juice and chanpagne or a typical bloody mary mix. 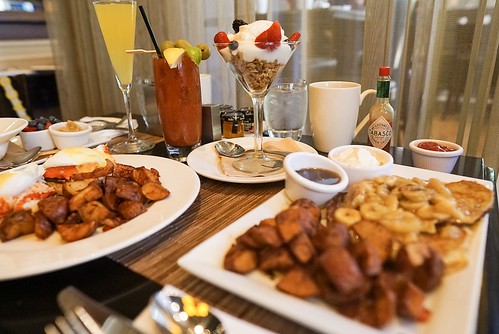 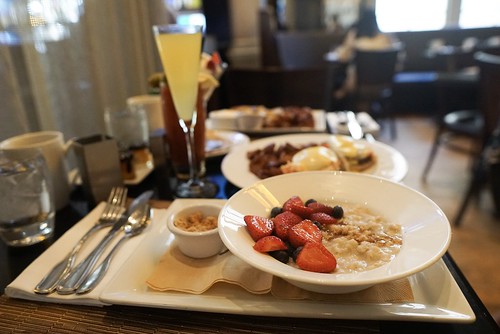 Everything arrived at the table faster than I could even finish my coffee. The croissant French toast was the highlight of the spread. The plate was topped with bananas foster and there was a side of maple syrup to cover almost every inch of the plate. The croissant was flattened into a piece of toast but still held its airy consistency. The banana foster was sweet and is always a great addition to any breakfast carb. There were a ton of bananas so if you are not a fan of the fruit I would ask for the topping on the side or replace it with some mixed berries. 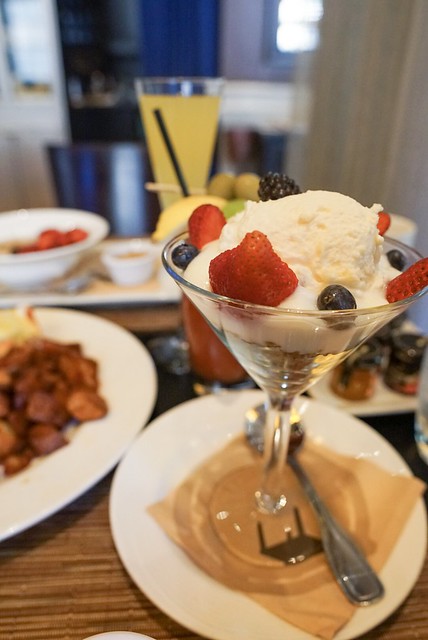 City Table makes their granola in house, so we couldn’t wait to dig into the picturesque parfait presented in a martini glass. The berries were fresh but minimal. This dish would be perfect for someone looking for a light snack before exploring the city – or to share with a friend as an appetizer. The granola parfait was topped with fresh cream that was whipped in the kitchen that morning. This made my day, and added some serious fun to an otherwise healthy dish.  The oatmeal was served with a side of berries as well and a small dish of brown sugar to mix in. Honestly without the toppings, this oatmeal was bland, but the point was to add your own and make it how you would like! 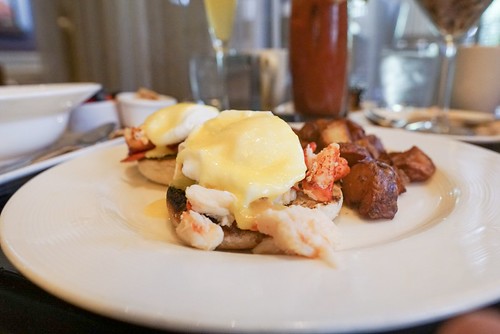 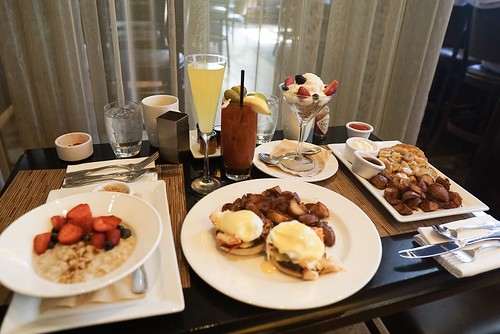 I think there was a bit of a mix up because we had ordered the lobster Florentine without ham (Cat is not a red meat eater), but the dish came out looking more like lobster Benedict. Once I realized there was no spinach anywhere to be found, it was too late to ask because I had eaten so much of it! Despite the missing ingredient, the lobster was fresh and the eggs were nicely poached. The home fries were crispy, and the hollandaise sauce was the rich buttery complement to the delicious lobster! I took a couple of sips of a bloody Mary in between bites and would recommend this savory pairing.

I almost forgot that the restaurant was located in a hotel until we made our way out. It was not noisy or overcrowded, and the staff was attentive to all tables. There is plenty of space for a large party and this restaurant would be a great option for a family! The experience would have been elevated by a dedicated brunch drink menu.

City Table feels like an escape from the city and will have you enjoying brunch in Boston’s Back Bay without the notoriously long wait time.