Having lived in Chicago for four years, I have learned a thing or two about hosting friends in the Windy City. For most of the year, Chicago’s weather can be, frankly, not fun.

But after spending the majority of the year hibernating and enduring awful cold, we are rewarded with three months of glorious sunshine. Summer is truly the best in Chicago, and by that point, we deserve it.

Every year, I send an email in January encouraging my friends to please begin planning a tentative trip to Chicago for the summer. Because, when you have visitors in winter, it is a challenge. And with summer only being a mere three months, you really need to get your peeps scheduled. In summer, guests can actually appreciate what Chicago has to offer, instead of assuming you live in the most miserable place ever.

This summer, my married best friends and former roommates, Alex and Sarah, finally came to visit Chicago; a first time for both of them. After spending Friday and Saturday doing touristy things, as well as dining and drinking at hot spots around the city, they joined me and friends Steve and Svetlana for brunch. 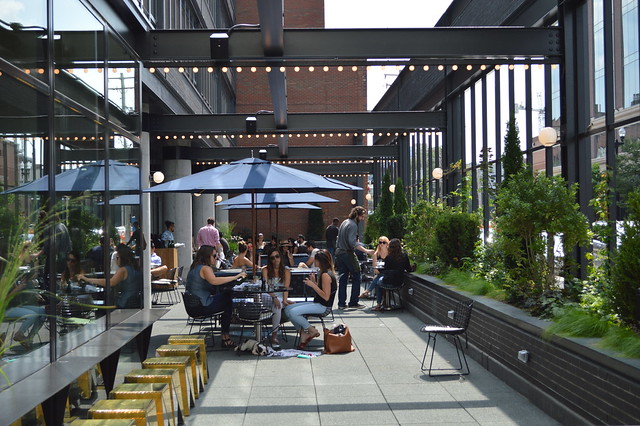 City Mouse, the new restaurant in the Ace Hotel in the West Loop, has been praised as a breakfast and brunch hot spot since it opened. There is an expansive patio at the front of the restaurant, complete with fire pits and cute patio tables—perfect for summer patio cocktails or fall lounging.

Inside, there’s a charming living room space with couches, plus a counter and bar where you can order a quick latte. Then, behind a long sheer curtain dividing the space, is the main dining area. City Mouse is charming and not overly pretentious; it provides a comfortable and relaxed ambiance. 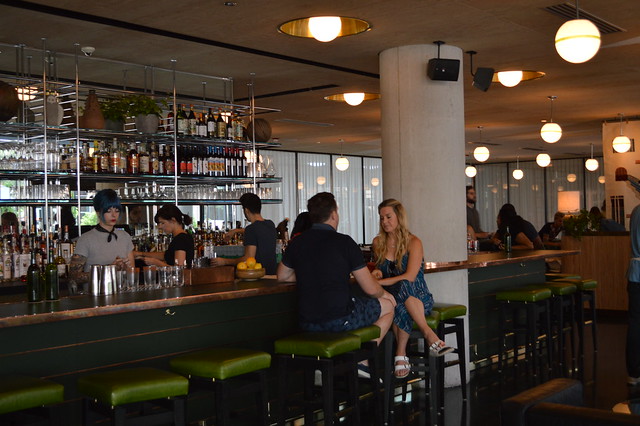 Hoping to sit on the patio, we were informed of a wait, and so we decided to get a large table for six inside. I should mention that, much to my dismay, Steve and Svetlana have recently decided to go vegan. As the stereotype goes, within two minutes of meeting a new person, they will inform them that they are vegans. Our server was no exception. Actually, they are “pesce-pescetarians,” as in they will also eat fish that eat other fish. Yes, you read that right. 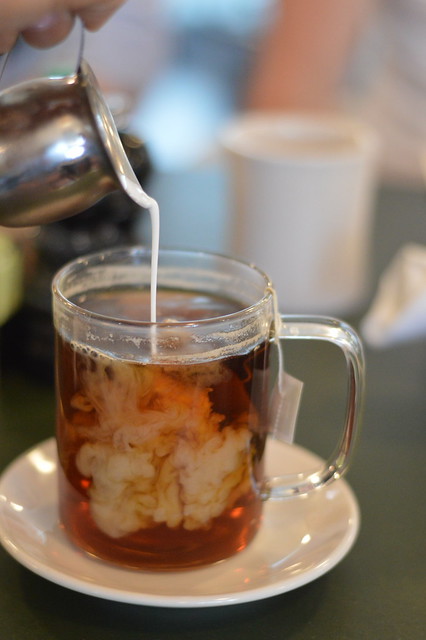 Seemingly a new hire, the server took our drink orders, mostly tea and coffee, with Steve and Svetlana opting for a beer and a cocktail, and as she arrived back to the table, she nearly knocked over the tray of beverages. It was a close call. 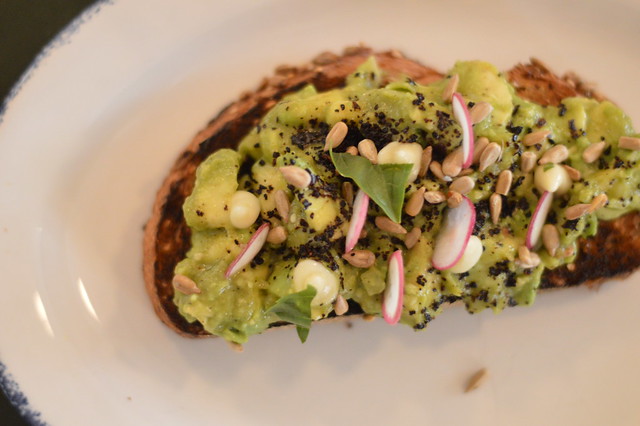 When Svetlana asked our server about vegan options, she at first gave drink options. We all stared at each other in confusion; aren’t most beverages vegan? Once we explained that Svetlana was referring to vegan menu items, she then proceeded to get vegan confused with gluten-free dietary restrictions. The vegans gave up. 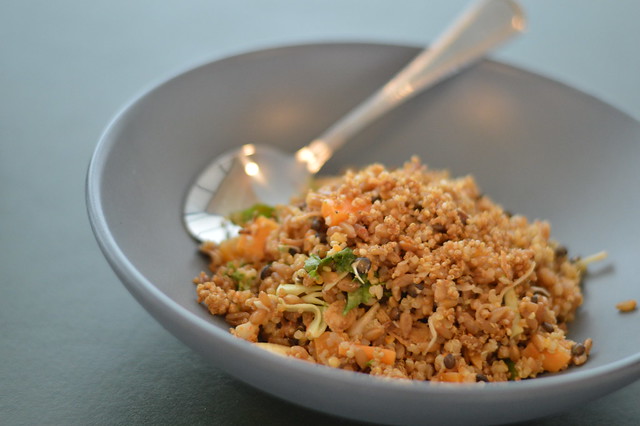 I insisted on everyone ordering something different, and to my surprise everyone obliged. Svetlana opted for the avocado toast, topped with sunflower seeds, radishes, and Hungarian peppers, while Steve decided on the roasted Brussels sprouts grain bowl, which was the clear winner of the two vegan options. Made with cabbage, pickled mango, almond, and a spicy coconut vinaigrette, it was really delicious, and the flavors were complex. 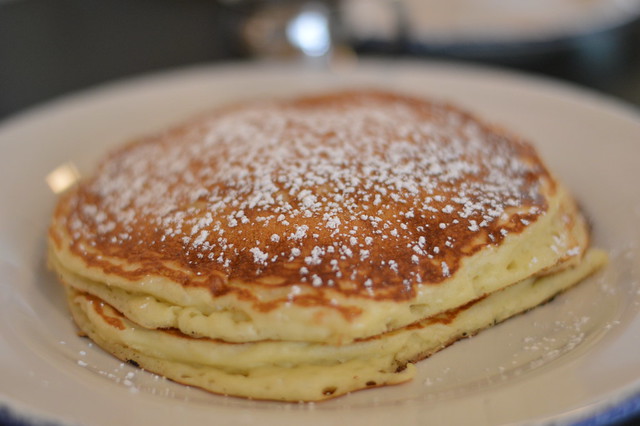 Sarah was a basic Bitch and went with the two eggs breakfast, accompanied by hash browns, sourdough, and a choice of bacon or sausage. It was, to no surprise, average. I went with the pancakes with strawberry jam and maple butter. The jam was very good, but there was nothing extraordinary about the pancakes; they were average, as well. If it weren’t for the jam, I would have been really disappointed. 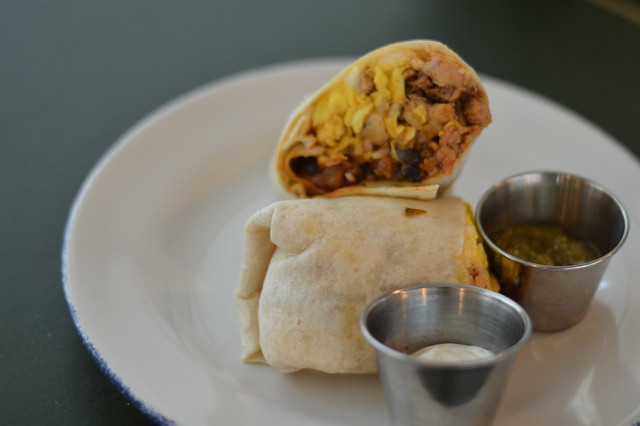 Chris went with his favorite brunch item, a breakfast burrito. He especially enjoyed it because it was made with brown rice as opposed to white, along with scrambled eggs, pineapple, black beans, chihuahua cheese, and roast pork. 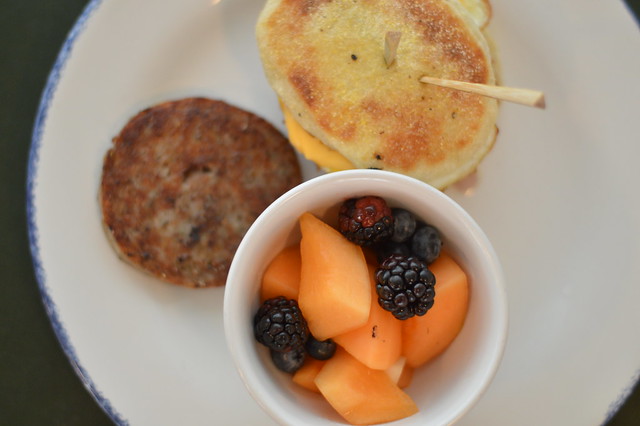 Alex decided on the “Gas Station Sandwich,” which made me instantly think of the 7-11 breakfast sandwiches I’d rush to get in the morning before class. It was an elevated breakfast sandwich, and it was certainly unique. The sandwich was layered with hash brown, egg, cheese, grape jelly, sausage, and Michigan-grown fruit. I had a taste, and it was surprisingly greasy and heavy. 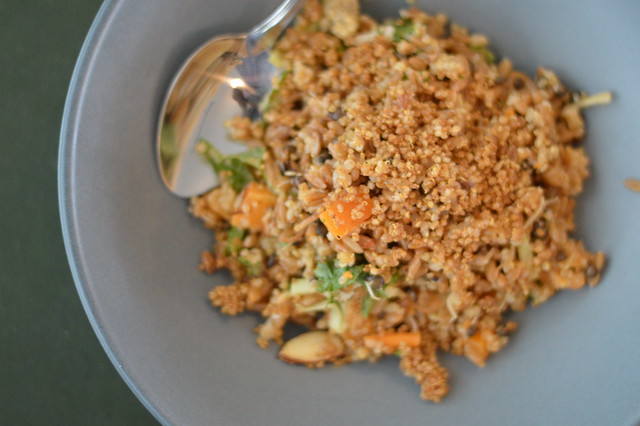 I had high expectations for City Mouse; it sounded like a cool new spot. Unfortunately, it wasn’t the most impressive brunch I’ve had in Chicago. So next time I have summer friends in town, I would pass on this brunch option. For an afternoon meeting, though, or a quick bite with a friend, I would return.

Bitch tip: If you do go to City Mouse, it is totally worth it to hang around until Waydown, the bar on the top floor, opens. With stunning views of the city and a fun relaxed atmosphere, this has to be one of my favorite new bars of 2017. The cocktails are awesome, and they have delicious snacks and appetizers that are perfect for sharing.

The Bitches Say: C. City Mouse is a cool, relaxed spot, and we are glad we checked this off of our brunch bucket list. Still, it didn’t wow us. Cocktails on the roof at Waydown are ideal, though; so be sure to check that out.