The Garment District may not be the first destination you think of on a weekend. Known for gritty streets with rows of fabric stores and fashion schools, it’s also home to a few hotels looking to celebrate the style in the birthplace of American Style, a term coined in the 1800s when it got its name.

If you’re there (or you have family staying in one of the many hotels in the neighborhood), the Archer Hotel is a more fashionable option, featuring a luxury vibe common to some of the area’s better establishments. With an upscale bar, restaurant, and roof deck, the typical bland chain hotel this is not. 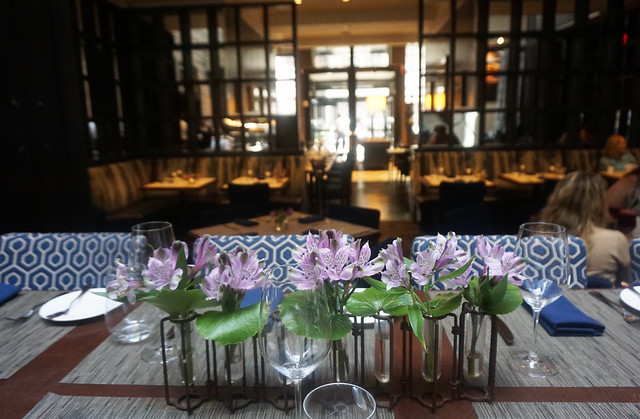 On a recent Sunday, we ventured above 14th street to the Archer for brunch at the new Charlie Palmer Steak New York off of the lobby. Despite the “steak” moniker to which one should rightfully caution (unless loud men in suits is your thing), this version is designed for the more contemporary diner.

Skip the outdoor dining; it’s situated amidst the noise and exhaust of 38th street. The interior space is thoughtfully done, with textured wallpaper and original art lining the walls around the airy dining space. The staff is among the friendliest you’ll find in midtown, and the crowd is what New Yorkers come to covet after a few years in cramped dining halls: sparse. This isn’t the trendiest brunch in town, but you can hear yourself talk and get better service than you’re used to. 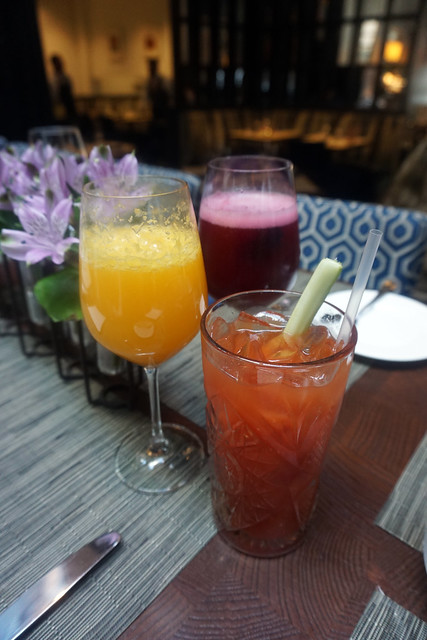 Upon online advertisement (and in-person urging), we gave the “Mimosa + Bloody Mary Cart” a try. We were hoping for a shiny cart with a jaunty bartender, but the drinks arrived sans gesture, the cart stuck in the corner. Not to worry; the pomegranate and currant mimosa was novel and not too sweet. Being our resident authority on Bloody Marys, I tried theirs—and was neither repelled nor impressed. And at $38, the bottomless option isn’t badly priced given the restaurant’s category—but it’s still a lot. 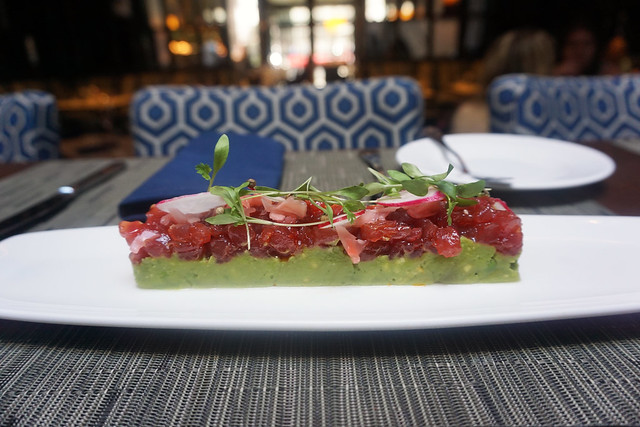 We started with the charcuterie plate, a standard array of meats and cheeses. The tuna tartare was easily the most artful dish, arriving in a long, architectural sliver of tuna, avocado, and citrus ponzu. Refreshing, if not distinct. 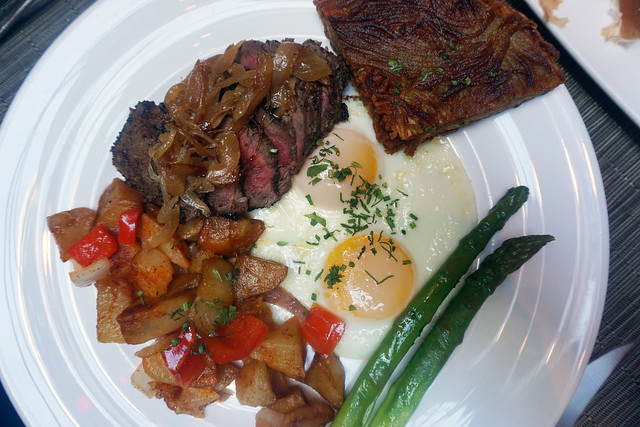 I went for the steak and eggs, which, if I’d made them at home, would have been met with confirmations and praise. But here, in this elegant setting, I expected more. The steak was very fatty and lacked the flavor I was expecting for a restaurant’s namesake dish. 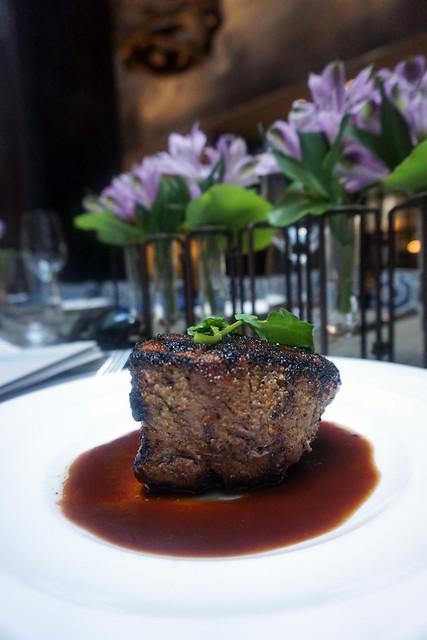 Another in our group opted to make dinner out of brunch and ordered the filet with a side of asparagus. But while you expect a filet to melt in your mouth, this one didn’t. It wasn’t bad—but it wasn’t $49 good, which is what the menu advertises.

The donut wheel is the other touted offering and—you can guess where we’re going with this—is also just not that great. While the turning plate of donuts was a table-pleaser, the sauces were sugary sweet and the donuts were extremely dry. 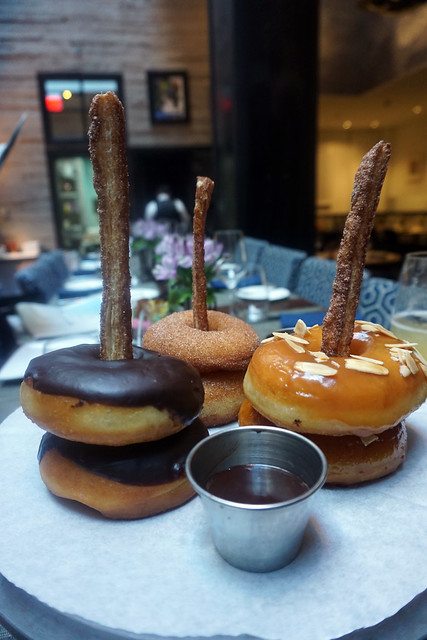 After brunch, we went upstairs to Spyglass, the Archer’s rooftop bar. Probably the best amenity of Midtown hotels are the terrace or rooftop bars, offering close-up views of some of the city’s classic Art Deco towers. 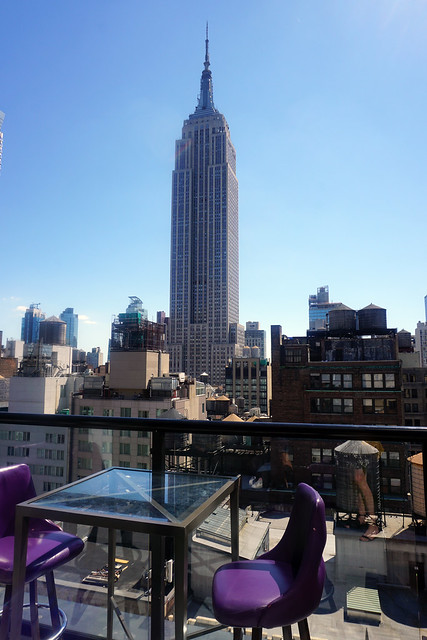 Spyglass, the Archer’s rooftop bar, gives you a bright, bold view of the Empire State. If you can stand the music—club music piped at a volume suitable for Saturday nights—it’s worth the trip.

The Bitches Say: Three Flutes. Better food is to be found elsewhere, but if you need brunch in the neighborhood and can take advantage of nearby hotel rooftop bars for the afternoon, it’s not a bad option.