It’s been awhile since I’ve brunched at Chalk Point Kitchen in west SoHo, but not for lack of trying. The buzzy healthy restaurant is a hot ticket for brunch, especially since it takes reservations.

Recently, my friends Jen and Austen wanted to meet for brunch and we took a gamble that we could slip into a table. We arrived on the earlier side, around 11:30 a.m, and were told the eatery was fully booked, although only a few other patrons were seated.

We waited it out briefly at the bar for a short bit, until to our delight we were granted a table as long as we could scoot out before the next reservation, which we gladly accepted. 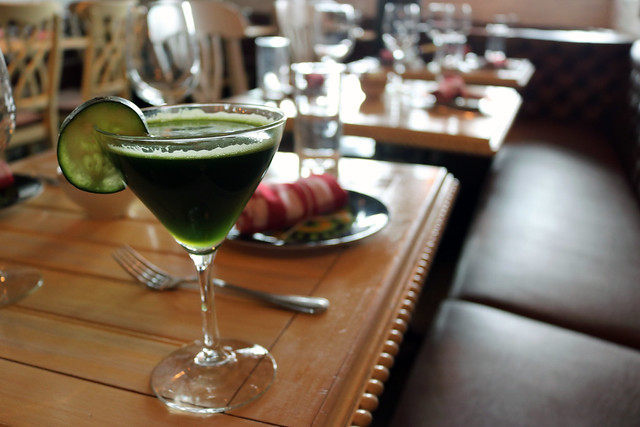 I had previously dined at Chalk Point, but Austen and Jen were first-timers. They immediately complimented the kitchy tableware, abundance of greenery, and overall quaint ambiance; it’s as if you’re dining in a lovely, airy farmhouse.

The lush greenery and fancy farm feel matches the menu, which is market-to-table, sustainable, and plant-focused. There are a number of tantalizing toasts ranging from your now-typical avocado toast to a more inventive sheep’s milk ricotta with black truffle honey. The menu also features more substantial brunch plates like a chorizo hash and baked sourdough French toast, and an impressive array of Benedict variations.

To celebrate the fact that Austen was back in town from her new home in Chicago, we started with a round of beverages. She had the mimosa with fresh squeezed juice, while I went the more nontraditional route with a kale martini. The kale martini can be dangerous because you receive the satisfaction of getting your greens in while the bold, earthy flavors totally mask the taste of alcohol. 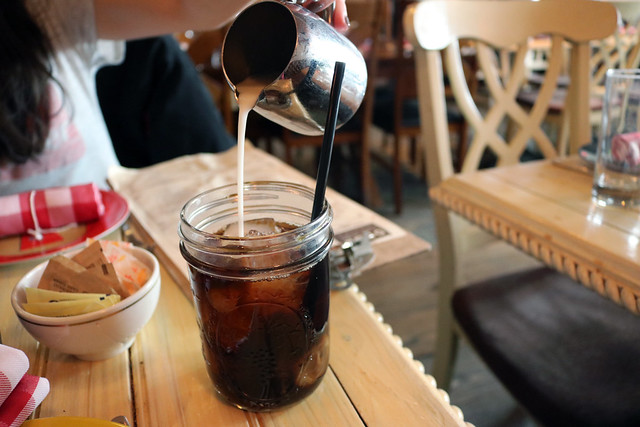 Jen had a little more self control and stuck with an iced coffee with almond milk. They provided plenty of refills so she was sufficiently caffeinated.

We can admittedly be basic Bitches so splitting one of the toasts was a give-in. The question was avocado, ricotta & black truffle honey, or almond butter & banana? Our collective sweet tooth got the best of us and we devoured the latter toast with crunchy nut butter, sea salt, wildflower honey, and pomegranate seeds. We loved the variety of textures and sweet tastes, which weren’t overpowered by too much bread; that’s the worst. 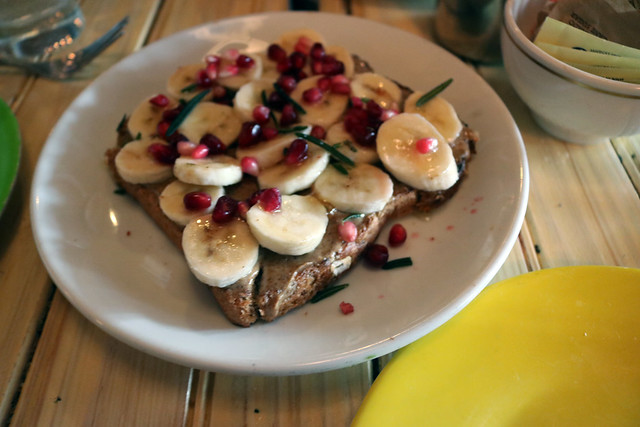 For our mains, we all decided on eggs from the Brunch Plates section of the menu, forgoing the extensive selection of Bennys. Austen tried the shashuka, per our server’s recommendation. This colorful dish inspired by the Mediterranean featured baked eggs, cumin-roasted tomatoes, paprika-dusted potatoes, and feta cheese, all in a smoking hot skillet. She thought it was tasty and all of the elements were well-cooked, but she was expecting a more intense punch of flavor. She wished they seasoned the plate with a heavier hand. 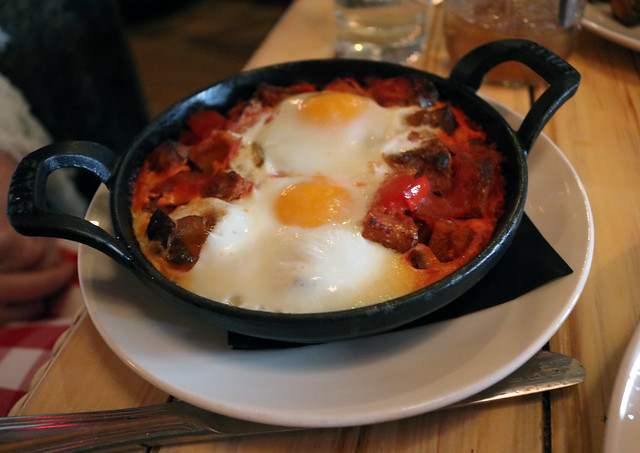 Jen and I broke the cardinal rule of brunching and both ordered the avocado hash. This hearty plate is full of yukon gold potatoes, griddled eggs, onions, and a generous serving of avocado. The large amount of potatoes filled us up quickly, and we both found ourselves picking out the avocado and mixing with the eggs. Similar to Austen’s finding, the actual flavor of the entree was lackluster. 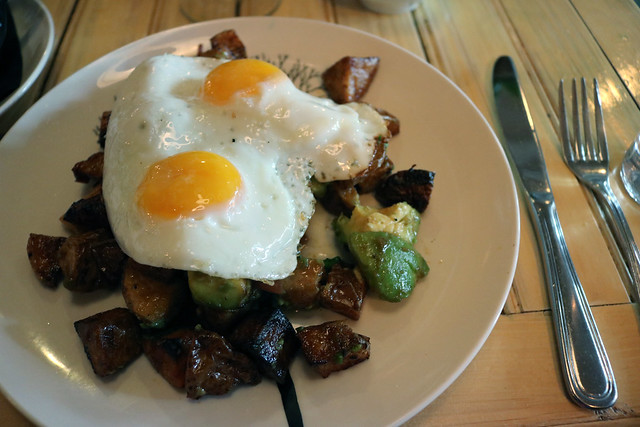 The Bitches say: Four flutes. Based on the veggie-centric, healthy-sounding array of menu options, we wanted to love Chalk Point Kitchen, but ultimately weren’t overly impressed. The ideas are spot on, but give a girl a little spice.