I’m nostalgically ending the near of my two-month program in Singapore for work, which has been the experience of a lifetime. One of the things I love most about this island is the easy, and relatively cheap, accessibility to the rest of Southeast Asia.

I’ve taken full advantage of my extended time on this side of the world and have traveled nearly every weekend. It’s incredible that you can simply jaunt off on a quick plane ride to Thailand, Indonesia, and Malaysia, among other exotic locales. 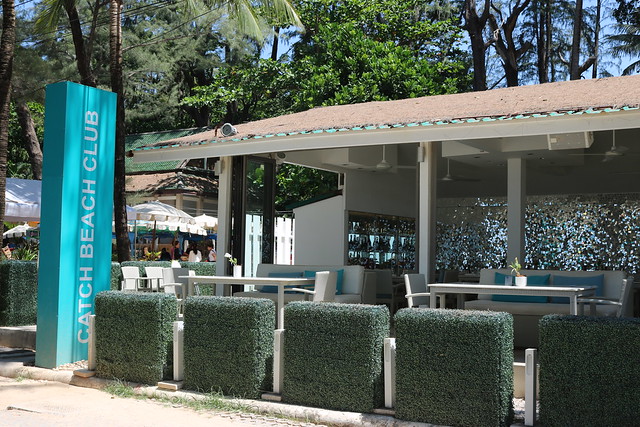 I recently hopped on a Friday night flight to Phuket, Thailand for a weekend away. The trip was the perfect balance of exploration via an island-hopping day trip, relaxation on the stunning Surin Beach, and partying it up at infamous Patong Beach. 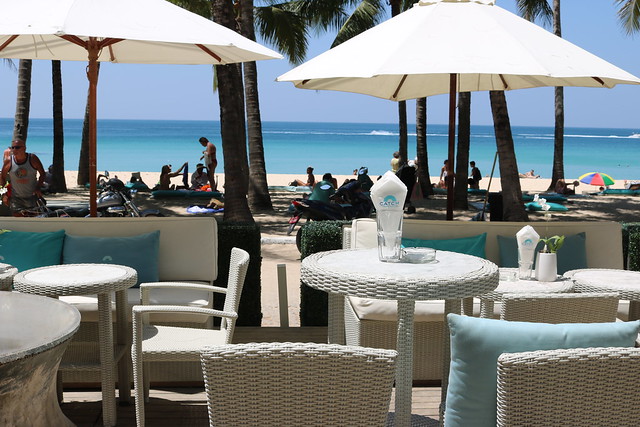 There’s an overwhelming variety of beaches and resorts to hang your hat in Phuket and ultimately my boyfriend Robert and I stayed in Surin, which was lively yet pretty pristine. During our first evening in Phuket, we hit the dance floor at nearby Catch Beach Club, which was dominated by white linen wearing, champagne spraying Europeans on holiday.

I typically try to abide by a “don’t eat where you party” rule, but Catch Beach Club cleans up quite beautifully during the day. The restaurant-club’s white and teal color scheme has some Nikki Beach vibes coupled with a flashy champagne cellar and impressive assortment of freshly caught seafood. The spacious and airy space is ideally located right on the beach, offering up stunning views of the white sand and calm sea. 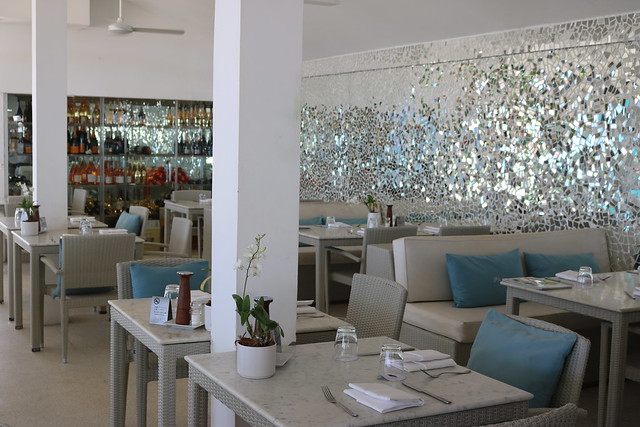 We met my managing director John, his wife Tuccta, and their darling baby daughter for brunch on our last afternoon in Phuket. John and his family reside in Phuket and he commutes back to Singapore during the work week…that’s a work/life balance that I’m all for!

John remarked with surprise that we had the restaurant pretty much to ourselves since typically it’s packed. I enjoyed the relative emptiness as it offered a relaxing, slow pace to our meal and excellent service.

Robert and I were on total vacation mode so we kicked off brunch with some fruity, tropical drinks. He’s a sucker for piña coladas and Catch’s cocktail hit the spot; it was freezing cold, tasted fresh, and the bartenders were rather heavy-handed with the spirits. 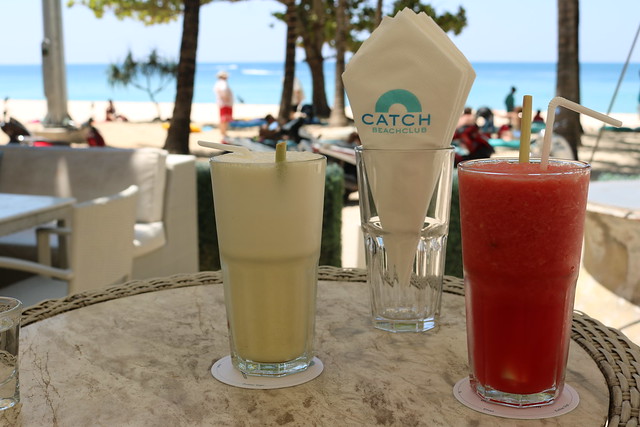 I wanted to take advantage of the abundance of fresh juices in Thailand so I got creative and created my own drink off-menu, watermelon juice with vodka. I was surprised that the watermelon juice was served frosty, with a similar consistency to a slushee, but my concoction was still tasty and refreshing.

The menu at Catch Beach Club is unsurprisingly seafood-centric so we played to the region’s strengths in our ordering strategy. We were torn between a few items on the menu so Robert and I shared a few dishes. 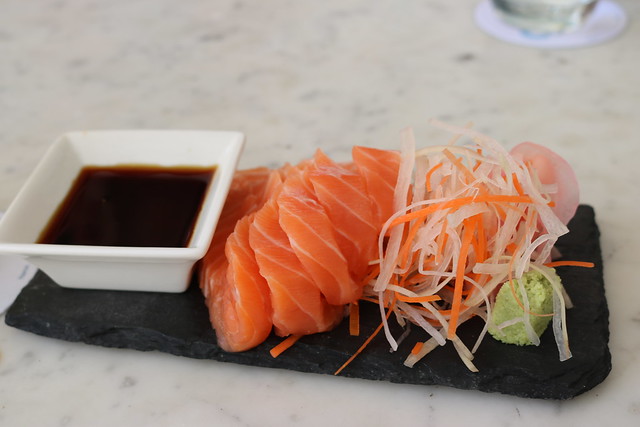 We started with the salmon sashimi to whet our palate. This was the perfect light starter. We were served a generous serving of the fish with a flourish from the well-trained wait staff, which practically melted in my mouth. 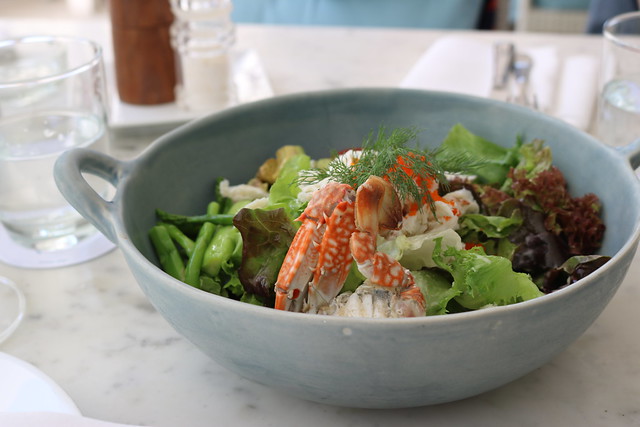 To balance out too much late night pad Thai, we also made an attempt to be healthy and ordered the Catch Beach salad. The bowl was piled high with crab meat, asparagus, avocado, cherry tomatoes, and topped with fish roe. Again, this dish hit the mark with bright flavors that complemented the seafood. 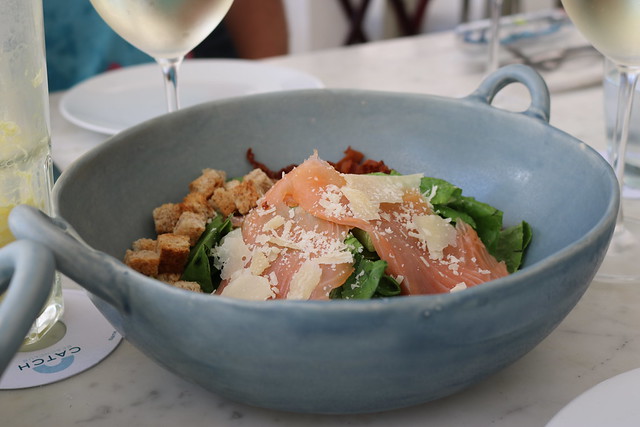 John and Tuccta tried the salad special du jour, a mix of smoked salmon, croutons, and dried berries atop greens. They enjoyed their salad, but wished for a few more accouterments to round out the dish. 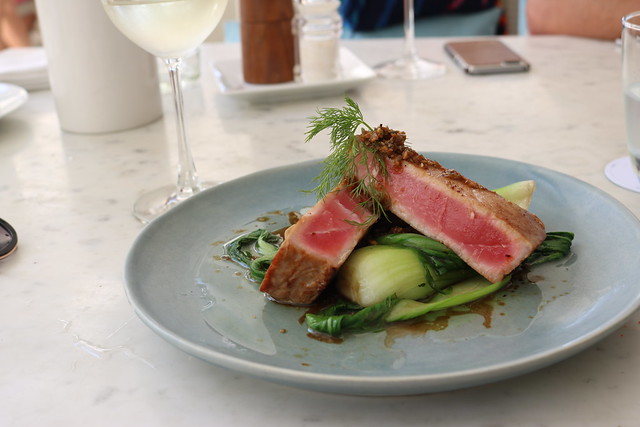 For our main courses, Tuccta and I both ordered the seared yellow fin tuna steak per our server’s recommendation. My fish was seared perfectly rare and I appreciated that it was dressed minimally. This gorgeous cut of fish truly was the star here, as it should be. 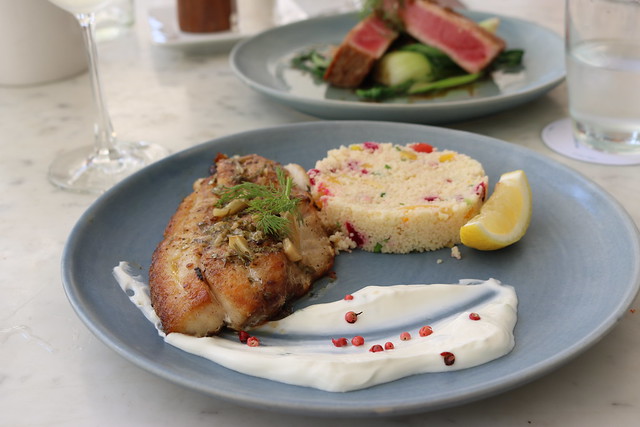 John branched out and tried the grilled red snapper fillet alongside a couscous salad and beetroot crème fraiche with pink pepper. The fish was prepared nicely and the sauce provided a zippy finish. He easily cleaned his plate. 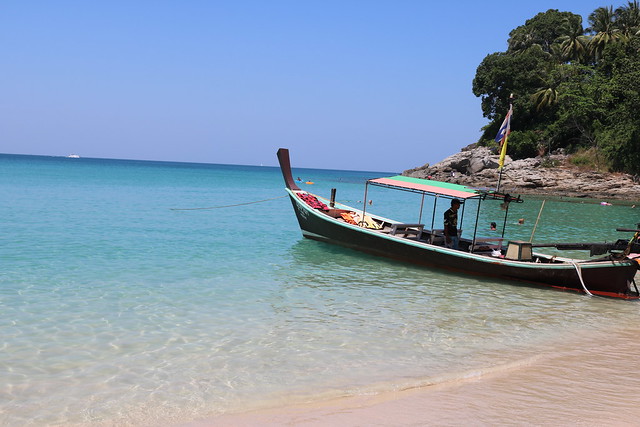 We leisurely hung around the restaurant, polishing off a cool bottle of white wine and soaking in the beach ambiance. The light, healthy fare at Catch Beach Club left us feeling satiated, but not too full for some fun in the sun before heading to the airport. It was the perfect way to cap off our weekend in Phuket.

The Bitches say A. If you get sick of Pad Thai, enjoy frosty cocktails and fresh seafood in an upscale environment right on the beach.