Nestled on a quiet street in Alphabet City lies a charming little restaurant where you can be transported instantly from New York straight to the heart of Buenos Aires, with its cobblestone streets, tango dancers, and romantic culture. What the restaurant lacks in creative nomenclature (its named for the Argentine capital), it offers in abundance its passion and enthusiasm for the Argentine culture. 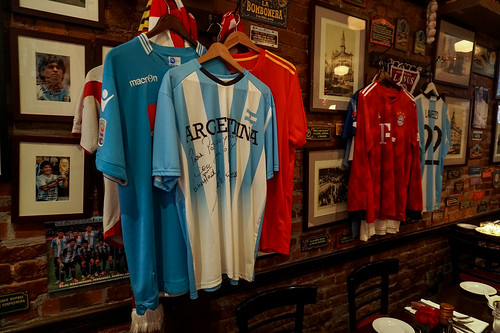 The wooden walls of the low-ceiling space are covered in Argentine fútbol jerseys for the national team and the city’s warring factions, La Plata and Boca Juniors, while fútbol plays on the four televisions. Beyond soccer paraphernalia, there is quintessentially colorful, quippy signage reminiscent of La Boca neighborhood, with Spanish signs that read “Friendship is like wine, it gets better with age.” The bathrooms are lined with posters from classic Argentine films.

Appropriately, the menu focuses on the two country’s two main food groups: steak and empanadas, with 10 different types of empanadas available on the lunch and dinner menus. Having grown up in Buenos Aires, those are also my two favorite foods, so I was eager to show my Australian brunch dates the ropes and wax nostalgic about my favorite place on earth. 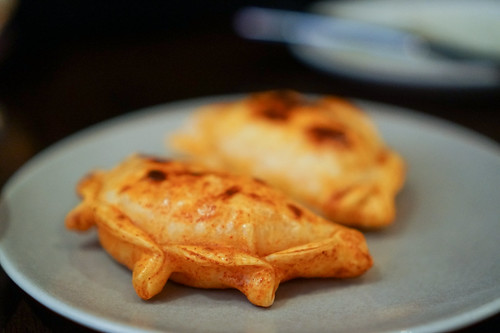 For starters, the coffee program was outstanding, impressing the aforementioned Aussies, who are inherently coffee snobs. We enjoyed our coffees, cappuccinos, and decaf lattes, whisked from the fancy coffee machine in the corner of the room by the handsome, dark-haired waiter. While half empty on this particular morning (New York brunches late), the space was filled with Argentine families and those who had heard what a steal this brunch deal is.

Like New Yorkers, the Argentines love a late breakfast, so Restaurant Buenos Aires recently launched a killer brunch deal: $35 for two alcoholic beverages, an entree, dessert, and coffee. Beyond the coffees, we all began with mimosas, which went down far too easily. (While you are allocated two, we quickly knocked back three-to-four each.)

The bread service is appropriately delectable, with warm, thick loaves of French bread served with butter and chimichurri. 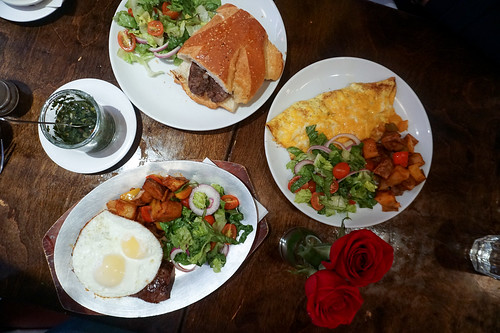 The brunch menu is an Argentine take on brunch, with variations of meat and eggs served with a side salad and bread. While not vegetarian-friendly, there is one option for a spinach and mushroom omelet.  There’s steak and eggs, veal milanesa and eggs, chicken and eggs, chorizo and eggs, and choripán, the classic Argentine sandwich of sausage on decadent, imposing white bread.

We opted to share everything, ordering off the brunch and regular menus. The hanger steak and eggs was a pristine piece of beef, served with eggs sunny-side up and a fresh side salad. 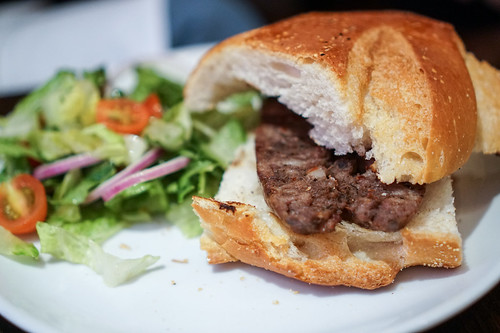 The choripán is an absolute must—a massive sandwich comprising simply chorizo sausage and bread, what’s not to love? This is the perfect hangover cure and hearty entree for those seeking that.

You can also order off the regular menu, which we did as well, choosing the ham-and-cheese empanadas and the carne picante empanadas, which are unequivocally a do-not-miss. We also shared the provoleta, a classic parilla appetizer that’s simply melted cheese (similar to queso fundido) served slathered on bread with chimichurri, if you’re doing it muy bueno. 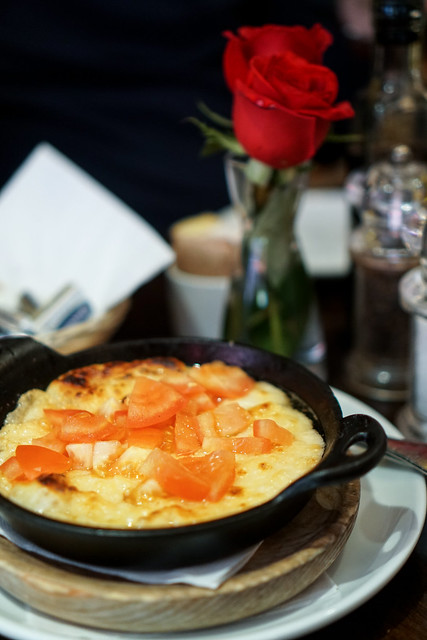 If you’re a devout Catholic, it’s worth noting the chicken is blessed by La Papa himself. Indeed, the Argentine Pope Francis has eaten food from the restaurant, which cooked for him on his visit to New York, and left a note praising the chicken and empanadas—written on official Papal stationary. It’s affixed to the front door.

Last but not least, dessert, which is included in brunch is decadent dulce de leche paradise found. 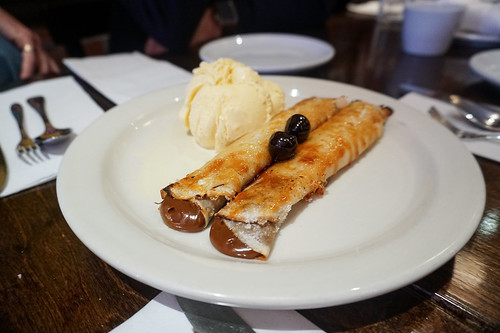 If you’re a fan of Argentina, steak, fútbol, or expanding your cultural horizons, Buenos Aires restaurant is a must-visit. The newly launched brunch deal is a steal at $35, and we’d be repeat visitors if we lived in the ‘hood. While not gourmet, the cuisine is high-quality, and, most importantly, authentic. We can’t wait to make this our spot for Malbec, steak and soccer.

Buenos Aires serves brunch on Saturdays and Sundays from noon to 4 p.m.