It’s festival season in New York City, and you know what that means. Tons of hugely popular musical artists—people like Demi Lovato, Big Sean, and DJ Khaled—drop into New York to perform at the events like the Billboard Hot 100 Music Festival, coming up this August 19 and 20 at Jones Beach Theater.

In order to put on a good show, these musicians need to keep up their strength, and what better way to do that than making sure they get in a good meal or two? Lucky for them (and all of us, really), New York is a culinary mecca; a new restaurant opens practically every day here, and foodies like us are always clamoring for the next best bite.

But all those choices lead to the one inevitable result: indecision. That’s why we like to come at brunch thematically. Today’s theme? How to brunch like a Billboard Hot 100 artist. We’re taking an educated guess (we are brunch experts, after all) about where the festival’s headliners would head for brunch in New York City.

From brunch tacos to chicken and waffle vibes, these are (probably) your favorite artists’ favorite brunch spots that you should hit before heading to the festival. First things first, get your tickets here. Then find five of your favorite Billboard Hot 100 artists below and follow their lead for where to go before the show. Bless up, and bon appetit. 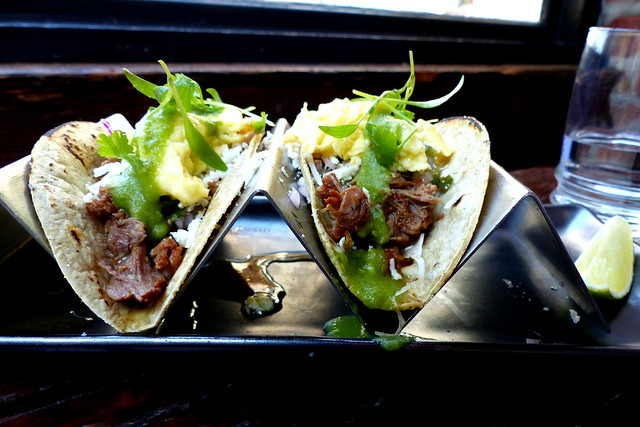 Everyone knows Big Sean is a big fan of Chipotle—at one point he was eating it every day. So it’s fair to say the rapper from Detroit is a fan of Mexican, and we know just the place for him to get his taco fix: Añejo.

Lindsay recently dined at this TriBeCa gem and fell in love with the ’90s music and bottomless drinks and guacamole (which, to be honest, Sean would probably avoid; he doesn’t F with avocados). We recommend the breakfast tacos of braised pork that comes piled high with eggs and tomatillo salsa. 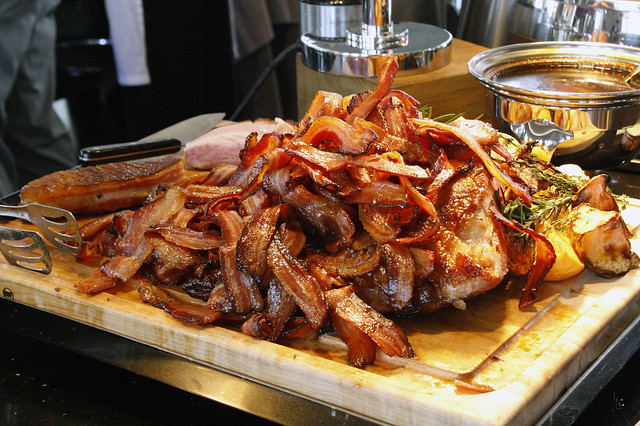 Zedd is a DJ after our own hearts. He’s clearly a big fan of all food, or so his many Instagram shots of himself eating indicate (see here, here, and here), and he definitely has a strong at-home brunch game going on—just look at the herbs on these perfectly done sunny-side-up eggs.

That said, we know he’d enjoy brunching at the luxurious Rainbow Room where the unlimited a la carte menu and buffet provide all the options you need for a perfect brunch. Think omelets, eggs Benedict, mimosas, a dessert bar, and more. There’s even a bacon bar, and that’s reason enough, is it not? 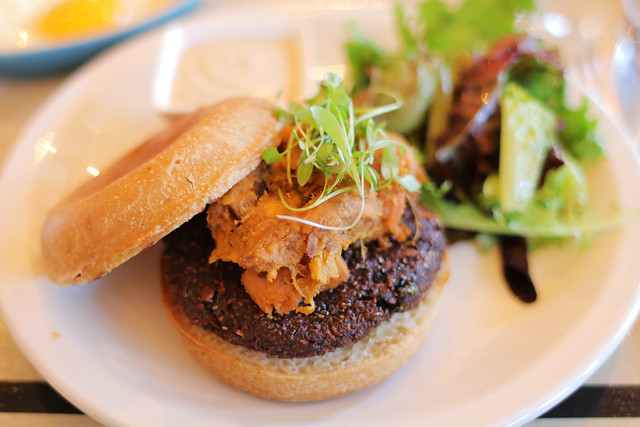 Demi Lovato isn’t one to shy away from her past issues with food; the powerhouse singer has been courageously open about her struggle with eating disorders in the past. But these days she’s all about body positivity and being the healthiest version of herself. And if her latest single, “Sorry, Not Sorry” is any indication, she’s feeling herself and isn’t sorry about it one bit.

We know the healthy brunch items at Cafe Clover like this beet and mushroom veggie burger with spicy sweet potato jam, tahini sauce, and farm cheddar would keep the singer feeling her very best. 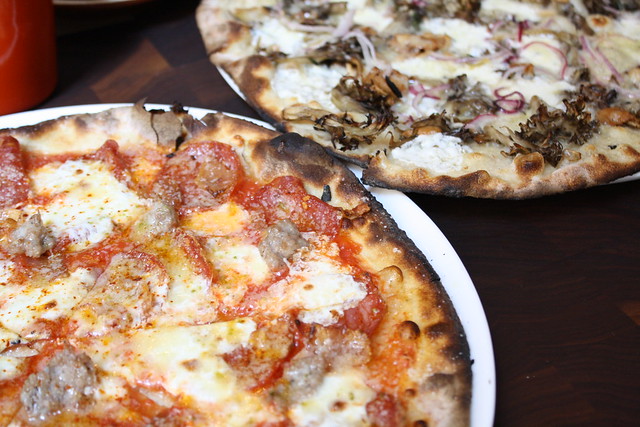 Former Fifth Harmony member Camila Cabello is apparently a huge fan of pizza and doesn’t hide when she’s feeling hungry. Same, girl. Same. When the mood for a slice strikes, we love to hit up Marta for a little pizza for breakfast, especially the Macellaio pizza, which is topped with pork sausage, guanciale, soppressata, mozzarella, and grana padano.

The brunch menu at this Roman-style pizza restaurant in the Martha Washington hotel also includes avocado toast and yogurt with berries, and if you’re feeling like you need more breakfast vibes, you can always take your pizza and put an egg on it. 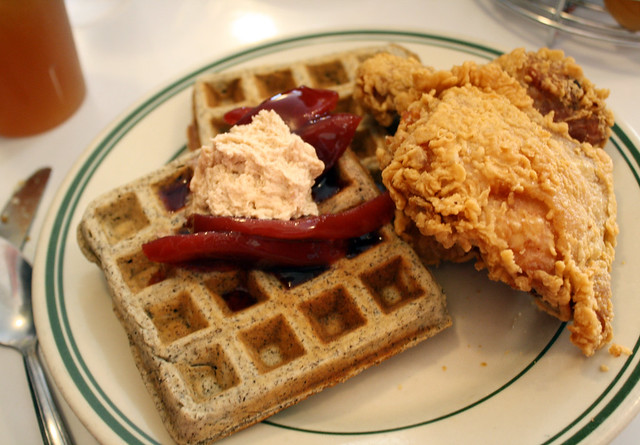 Speaking of vibes, DJ Khaled is all about the soul food vibes—it’s one of his favorite things to eat. And we can’t blame him. What’s not to love about chicken and waffles and the crunch of a pecan-encrusted doughnut? But not just any chicken will do for Khaled, oh no.

This man is a poultry connoisseur—why else would he open his own chicken restaurant in his hometown of Miami? It’s a good thing that famed Brooklyn spot Pies-n-Thighs lives up to the hype, and it’s an even better thing that the restaurant’s chicken biscuit sandwich puts Chick-fil-A to shame. As Khaled would say, “Another one!”

Don’t see your favorite artist? Then consider these brunches with a beat instead. And if you’re still hungry when you get to the festival, no worries, there are plenty of vendors to try once you arrive. Keep an eye out for Gorilla Cheese, Street Tacos, Nuchas empanadas, and more. And don’t forget to tag your brunch pics on Instagram @bitcheswhobrunch and @hot100fest.

BitchBiz: While this article was written independently, Bitches Who Brunch did receive tickets to attend the Billboard Music Festival.