Who doesn’t love post-work tacos and margaritas? Answer: no one. That’s why I was delighted when the Bitches were invited to come check-out Broken English Taco Pub last week, after its highly anticipated grand opening earlier in the summer, ironically, on Cinco de Mayo. 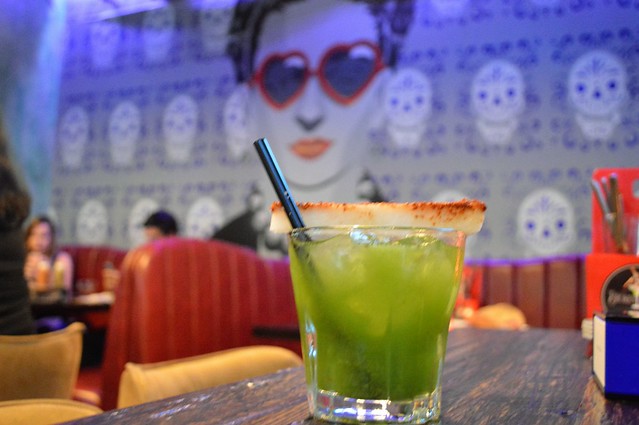 Broken English Taco Pub is another awesome new taco pub here in Chicago, brought to you by Phil Stefani and Adolfo Garcia, the awesome minds behind Pearl Tavern and Son of a Butcher. Honestly, when this place first opened in May, I wanted to come check it out for the grand opening. If memory serves me correctly, I think they were giving away free tacos. Yes… free tacos. Ultimately, I decided to skip out on the Cinco de Mayo crowds and check it another time, so I was excited to finally get the chance. 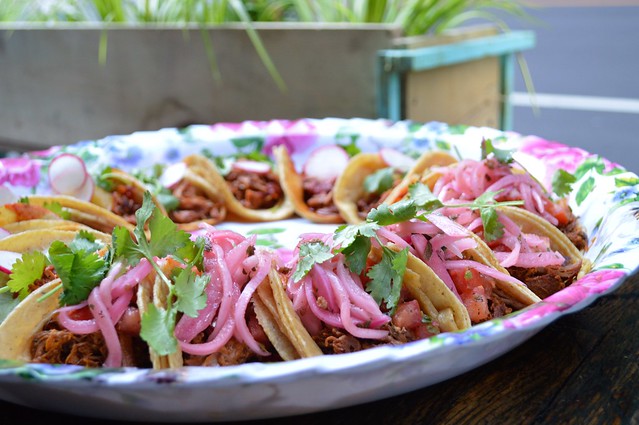 Located in the heart of the Loop, a mere stone’s throw away from Michigan Avenue, lies this cute taco joint. They have an awesome patio that can seat up to 40 people. Upon entering, you are immediately drawn to the beautiful and vibrant graffiti art that adorns all of the walls of Broken English. 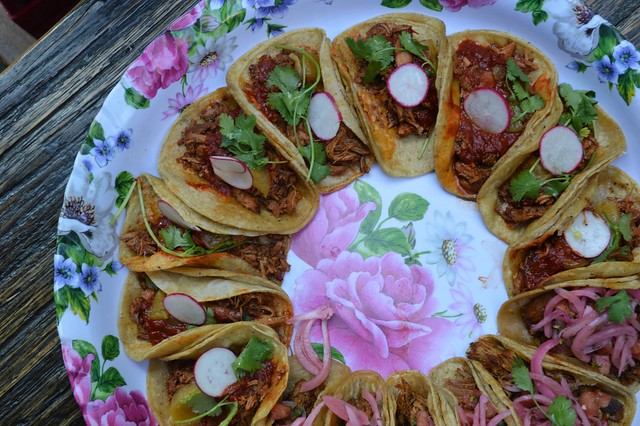 Executive Chef Adolfo Garcia treated myself and other fellow bloggers with an assortment of delicious tacos, all inspired by traditional street tacos in Mexico. Among them were the pork belly Al Pastor, with pineapple and cilantro, the tinga de pollo with orange crema and cilantro, and cochinita pibil tacos. Chef also brought out fresh guacamole, which was so delicious, as well as grilled elotes. 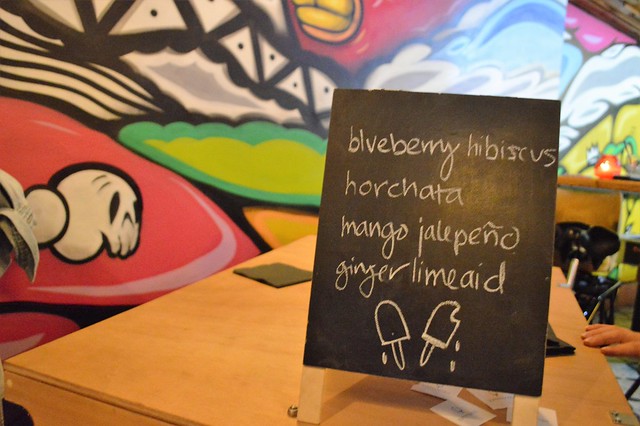 As a special treat, they had the Yummpops bicycle there, with the Yummpops girl serving up frozen popsicles with Mexican inspired flavors, like horchata, jalepeno mango, and blueberry limeade. They were an awesome sweet finish.

Cocktails were unique. I had two cocktails; one called a “White Dove on a Dirty Mule” and another called the “Rattlesnake Pinata” that came garnished with a gummi worm. The flavor of the latter beverage was unlike any other drink I have ever had before; sweet and salty, yet with an acidic bite that felt like pop rocks were in my mouth. 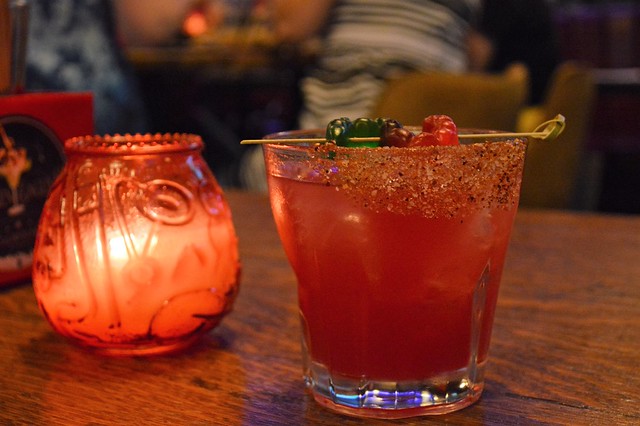 It was extra fun that they had games lined up for people to play at the tables, like checkers, dominoes, and Scattergories which kept several guests there until well past the event was over. Days like these make us Chicagoans believe that summer is forever! Go check out Broken English Taco Pub over Lolla weekend for whats sure to be an awesome meal pre-festival.