It was the first Saturday I had been in D.C. in over a month and I was determined not to fill my day with back-to-back plans. As a result, I treated myself to a relaxing massage at Logan14—thanks, Chris!—to address all of the stress kinks I’d accumulated from nine flights in four weeks.

An hour later, I floated out of Logan14 like a wet noodle. My fiancé and I decided to take advantage of a free afternoon and made our way from 14th Street to Georgetown leisurely on foot. I realized we were going to pass Brick Lane, a new restaurant on 17th Street, so I quickly called to see if they were still serving brunch. We would have been better off just showing up, as the hostess from Brick Lane said, “I don’t know what time brunch ends.” Needless to say, our expectations were set low, but we continued on our path to the Lane. 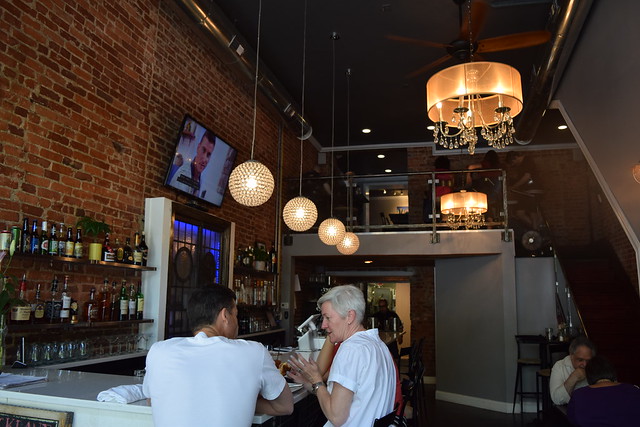 Brick Lane doesn’t have a ton of curb appeal, in fact the only indication that it’s a restaurant is the chalkboard sign outside the window that lists hours and specials.

Upon entry, we were seated in the window of the narrow, cozy space, with views of several faux crystal chandeliers, exposed brick behind the bar, and an upper seating area. Gavin, and I started with our usual liquid order of club soda, water, and two black coffees. I also decided to indulge in a mimosa with my meal. 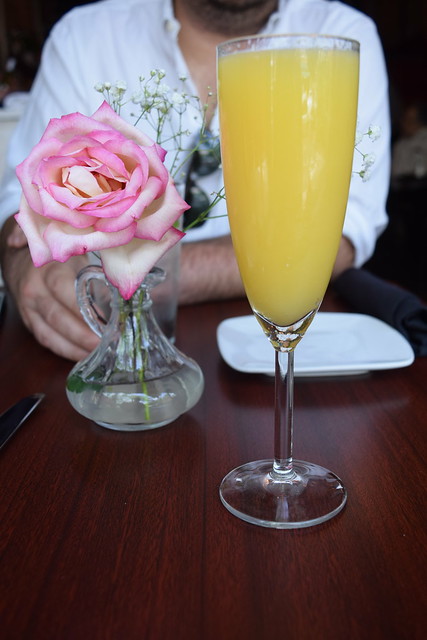 The menu offers standard American brunch items, with nothing particularly impressive or creative. Gavin saw another diner eating the tomato, basil, grilled cheese sandwich at the bar and decided to give it a try.

I inquired about the frittata options, since it consumed a large portion of their menu. After learning they were not served in a skillet and the portions were larger than a typical slice of frittata, I decided to try my luck with the ham and cheese option. 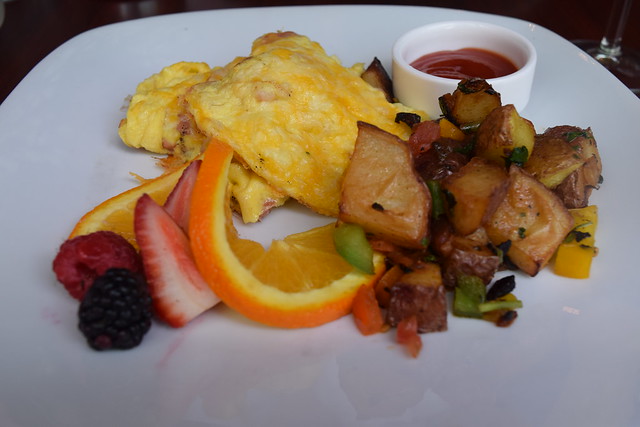 Like I said, we had low expectations heading into Brick Lane, but we were pleasantly surprised by the flavorful, albeit simple dishes. As suspected, my ham and cheese frittata was essentially an omelet, but it made no difference to me as it was packed with ham and the eggs were cooked well. The side of potatoes was the perfect portion and flavor.

Gavin’s grilled cheese was also very satisfying. It was more of a gourmet version of the kid-friendly comfort food, with the same perks — greasy, cheesy, and toasted perfectly. 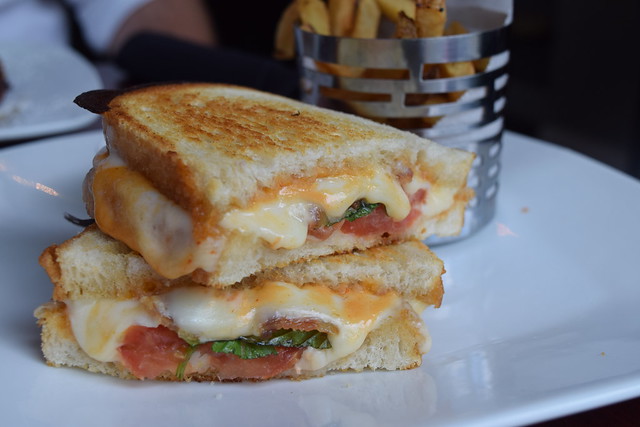 We decided to share the crème brûlée French toast as our dessert. It came with the syrup on the side, along with a few berry accouterments. However, compared to the rest of our meal, the dish was very bland and dry. So, after a few bites we had our fill. 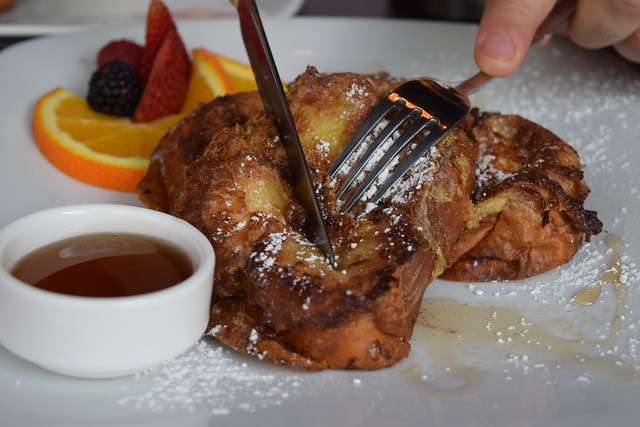 Would we go out of our way to venture to Brick Lane for brunch? Probably not. But I’ve already texted my friend who resides in Dupont about the new, casual spot, that serves brunch—we eventually learned—until 3 p.m. on the weekends.

The Bitches say: B-. Not necessarily memorable, but the attentive service and cozy ambiance make this a solid neighborhood go-to for a no-frills, quick, and casual meal.

Brick Lane serves brunch on Saturday and Sunday from 10 a.m. to 3 p.m.