There’s always a sort of sophistication about Georgetown. From the upscale hotels to the high-end shops, there’s a reason that it’s one of the most desirable neighborhoods in D.C. The modern French eatery invited the Bitches to partake in a lovely European-inspired meal that still has us dreaming about the plates weeks later. 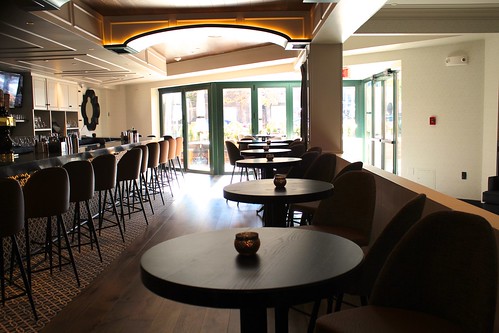 My friend Addison and I were warmly welcomed by the entire team upon our arrival, from the general manager down to our lovely server. There’s a thoughtful charm to the space. Jazz and calming French tunes softly play over the speakers, bringing an air of calmness to the entire experience. 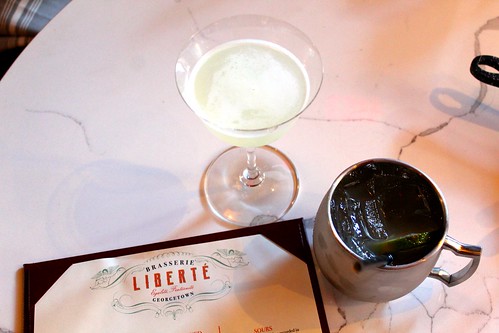 The drink menu is as impressive as it is informative, dropping bits of trivia underneath groups of cocktails. I settled on the French 75 while Addison decided to try a classic Moscow Mule. We were both impressed by how fresh both tasted thanks to the fresh squeezed citrus. We appreciate how they didn’t attempt to veer from the original recipes and instead delivered a classic version of both drinks. 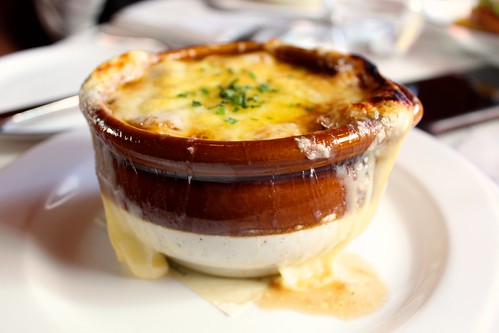 To say brunch was an experience would be putting it lightly. Executive chef Jaryd Hearn is only 25, but he has developed a rather diverse culinary repertoire appreciated by millennials and seasoned diners alike. We each started with a healthy serving of French onion soup, a lovely pick-me-up for one of the first cold afternoons of the fall.

Visually, it met all the criteria and then some: bubbling with Emmental cheese and overflowing in hearty beef broth. When you finally break through the top layer, you’re met with the rich, earthy smell of caramelized onions. I prefer the bread in my French onion soup to still have somewhat of a bite to it, no matter how long it has been swimming in a pool of broth. Thankfully, this one did in addition to a slightly sweet aftertaste. 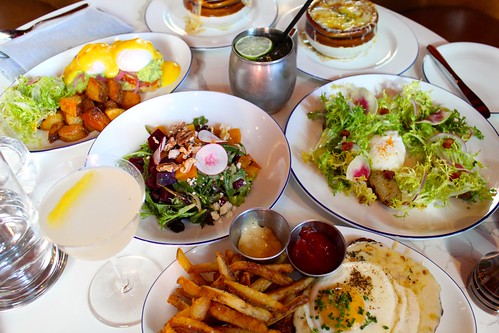 Next arrived an assembly line of entrées that challenged our palates in a memorable fashion. Croque monsieur, avocado Benedict, Lyonnaise and beet salad were all served at once. I love French food but admittedly had never tried a Lyonnaise salad – and that’s  mistake I won’t be making again. Potatoes aren’t a signature salad topping, but they’re small enough here that it doesn’t take away from the peppery frisée.

As for the other salad, I think this is the dish that will finally make me a beets enthusiast. Two different types made an appearance, topped with radishes and finished with bacon lardon and Roquefort vinaigrette. Each bite was better than the last. Chef Hearn made the simple, fresh ingredients pop – a testament to his refined taste. 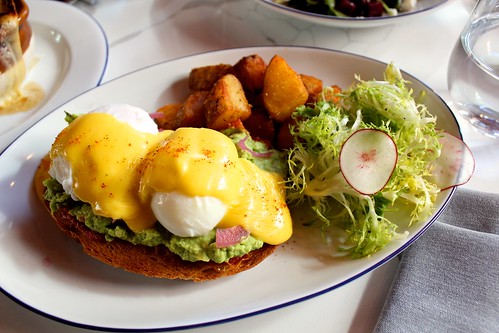 Finally, the Benedict. Because we consumed so much ham in our monsieur, we honestly didn’t even miss the lack of meat you would find in a typical Benny. If this is Brasserie Liberté’s hybrid of an avocado toast, we wholeheartedly endorse. The smash is plentiful with a hint of spice, but the smooth coating of Hollandaise quickly reminds you that after all, this is a Benny. 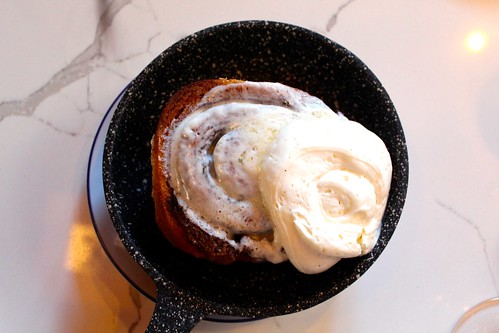 Given how much we’d already consumed, saving room for dessert seemed unlikely. We were persuaded to first try the skillet cinnamon roll, which arrived straight from the oven with the cream cheese frosting nearly sliding off. We made every attempt to salvage the signature swirl, but finally cut our losses and dug right in. Crunchy with hints of both vanilla and cinnamon, nothing ever readies you for the delightful sensation of biting into a beloved pastry. 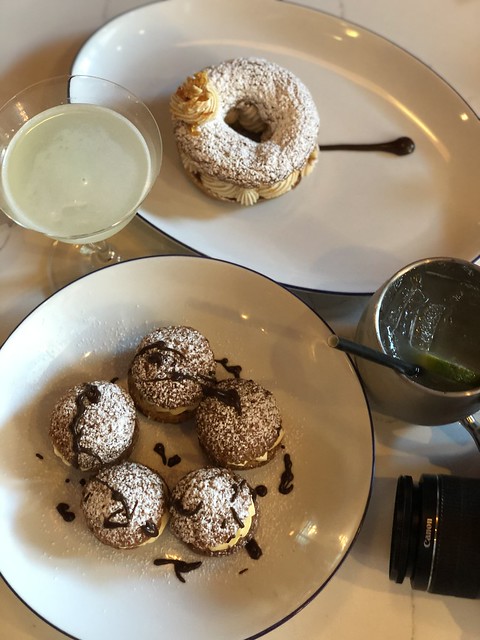 Our final course (and my personal favorite) were two French desserts you truly have to make the trek and try for yourself. Vanilla profiteroles and Paris-Brest were both liberal in sweetness yet careful with the portions. A salted caramel flavor with a heavy dusting of powdered sugar, the Paris-Brest’s choux pastry was incredible.

Crispy hollow pastry balls filled with custard or cream then drizzled with chocolate, profiteroles are a terrific small-bite dessert option after a hearty meal. From the moment we sat down to when we bid au revoir to the staff, the smile on my face was genuine. I am so excited for the restaurant’s success.

Casual and not crazy costly, Brasserie Liberté will be your new favorite French spot.

Brasserie Liberté serves brunch every Saturday and Sunday from 8 a.m. to 4 p.m.