Performance venues don’t immediately come to mind when you think of brunch. Sometimes the mid-day meal is more than just a hair of the dog and a social outing. Brunch is served in many forms and can sometimes be a spectacle. I ventured off to the Green Room 42 at Yotel in Hell’s Kitchen to investigate the situation. The Green Room hosts a boy band brunch every other Sunday with live performances by The Boy Band Project. As a true 90’s kid, this was right up my alley. I also live conveniently around the corner so the stars were truly aligned.

Brunch is provided by Green Fig, the restaurant adjacent. Tickets vary between $20-50 a person based on where you would like to sit. The menu has your standard brunch items. Let’s be honest, we’re not really here for the food. We’re here to check out this boy band situation. We promptly began with coffees and a bubbly prosecco cocktail kit. The DIY kit is decently priced at $24 and includes a bottle of bubbly, peach puree, fresh orange juice, and strawberries for garnishing. It was absolute perfection. I loved being able to pour at my own pace. So much easier especially not to have to wait for rounds of drinks to show up. 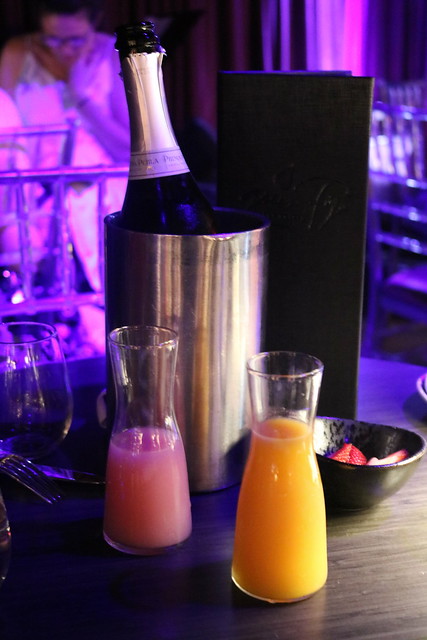 If you hate talking to humans, Green Room 42 even offers ordering on their website and paying via apple pay so you don’t have to speak to anyone to get your pancakes.  We shared a mezze to start. A delectable assortment including hummus, tahini, charred eggplant, labne, and za’atar pita for dipping was served. It was decent to say the least.

Next up we had the French toast. The warm brioche French toast was beyond delicious. It had a hint of vanilla and orange zest for added flavor. The roasted banana on the side was a nice touch. 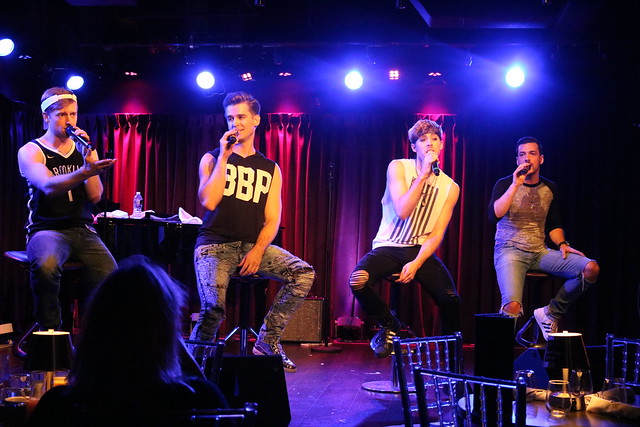 At this point the show was beginning to start. The Boy Band Project brings serious 90’s nostalgia. They sure know how to make an entrance. The 4 member group belted out our favorite hits from the Backstreet Boys, NSYNC and more.  You might even recognize them from the top Broadway Shows. It was a serious trip down memory lane with each song. Be forewarned, there is some audience participation. If you’re one of the lucky ones, you’ll be serenaded. The whole room was seriously feeling it. Expect funny video montages with sitcoms from the 90’s and dramatic clips from Titanic.

An avocado toast was also an obvious choice to share. The toast wasn’t overly crispy which made it easy to bite into. Poached eggs on top were cooked well but this was a tad bit too salty for our liking

After we wrapped up eating, we continued to enjoy the show and finished up the cocktail kit which was super handy. The Boy Band Brunch at the Green Room 42 is certainly a place we’d recommend for any boy band lover, bachelorette or birthday.

The Bitches Say: 4 Champagne Flutes for an entertaining brunch with nostalgic performances and solid food to amp up any occasion.