Shaw has blossomed into one of the most desirable areas of D.C.-especially when it comes to fun, fine dining. Places like Calico, Unconventional Diner, Espita, and the Dabney have amp’d up the night-life and excitement. With every hip, happening place, though, there has to be a place for solitude. A place where a wholesome feeling is paired with wholesome foods to create that authentically wholesome experience. Shaw’s Seylou Bakery is a bakery where life isn’t taken too seriously, but the bread making definitely is.

I sat down with the husband and wife team Jonathan and Jessica Azeez, who are redefining what it means to bake from scratch and support local farmers and provisions.

How did you get started?
We’re both from the East coast and after graduating, neither of us were focused on opening businesses or baking, but we took this big trip to India and Nepal, did some exploring, and when we came back it was time to get serious. I was in a band, but that didn’t cut it. We were living with another couple and both of the women had jobs, but the “loser” boyfriends did not. One day, I saw my friend, Brian, with a big bag of flour on the counter. He was mixing dough in a bowl and had the book the Baker’s Apprentice out in front of him. I asked him what he was doing, and he said “at least I’m doing something.” So, I decided to get in on it, too. I became completely obsessed with it–and I may have ruined it for him with my obsessiveness. At first, like everybody else who starts, I made some really bad bread.

I went in search for a mentor at this place called The Burnt Toast. I asked the owner if he would teach me. We didn’t use a scale or baker’s math–I measured most things by feel. That’s really where I got going, despite it being unpaid.

I know you’ve worked with some pretty influential bakers. What was that like?
Many jobs followed from working at The Burnt Toast. I went to San Francisco to attend baking school, but the Bread Lab at Washington State University is where things really exploded and I got into studying grains, farmers, and seed varieties. Then, I started working with Dan Barber.  I’ve loved working with Dan; our friendship and collaboration will hopefully continue. 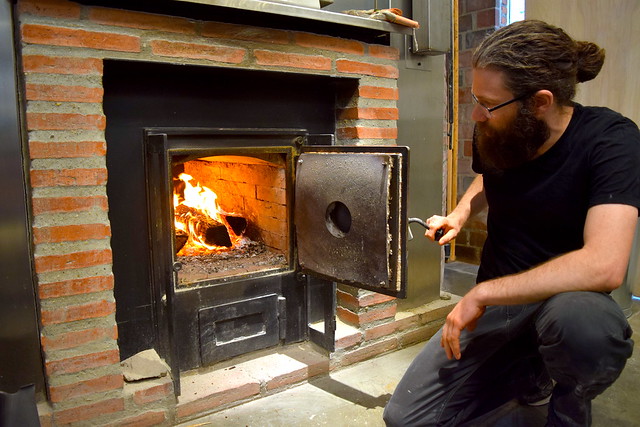 How did Seylou come about?
The point came when Jess and I wanted to fly under our own philosophy. We realized we made a good team work-wise, so we started looking for a place. D.C. was on the radar because my dad lives here. I had never visited him much, but I started coming here more often. One day, we were in Georgetown late at night having a talk, and we stopped by a poster of a light bulb. Jess said she thought the literal light bulb of life was going off and that we should open a bakery.

We then sat at the Queen of Sheba restaurant and there was this great mural that would say “your ego is not your amigo.” We took that as a sign to stay humble, but to fully commit to this task. I didn’t do a lot of analysis while picking a location, but it just felt right it as soon as I walked into this space. It’s kind of like when I met Jess: you have these moments when you realize you’re going to spend a lot of time with someone or in some place, and you have a glimmer of a vision into the future.

Where is your favorite place to eat in town?
My favorite place in total is Sequina Halal Grill. I read about the owner, who was in one of the newspapers for helping out some of the homeless people. He is known for treating them with such respect–it’s incredible. The homeless individuals get all the same treatment as any other paying patron would. El Renconcito is also a nice family spot where everyone is just happy and jolly.

Yes, of course, I like the Dabney, that’s somewhere I go often. I’m psyched Jeremiah Langhorne won the James Beard, and I’m psyched to share the alley with him. Jess and I like to go to Farmers and Distillers for brunch and feel at ease after we work hard. We like to sit in one of those big comfy booths. Additionally, I love to treat my employees to Espita. That spot is really great and they started carrying some of our bread. 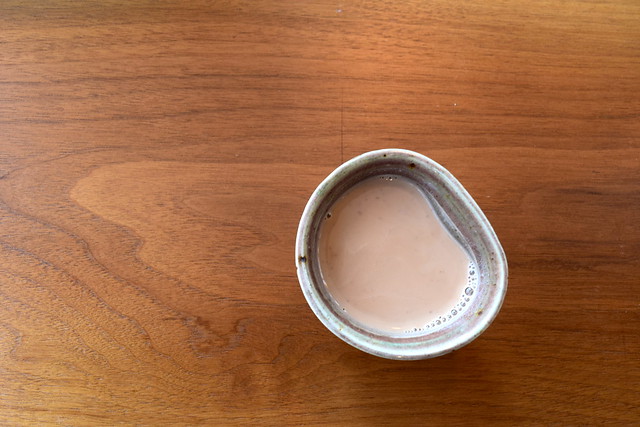 What is your favorite dish to cook for brunch?
A really thick slice of toast with a big hunk of grass fed butter with a chai latte with nigella oil in it. 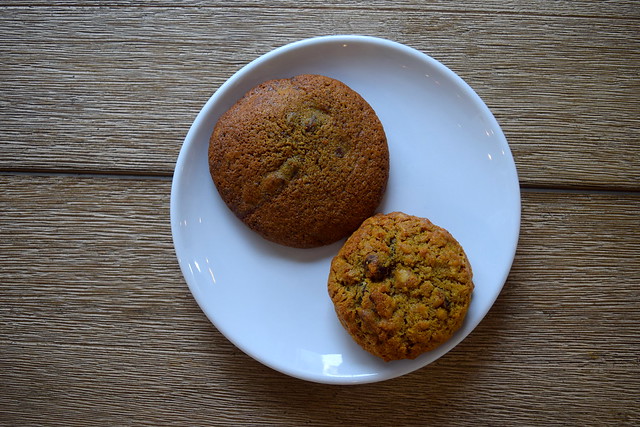 What is your favorite item on the Seylou Menu?
Jess’ favorite thing is the chocolate millet cookie. It’s naturally gluten free. It has this nutty flavor, although it doesn’t have any nuts. It’s very unique. I get a lot of people coming in asking for it. A cookie isn’t something necessarily correlated with health, and it shouldn’t be, but we accomplish that with high quality ingredients.

Jonathan’s favorite thing to eat is the oat and sorghum cookie with dried cranberry, it’s very wholesome. My favorite bread to make is the millet baguette and the rye. I have a deep connection to all of the breads–it’s rather special. Sunday, is when I make this bread. Sunday is my favorite day because I don’t have to multi-task. It’s at that point when I know I’ve made it all the way to the end, and I have had the past four days to dial in. We have the widest variety of breads on Sunday, as well.

If you had to invite five local celebrities or chefs to brunch, who would they be?
I think I would actually invite the farmers. They are the unsung celebrities. Heinz Thomet, Gabrelle Lejouie, Omar Beiler, Dan Shirk, and David Paulk are key people I would invite over. They are all incredible people who I have worked with.

What has been your biggest accomplishment since opening?
We have been really well received by feedback and kindness. People have been positively receptive to our offerings and we like that they are really supporting local agriculture. They might not know it, but they’re supporting many people throughout the system by supporting us–and at the same time they’re also receiving really nutritious food.

Who do you look up to?
Mark Furstenberg of Breadfurst has done very well and is really great at what he does. He’s been a great resource for advice.