Becoming a chef wasn’t always Todd Mitgang’s plan, but after cooking with his friends in college and watching countless hours of shows on the Food Network, the New York native developed a love for food and decided to make it his career.

After his NYC restaurant Crave Ceviche Bar was destroyed by a crane collapse, Mitgang headed out East to open South Edison in Montauk. In 2012, returned to NYC to open Crave Fishbar in Midtown East. The restaurant now has two NYC locations and is one of the city’s top seafood spots.

We recently chatted with Mitgang about his career as a chef, the story behind Crave and of course, brunch. See what he had to say below.

How’d you get your start in the restaurant industry? Have you always wanted to be a chef?

I was at the University of Buffalo in the School of Business there. Western New York has unbelievable supermarkets, and for whatever reason, I seemed to be the only one of my friends who knew how to make [easy dishes like] rice pilaf out of a box. It really started from there. All of us guys threw in a couple dollars and put together [meals]. I realized with that and also watching some of the Food Network, I was sort of intrigued by (being a chef) and started cooking. Somewhere between my sophomore and junior year, I started looking into culinary institutes. I graduated, and then a month later, I was at what was then the French Culinary Institute. I did a program and stepped out of the program and was a sous chef in a kitchen in Long Island, a year later executive chef, and I haven’t missed a beat. Fourteen years in this industry, and I’ve been lucky enough to own a couple of my own places, and I’m very thankful for what this industry has given me. 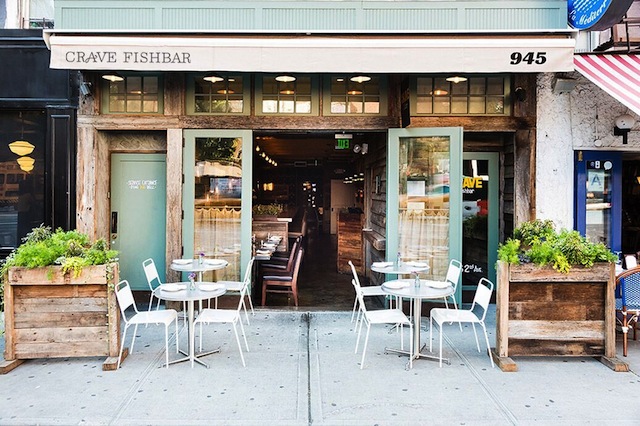 What’s the story behind Crave Fishbar?

So this restaurant was Crave Ceviche Bar eight years ago, and that restaurant was formed because there was so much interest in sushi, but the only kind of raw seafood preparation you could find outside of sushi was typically at higher-end restaurants where they might highlight one or two crudos on their menu. I wrote a business plan to incorporate the ceviche technique. Crave Ceviche Bar saw a lot of success, but it was shuttered because of a crane collapse, and we all went off to do our separate things, but I did realize I loved the versatility of working with seafood, and I had the opportunity to be a partner of a restaurant that was opening in Montauk [South Edison] that was going to be a full-service seafood restaurant, so I did that. My partners and I never stopped searching for a lease to reopen what we thought was going to be Crave Ceviche Bar, but as it turns out, when we found a lease literally across the street from the old location, the more we thought about it, the more we thought that opening something more similar to a South Edison, a full-service seafood restaurant, made a little bit more sense than trying to open up Crave Ceviche Bar. So we went from Crave Ceviche Bar to Crave Fishbar.

What are some of the challenges of running a sustainable restaurant? Why is this important to you?

Most of my 14 years [in the restaurant industry], I’ve always been the purchaser, whether it’s been at the sous level or the executive level, and what I’ve adapted was wanting to buy some of the best product available to me. As you start to use that as your focus, you realize when you’re buying quality product, you’re buying it from people who care about these things too. That’s what makes a lot of this product superior. Part of [the process of becoming a sustainable restaurant] was very educational and informative because certain species of fish one would assume is sustainable and it’d turn out that maybe it wasn’t. We found some challenges, for example, people coming to a seafood restaurant like ours that has a raw bar, they’re not going to find any lump crab. When we opened the restaurant, we offered lump crab as seafood restaurants do, and as we educated ourselves and learned it wasn’t sustainable, we had to make that choice [to take it off the menu]. We hate having to disappoint customers that think we should have that on the menu, but it also gives us an opportunity to tell them why it’s not on our menu and show them the replacement. The replacement is not identical, but it is crab and it’s delicious, and although it’s not this big, giant, impressive lump, again, you’re helping support sustainable fisheries.

We heard that your Upper West Side location is gearing up to launch brunch  — can you tell us more about the decision to offer brunch there?

We have two locations, and at the East side, we’ve been serving brunch for about a year. We still have not launched on the West side yet. That’s coming soon. Why we decided to is, just like any other restaurant, we tried to learn the neighborhood. Although we’re open for lunch in Midtown East because of the demographic and the density of businesses there, we just felt like the Upper West Side, perhaps that wouldn’t be the best point of service, but the Upper West Side definitely loves to brunch with the community there and all the families, so we’re really excited to get open for brunch. There are probably plenty of families up there that might not always — and I know this because I’m a father myself — be able to get out for dinner. To be able to offer them a weekend service where they can bring their family and experience what we’re doing with seafood, we’re looking forward to it. 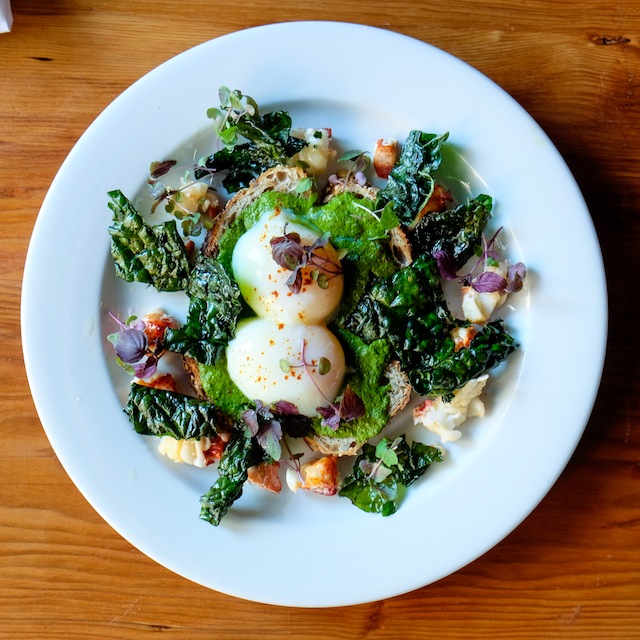 We do this lobster dish. It’s kind of like a lobster Benedict, and it is absolutely delicious. It’s our best seller. It’s one of those items where it looks beautiful on the plate, it’s delicious, and it might not ever change. One of my favorite bakeries in the city is Sullivan Street Bakery, and they make a hearty multigrain bread [for our lobster dish], and so the bread is nicely toasted, and we do one of those immersion circulator, perfectly soft poached eggs, so the eggs go down and it’s about half a lobster, we put some creamed kale on the plate and then of course some emulsified butter.

What previous job has most influenced your work at Crave?

Opening up South Edison, I was not only the executive chef, but I was the operator of a brand new, beautiful restaurant in Montauk, and so I think that really helped shape what we were doing at Crave Fishbar. Being out in Montauk on the East End and being able to work with lobstermen and crabmen and some of the local fishermen and seeing what their efforts were to bring in the catch [was educational]. Having that experience really helped me see a lot of the efforts that go into putting seafood in my restaurant and then on your plate.

Where is your favorite place to brunch in town?

That’s a great question. I just had a fantastic brunch at Lafayette. Way back when, of course, Prune was delicious time and time again. 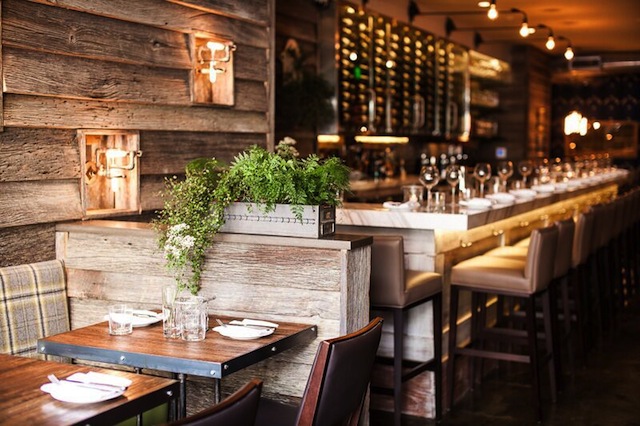 What is your favorite dish to cook for brunch?

Well we talked about the lobster Benedict. That was something that, when it was born, I was always happy to make. Another brunch staple that I love is a new addition [to Crave’s menu], which is a fried fish sandwich. We were always reluctant to have one on the menu, but it wasn’t until I went to Maine and had one and I was in heaven. It was so perfect and simple. I think that was the moment when I said this is something we should do too. The other thing is our burger. What makes such an amazing burger for me is a burger that kind of falls apart and doesn’t feel like a hockey puck. We season the hell out of it, give it a good sear, use a fantastic cheddar, and do a black pepper thyme aioli. I think it’s everything you want in a cheeseburger.

Do you prefer to brunch in or out?

What brunch item do you have to order if it’s on the menu?

Do you prefer Bloody Marys or mimosas?

I lost my father in a very random way two years ago, so not to be too emotional about it, but if I could have one more brunch with him, that would be pretty awesome.