Marcellus Coleman has his parents to thank for his career as a chef, not because they’re culinary industry veterans but because they forced him to get a job as a teenager that eventually led him to discover his passion for cooking.

After working in a number of top restaurants on the East Coast and in Chicago, Coleman recently landed in Williamsburg at Midnights, which opened earlier this year.

We recently spoke with Coleman about his unexpected career as a chef, his experience on the TV show “Chopped,” and of course, brunch. See what he had to say below, and read our review of brunch at Midnights here.

You originally studied political science and pre-law in college, how did you end up being a chef?

My parents made me get a job to earn a little extra money for partying on the weekends. I got a job at a place called Original Pancake House, which I guess is a more upscale version of IHOP. I started washing dishes there and just got bit by the cooking bug. In less than six months, I was running the line.

Where did you go from there?

I went to a place called Hyatt University Village in Chicago. I worked there for about a year and a half before I moved on to another restaurant that the chef there left to open in Riverside, Illinois. From there, I decided to go to culinary school at Johnson & Wales.

What previous job has been most influential on your cooking style now?

I think there’s a tie between three places — Al Forno, Clio and wd-50. Al Forno was the first major place that I worked in. I learned about fresh ingredients. We all loved each other, and the food was amazing. Clio is where I really learned technique. My technique revolves around everything that I learned at Clio. At wd-50, I learned to free my mind and think outside the box.

You were also on “Chopped.” Tell us about that experience.

To be honest with you, it was really easy. First of all, working in restaurants like Clio, where I saw every ingredient in the world; on “Chopped,” a lot of the ingredients these chefs have not seen before, and that throws people for a big loop. I’m not trying to be cocky or anything like that, I just felt it was a very easy show because I knew how to cook and I had great technique and I’ve seen a lot. It was fun, and it’s definitely a real show because it’s not scripted at all. It was fun, but I didn’t find it extremely challenging. 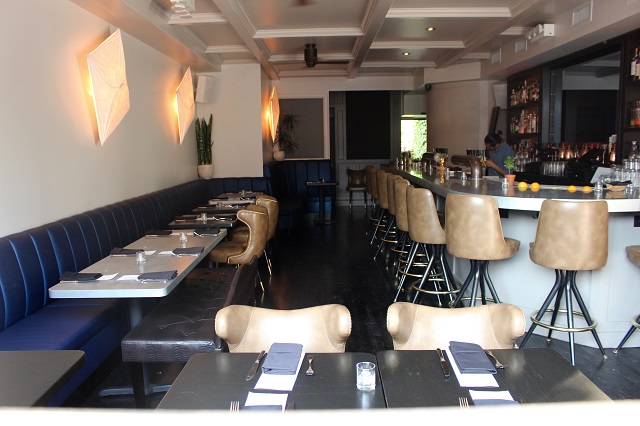 What made you want to join the Midnights team?

I just hit it off with Raffaello [Van Couten]. When we first started meeting together, normally interviews only last 15 or 20 minutes, but we ended up talking for almost two hours about life and food. It just felt like a great team and something special that they were trying to build.

What have you learned from being at Midnights so far?

I really love the apple pancake. 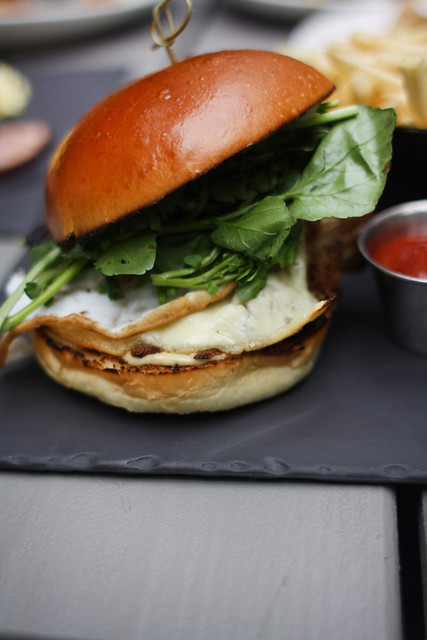 What’s the most popular item on the menu?

The steak and eggs is a huge seller. People really love the duck breakfast sandwich. There’s something for everybody.

What’s your favorite dish to cook for brunch?

I like rice, Chinese sausage, you put a fried egg on top, a little scallion and Worcester sauce. That’s what I like to eat at home.

Where’s your favorite place to brunch in NYC?

DBGB. There’s a lot of what we do here. The food is recognizable as well. It’s not going to throw anybody for a loop. It’s just solid. It tastes good and looks good.

Do you prefer to brunch in or go out?

I prefer to go out for brunch. 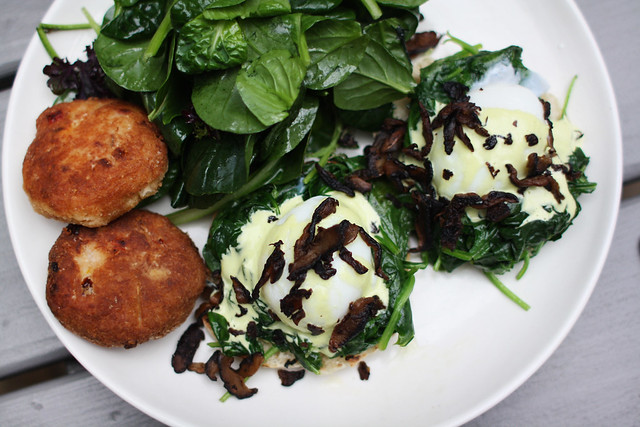 What’s one brunch item you have to order if you see it on a menu?

I love a good steak and egg, or a good eggs Benedict actually.