Last week, an incredible chef came to my house and cooked breakfast for me in my kitchen. It was a treat. Forget the eggs and bacon—this was a three-course gourmet feast crafted just for four friends and yours truly.

No, this wasn’t a New York chef-on-demand service. This was Chef Kevin O’Connor, the Californian behind a string of Michelin-starred restaurants and the brand ambassador for Cobram Estate olive oils. 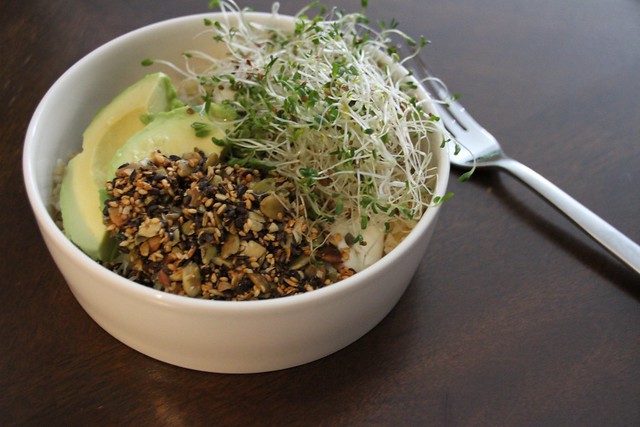 O’Connor was visiting New York from his native Sacramento for a few days, and we invited him to stop by and show us how to really cook with olive oil. Turns out, this man cooks from the heart. And all that olive oil is a nice bonus.

A key lesson of the morning was how to assess the quality of your olive oil. Buy it from the bottom shelf? I will absolutely think twice now. O’Connor actually gave us a blind taste test: off-the-shelf stuff versus Cobram Estate vintages. The difference was astounding.

But we learned a lot more than just the basics of olive oil. Did you know, for instance, that false extra virgins are a thing? While he was whipping up his three courses (and two incredible cocktails—watch for the recipes next week), we watched in wonder and chatted him up. Here’s what he had to say. 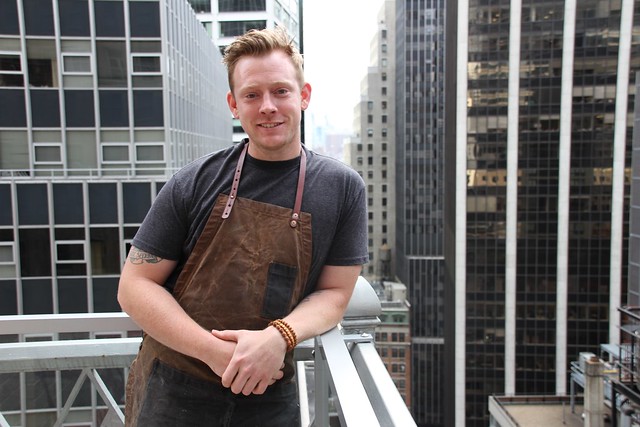 I’ve been in love with cooking ever since I can remember. I first fell in love with the theatrics and gift-giving of cooking; breakfast in bed for my parents. I’d pick things from the garden and set up little restaurants in my bedroom, lighting candles and all that. I became introduced to the romance of food. I got my first job washing dishes when I was 14. When I was a kid, I aspired to be a prep cook, which I thought would be the coolest job.

Did your parents cook a lot?

Yeah, every night was them in the kitchen getting dinner put together, sitting down and eating together. That was huge. I never realized how important it was until later growing up and realizing what spurred me to fall in love with food and cooking.

My dad cooked as an odd job growing up. That whole side of the family was in the restaurant industry. Actually, he and his sisters all worked in the same restaurant in Sacramento. They were servers and his brother got him a job in the kitchen. He started washing dishes and worked his way up. It’s not what he does anymore, but he’s definitely a really good cook, and so are my mom and my grandma.

So it kind of runs in the family?

Yeah, everybody in the family cooks, except my brother. He grew up around all these cooks, so we’d all be in the kitchen, and he’d set the table. In high school I had a work experience program, which allowed me to cook. My junior and senior year, I’d get out of school around noon and go to work.

I was wondering how that 14-year-old gig worked out. That doesn’t seem legal.

I actually forged a work permit and a report card in the same day. My brother is really into computers and always has been, and I got a bad report card so he helped me forge that, and so I wanted to see if he could help me forge a work permit because I really wanted a job in a restaurant.

I felt so bad because I got this great report card and got a job totally illegally. My parents were proud and took us out to dinner. It was the guiltiest food I’ve ever eaten. 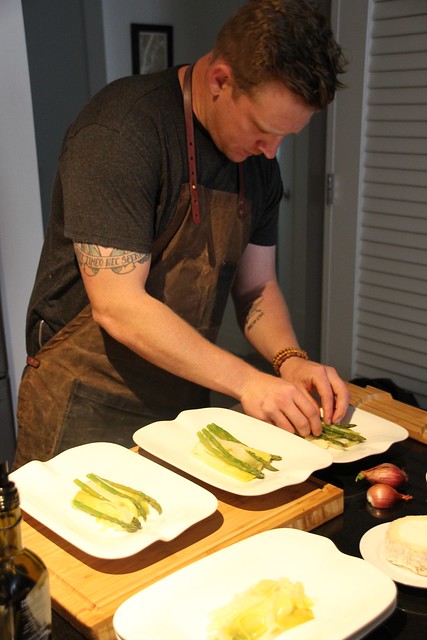 Alright, how did you get started then?

When I was about 17, I worked in some country clubs, mom-and-pop bistros around the area for a bit, but when I was 17 this restaurant called Mask opened up and this badass, Michelin-starred Italian chef came out and dumped a ton of money into this restaurant, so I was banging down their door every week.

My resume basically stated I had no business working there, but I was so persistent that the chef was just like, ‘Alright, what’s your schedule?’ and he slowly started working me in, and that’s when I fell in love with fine dining.

I moved to France when I was 19, and I got to work in some cool spots. I started a pop-up restaurant when I got home, which kind of led me to my first executive chef position when I was 23. I got totally burned out and moved to Montana for three months then came back and worked in San Francisco, which then led me to coming back to Sacramento to another restaurant, which is where I was when I met Cobram Estate.

I still get to cook and do what I love, but I’m not in a stainless-steel box 16 hours a day worrying about food costs and labor costs and scheduling. I do miss the restaurant industry sometimes, having the whole crew and that comradery. 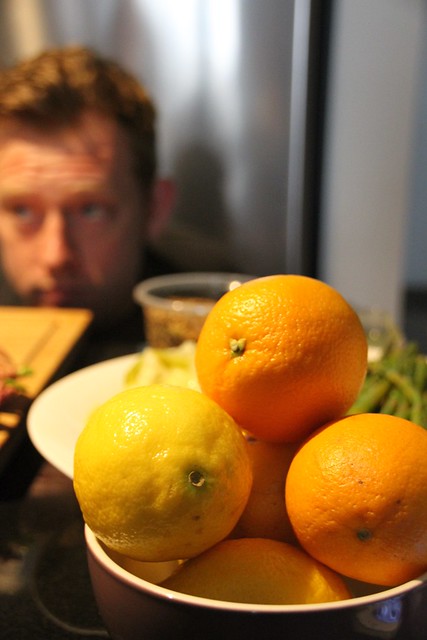 Where does your cooking style come from?

It started out very French, and then being in California, I adopted a lot of Japanese techniques. I’d say my cooking style is Californian. But yeah, France had a huge influence.

I got really into foraging in France as well. I worked at a restaurant at a winery, and the wine maker would go out every morning and come back with ingredients. There was so much stuff growing in that region. We’d go out to the coast and get clams and mussels and throw out crab nets and go to the market on the way back, which was just in this totally picturesque little village.

It was a dream. That’s how food should be. That’s the realization I came to when I was in France. It’s not like I picked up a ton of techniques or it really influenced my style, more just philosophy. And a lot of great dinners with a lot of great people where we just spent hours and hours around the table. It kind of inspired me to start the pop-up when I got home.

I started cooking with this family once a week that wanted me to cook them American food. We had an argument that there’s more to American food than cheeseburgers, and one day they’re like, ‘Well, show us.’ So I did this huge dinner for this family and they were like, ‘That was cool’ and they slowly started invited the guy that grows peaches down the road and the lady with the ducks up the street and so by the last Sunday it was 20 people and the kitchen crew from the restaurant would help me out.

It was that initial spark where I started finding my own style. When I came home, I had to start this pop-up restaurant, which didn’t really start as a pop-up, it started as cooking for friends, restaurant industry people, like ‘Hey bring some beer, bring $20,’ and it slowly started growing.

Then Sacramento Magazine reached out and said they wanted to do a story on the pop-up restaurant. At the time, there weren’t pop-ups, there wasn’t much going on in the food scene besides restaurants, and I had to Google what a pop-up was. At the time it was just underground dining or guerilla dining. There wasn’t much happening, even in the city in San Francisco. It was a weird start. It kind of all happened accidently. 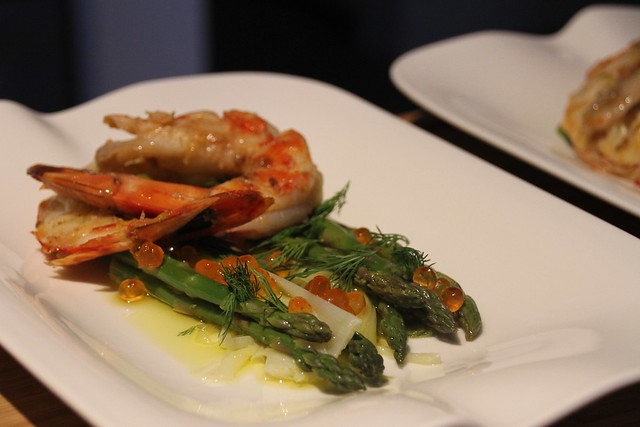 You’re an award-winning chef. Why work with an olive oil company?

Cobram likes to do things a bit differently. It’s not just a bunch of bread and oil. Their commitment to quality is like nothing I’ve ever seen before. They’re very serious, very meticulous from start to finish, from how they take care of the olives in the groves all the way to harvest and processing and bottling and storage, and then they can track who planted that olive tree seedling.

There are groves in Central Cali, a lot in Yolo County, Napa, Chico, all over California with Sacramento being central to it, which is why we produce in Woodland just outside of Sacramento. We want that fruit to get processed immediately.

It’s much like making wine. You’re not going to harvest grapes and let them sit around for four or five days and then make wine out of it. At the end of the day, we’re making fruit juice, so it’s got to be fresh.

There are also groves in Australia. In Australia, they’ve been doing it for about 20 years. They’re very well established and own a ton of land. The production is huge out there. It’s been the number one brand of olive oil in Australia for a while.

What do you love to cook with olive oil?

When I first started cooking with this, I had a few different varieties to play with, which was cool because it was during harvest before we blended and separated the varieties. I found different notes in each variety, which was a lot of fun.

I feel like cooking with olive oil, you shouldn’t just buy one bottle of olive oil. It’s kind of like having one bottle of wine in your house. Some olive oils are a little more buttery and mild and some are more grassy and herbaceous and need some larger flavors to stand up to them.

Some of these oils, especially these really fresh oils are really pungent have that kick in the back of the throat, which is good—that is what you want. That means it’s fresh. 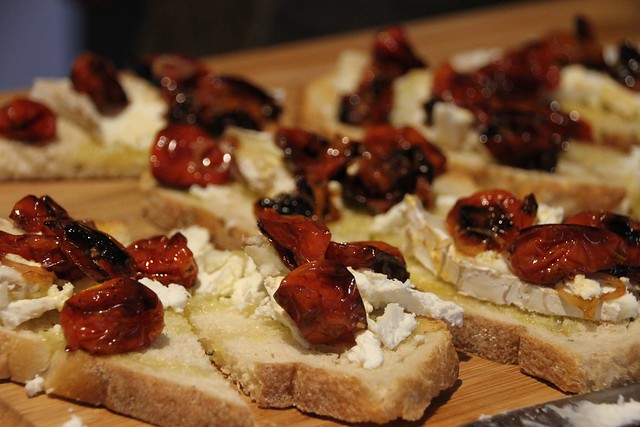 So olive oil can be a total substitute for butter?

A lot of people with a nice olive oil, it’s just for drizzling or for finishing, but you should be cooking with it. A lot of people have the assumption that you can’t actually cook with it or you’ll damage it or it’ll smoke or the kitchen will catch on fire, and that’s actually true with lower quality olive oils or false extra virgins, which is 70 percent of what’s on the grocery store shelves.

There’s a lot of olive oil out there that might be labeled extra virgin, like in the past you might have seen a Bordeaux wine or champagne that’s not actually from that region. It’s one of the most adulterated food products, so with those crappy olive oils, the smoke point is really low because there’s a lot of free fatty acids.

Free fatty acids are heat sensitive. So with the high quality olive oils, they’re very low in free fatty acids and there are antioxidants that actually protect the oil too. You’ll even look in a culinary cookbook and it’ll say, ‘The smoke point of olive oil is this,’ but there are so many variables. 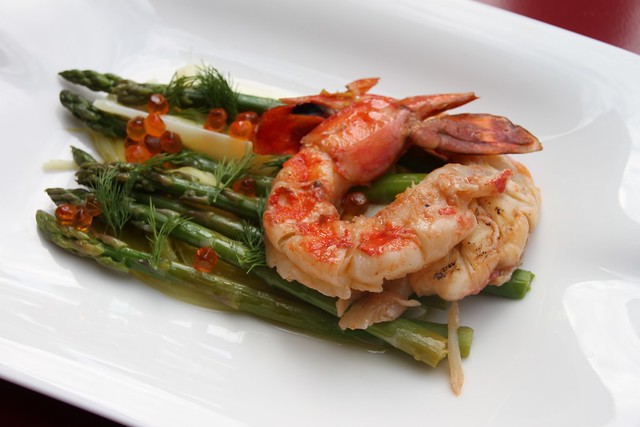 What are some of your favorite dishes to make with the olive oil? What really brings out the flavor?

You first assess the fruitiness, then the nuttiness and the pungency. The recipe for the frosting is just powdered sugar and olive oil. It kind of came about by accident. Late one night before this harvest lunch, I had no idea what I was going to do for dessert, and there was a farm just down the street from the grove we were in, so we were sourcing a lot of stuff from that farm. I had these beautiful carrots, so I thought carrot cake. I started messing around with the buttercream and thought “Why am I using butter when this dish is the last bite of this olive oil experience?” so I put powdered sugar and olive oil in a KitchenAid and now I’ve been stuck making this. They call it my molten chocolate cake.

BitchBiz: This post is sponsored by Cobram Estate olive oils.