Sometimes, brunch is an all day affair, and sometimes you just want to roll out of bed, throw on yoga pants, and grab a nice meal. After an awesome date at Dinner Lab the night before, we woke up on a Sunday and did just that. Three hundred yards, two lingering snow banks, and one dodgy pigeon later, we arrived at our quaint neighborhood refuge, Bistro Bohem. 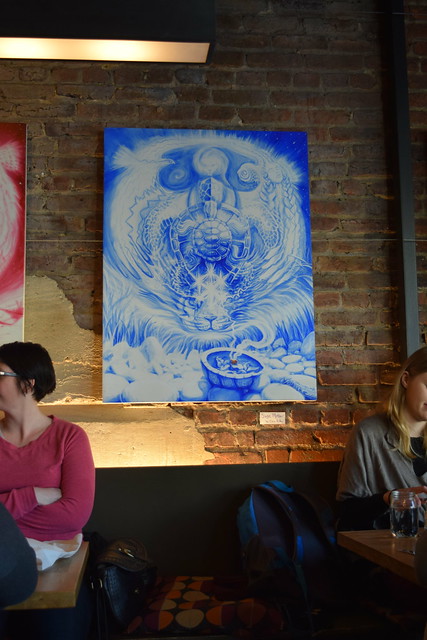 We walked in, lacking our usual first cup of coffee, completely unprepared for the convivial scene taking place inside the café. Our calm, quiet, Czech bistro was busting at the seams with heart balloons, homemade conversation heart cookies, and diners that were clearly taking advantage of the $15 bottomless mimosa deal. To be fair, it was Valentine’s Day, so #lovewins. 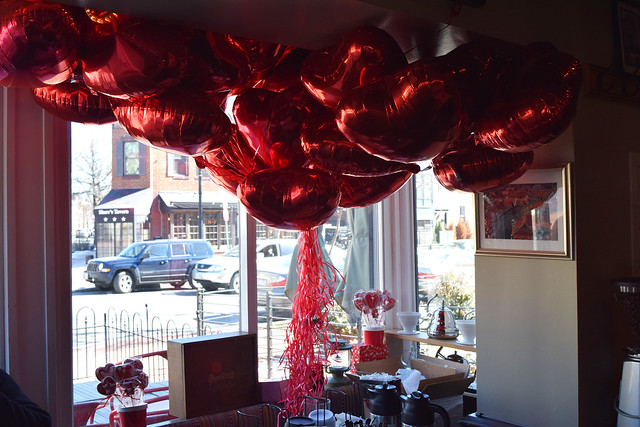 Still licking our wounds from the night before, we were thankful to be seated in the quieter side of the restaurant and opted for a couple rounds of coffee, instead of indulging in the bottomless deal. 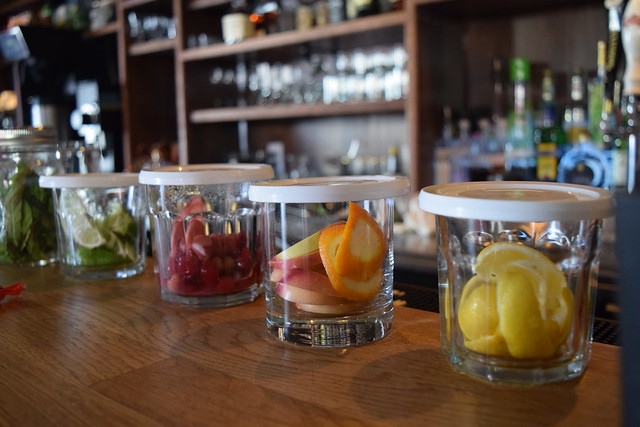 A quick jaunt down memory lane: when we first moved to the neighborhood, Bistro Bohem stole our hearts with the most random, delicious sandwich we’ve had in DC: the chicken schnitzel banh mi. It was a traditional Vietnamese sandwich served with a thin, lightly breaded piece of chicken, slathered in delicious aioli. We were hooked. Last year, my friend Cate visited for three days and once we introduced her to the sandwich, we found ourselves back there, by her request, twice in one weekend! Despite our efforts to single-handedly keep the sandwich in rotation, they’ve since removed this amazing dish off the menu. I suppose our waistlines should be thankful, but our hearts say “bring back the banh mi!”

As a compromise, we saw the chicken schnitzel waffle on the menu and decided that this would have to suffice. To balance things out, I went with the farmarska omeleta, which was gluten-free and vegetarian.

I won’t pretend like I’m a chicken schnitzel connoisseur (unless consuming it once a week for a year counts), but I will tell you that the Bistro makes some of the best chicken dishes I’ve had in this city. Serve it to me on a sandwich, on a waffle, on a piece of cardboard, I’ll eat it. It’s that good. 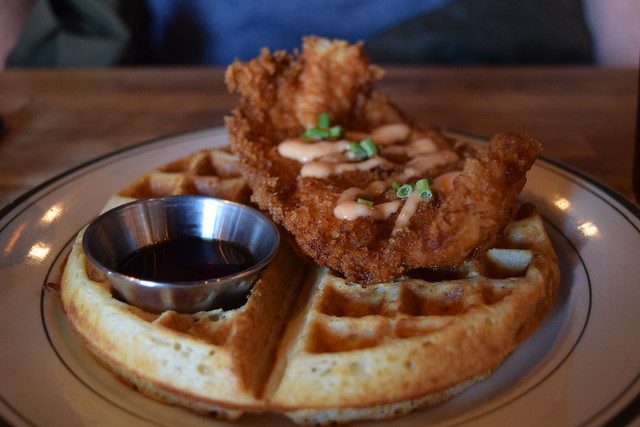 The waffle was cooked perfectly, and invoked a conversation about pancakes versus waffles, in which we unanimously decided that we’d take a waffle over a pancake any day.

The omelet is a safe order and I like that it’s a one stop shop. The vegetables and the potatoes are all baked right into the omelet. I do wish that the vegetables were a little more cooked, but it doesn’t deter me from ordering the dish time after time. The side of rye bread is hearty and sturdy enough to hold a bite of the omelet, when you decide halfway through that you don’t want to be gluten-free anymore. 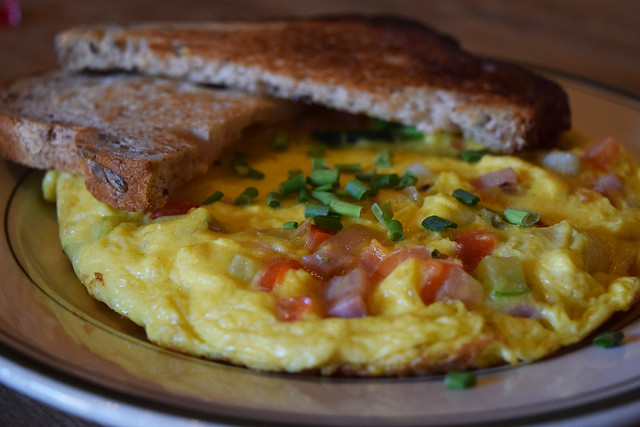 The servers are friendly and knowledgable. But, on a busy weekend, they are not always speedy, which is fine because we usually come in when we have nowhere to be. After a leisurely meal, we headed out, not before swinging by the bar to grab two coffees and a cookie to go. 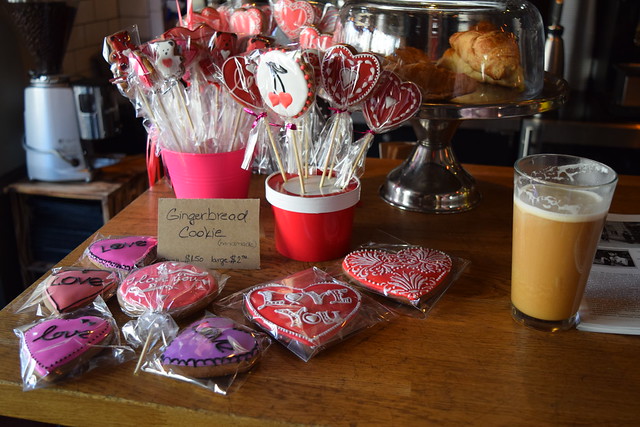 The Bitches say: B+. We never thought we’d consider a central European restaurant to be our go-to, but we’re hooked on the comfort, ease, and reliable dishes at our neighborhood bistro.

One thought on “Bistro Bohem Brunch”