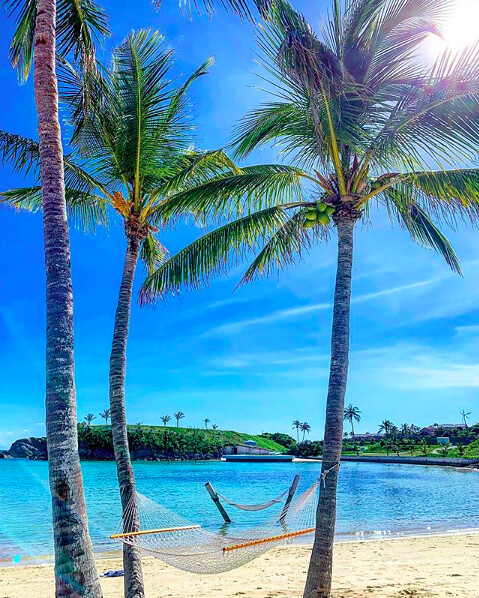 Bermuda is an idyllic tropical island in the middle of the Atlantic Ocean, hundreds of miles from anything else. The 20-mile oasis is known for its pink beaches, turquoise waters, and pastel houses. Besides its visually stunning and colorful landscape, the island is famous for being perfectly manicured and maintained. 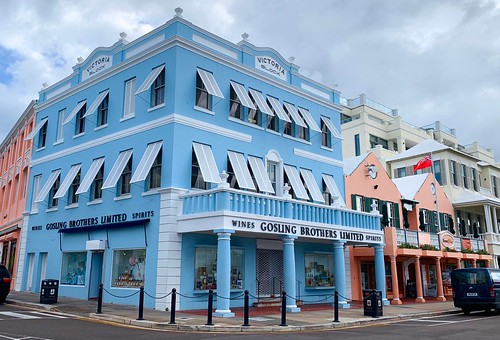 Growing up on the East Coast, Bermuda was a favorite vacation spot, and I like to think that I have become somewhat of a connoisseur of the island. Through the years, I’ve been to Bermuda probably a dozen times for occasions ranging from childhood vacations to party cruises with 27 family members in tow, to – most recently – a relaxing babymoon with my husband. 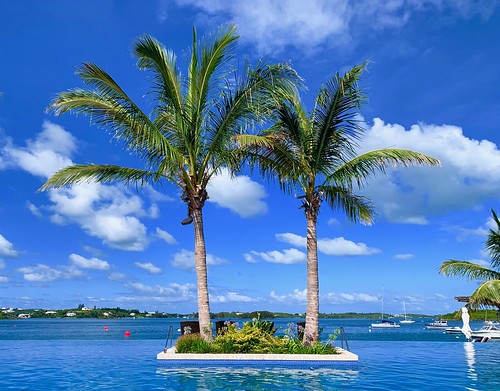 I have friends who have gone for girls’ trips and bachelorette parties who have had good experiences too. Bermuda can be a most-scenic backdrop for any occasion, although I generally think of it as a place to relax and restore – to turn down, not turn up. To park yourself on its pink sands with a good book and a tropical cocktail, far away from the hustle and bustle of our metropolitan lives and busy jobs. The island draws a lot of young families, couples, honeymooners, and most recently – babymooners, thanks to its Zika-free status. 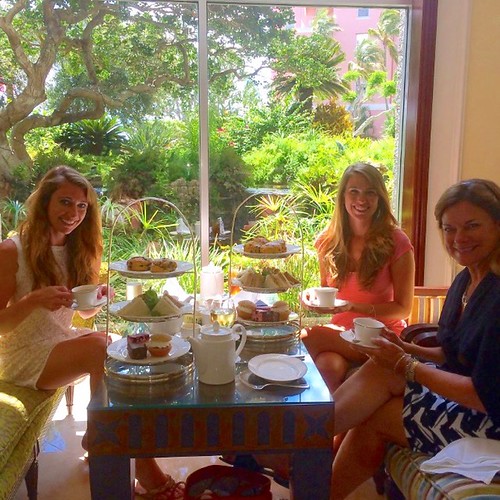 If you can’t decide between a European vacation and a tropical one – Bermuda is the best of both worlds. It’s a British territory and has strong English roots embedded in its culture. Many of the locals have English accents, and afternoon tea is a celebrated indulgence around the island’s numerous resorts. (I’m pretty seriously obsessed with afternoon tea, so this is a big plus for me. I think I’ve binge-watched too much Downton Abbey through the years). The restaurant scene is a blend of fresh seafood, authentic European cuisines, upscale dining, and casual pubs specializing in the dark ‘n stormy and the rum swizzle! 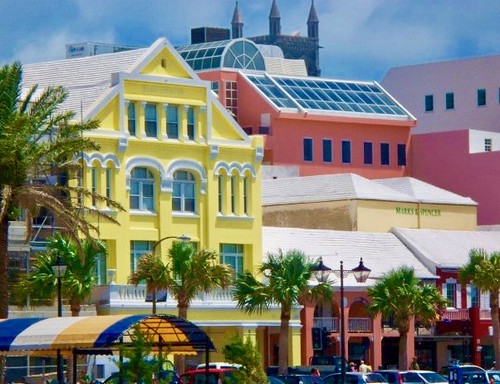 The island is divided into three major parts: Southampton, Hamilton, and St. George. Ferries conveniently run between each part of the island. Southampton is the home of scenic beaches (like the famed Horseshoe Bay Beach), Hamilton is the shopping and dining capital with a cute and walkable downtown, and St. George is the historic part of the island with cobblestone streets, an old church, and a glimpse into Bermuda’s past. If you’re tight on time, I recommend concentrating your time in Southampton and Hamilton. 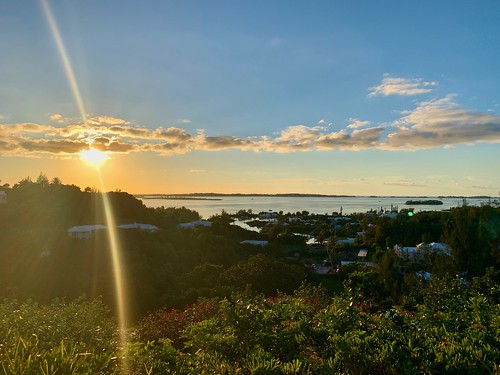 So before we get into the beaches, food, and fun – let’s talk logistics. Bermuda’s peak season is May through October, although you can get some pretty great flight and hotel deals if you book just outside of that window. But be cautioned – book too far outside of that window and you may get dicey weather. My most recent visit was over the Fourth of July, which is said to be Bermuda’s busiest tourist week of the year. 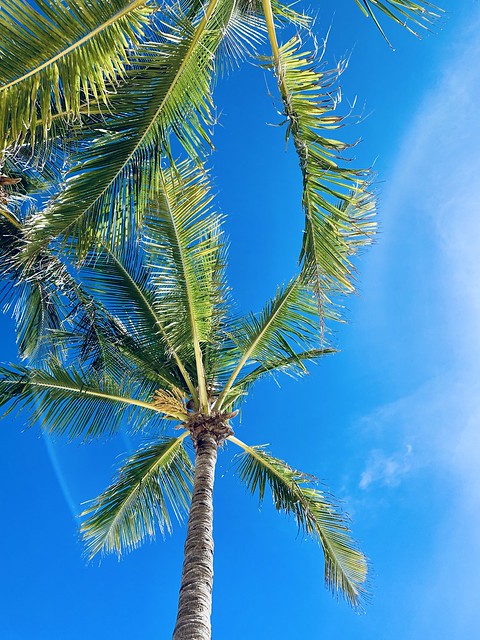 If you’re an East Coaster, you have an array of short, direct flights and cruises to choose from! Flights are under two hours to and from Boston and New York, and 7-day cruises regularly run out of both cities (I’ve tried Norwegian out of Boston, which was fun, convenient, and highly entertaining with a big group). Getting to the island is so easy that it’s a familiar destination to many Easter Coasters. When I moved to Chicago, I was shocked that so many people couldn’t even find Bermuda on a map! But it’s a secret worth sharing – and a destination that is worth a visit no matter what your starting point. Plus, the trip from Chicago was still relatively painless: two short flights, each at or under two hours. 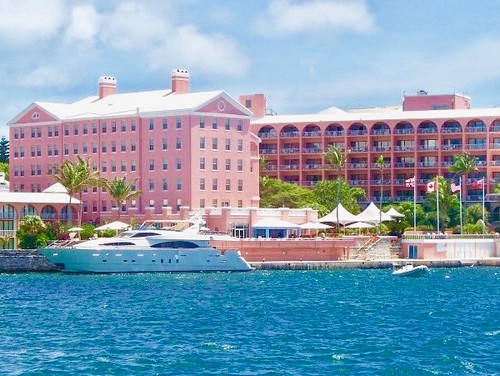 When we booked our babymoon a few weeks ago, there was no doubt in my mind that I wanted to stay at the Hamilton Princess Hotel & Beach Club. The picture-perfect “pink palace” boasts an infinity pool overlooking the marina and harbor, three restaurants, and an Exhale spa. It’s just a few blocks from downtown Hamilton, and perhaps the best part of the resort is its access to a private beach and beach club in Southampton. Shuttles run regularly between the hotel and beach club, which includes an on site restaurant, beach chairs and towel service, and plenty of kayaks, stand up paddle-boards, and hammocks to relax on. 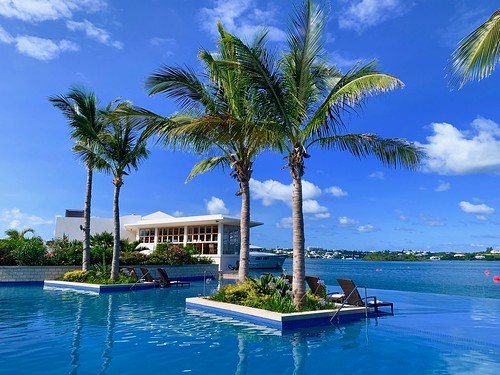 The hotel is marketed as “Bermuda’s only luxury urban resort,” which is kind of hilarious because “urban” is a pretty loose term here. However, it’s close to everything and walkable from all of the shops. Nothing beats coffee by the infinity pool overlooking the marina, and it was incredibly convenient. My other favorite hotel on the island is the Fairmont Southampton. It has a much more old school vibe, but is definitely next level luxury. I have also heard great things about The Rosewood and Elbow Beach. 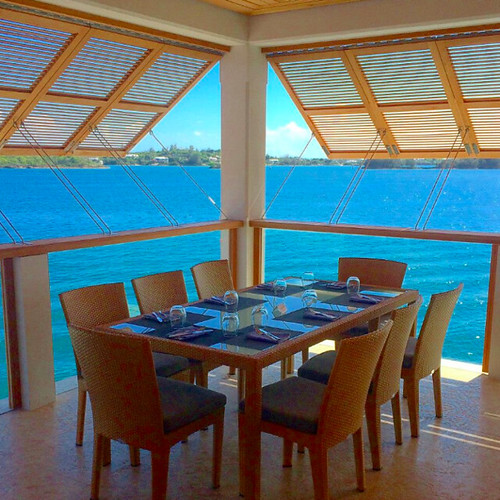 Easily, our loveliest and most memorable meal was at the Waterlot Inn. It’s a classic and romantic, special occasion kind of place. It’s been a Bermuda staple for 330 years – yes, you read that right! – and is widely considered the nicest restaurant on the island. The tableside Caesar salad, truffled mac and cheese, and steaks topped with truffle butter left a lasting impression on our palettes! And our waiter provided the best service I can remember having at a restaurant in recent memory. 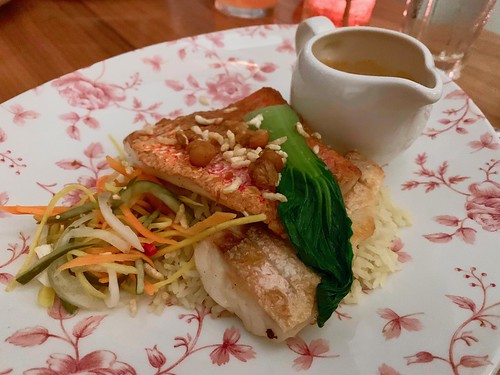 We enjoyed our meals at the Hamilton Princess’ three restaurants. There were some service mishaps – likely due to the fact that the hotel was overbooked – but overall, the food was good enough at all three that we became regulars at each for the week. The “seared sinky bay snapper” at Marcus’ was our favorite dish, and you can’t beat the open-air and harbor views at 1609. Being about 95 months pregnant, I was especially impressed with 1609’s build your own sundaes and chose to replace cocktail hour with ice cream sundae hour. Other past favorites include La Trattoria for pizza, Pearl for sushi, and BWB contributor Meghan recommends The Pickled Onion for dancing the night away! If you’re arriving by boat, there’s a floating pirate ship near where the ships dock called Calico Jack’s Floating Bar. It’s filled with rum and good memories of too many late nights with my cousins. 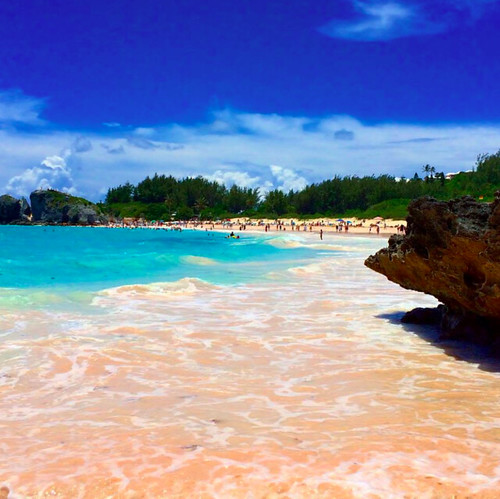 The beaches are truly the reason to come to Bermuda! While I’ve never really felt that they look truly pink, some swear they do. Still, they are some of the prettiest, most scenic beaches you will ever see. Horseshoe Bay is the most popular choice for tourists, but the Hamilton Princess’ private beach is known to be the most well-maintained. You can’t really go wrong with any of the beaches, and even I – a fair skinned northerner – think there are few things better than spending the afternoon staring off into Bermuda’s cerulean seas. 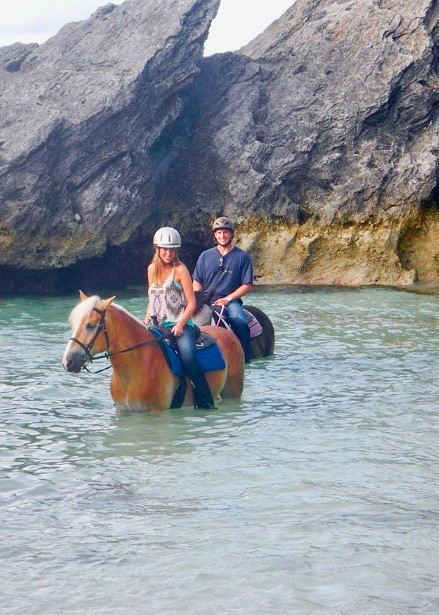 For those looking for more active adventures, there are kayak and boat rentals all over the island. The Hamilton Princess even rented kayaks and other recreational boats through the hotel. My most memorable Bermuda adventure was horseback riding on the beach and through the island’s lush landscapes with my sister and brother-in-law a few years ago. While the particular company we went through is no longer in business, there are plenty of options for guided horseback tours on the island. And I have to say, riding a horse on the beach and into the ocean is a once-in-a-lifetime experience (for me at least!). 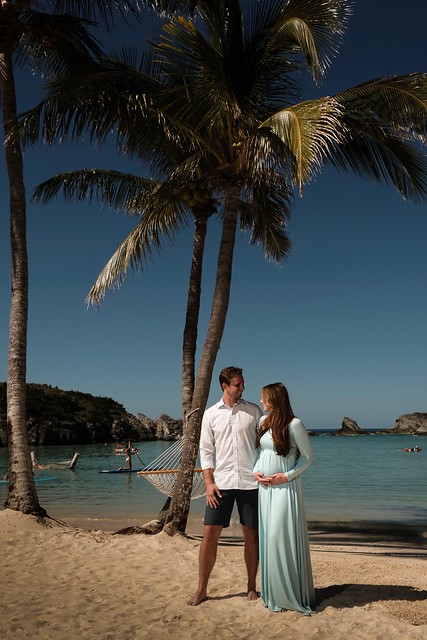 On a couple of special occasions recently, I’ve had a professional photographer capture different important moments. Because honestly… who doesn’t love a good photoshoot? For the same amount you might spend on a spa treatment or a special dinner, you can capture memories that you will always have. Since our most recent visit was for our babymoon, I contacted the Hamilton Princess a week in advance for recommendations on a photographer. I was so glad they introduced me to Ernest McCreight. Professional photos can be hit or miss, but I considered this well-worth the cost (which was incredibly reasonable by the way). So whether it’s engagement photos, your honeymoon, a babymoon, or just a vacation you want to remember, I highly recommend this photographer. I told him exactly what I wanted – a simple, half-hour session on the beach with no frills and his best rate possible, and he more than delivered. I work with photographers all the time in my line of work and can say that Ernest is among the most talented I’ve met. 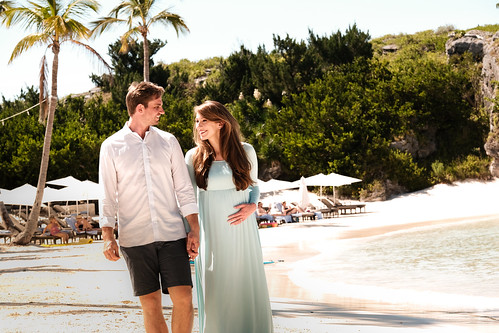 Bermuda is one of the prettiest and most convenient destinations I have visited. No part of this post was sponsored – I just love Bermuda enough to keep visiting and highly recommending it!

Until next time, my pastel paradise!

Atwood Brunch and Staycation at The Alise Chicago