It seems we skipped the gradually warm days of late spring and went straight to the unbearably hot Manhattan summer. Or at least, that’s what it felt like on this particular Saturday. You know the feeling–when you step outside and can literally feel the heat radiating off of the sidewalk and wonder why you even bothered to do your hair and makeup. 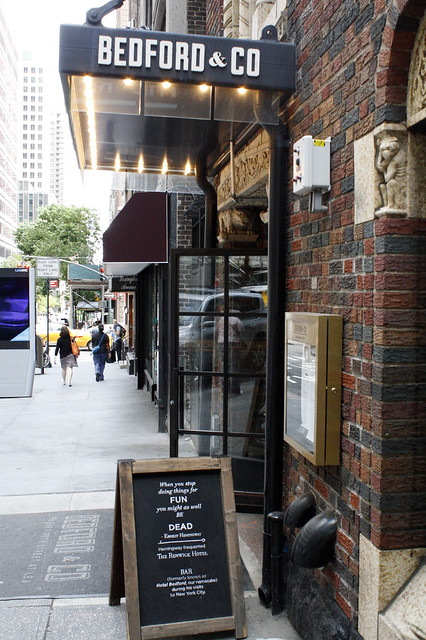 We had recently been invited to try brunch at Bedford & Co., a restaurant in Murray Hill tucked in to The Renwick hotel, and made the mistake of deciding to walk. No sooner did we make it down the block, I was already ready to be back in the AC–and in desperate need of a strong cocktail. 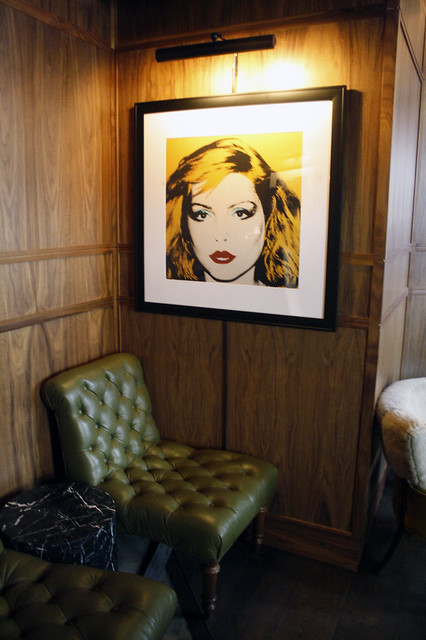 Thankfully, it didn’t take us too long to arrive at our destination, just south of Grand Central station. Dimly lit, spacious, and cool, Bedford & Co. was a welcome refuge from the summer sun beaming down outside. 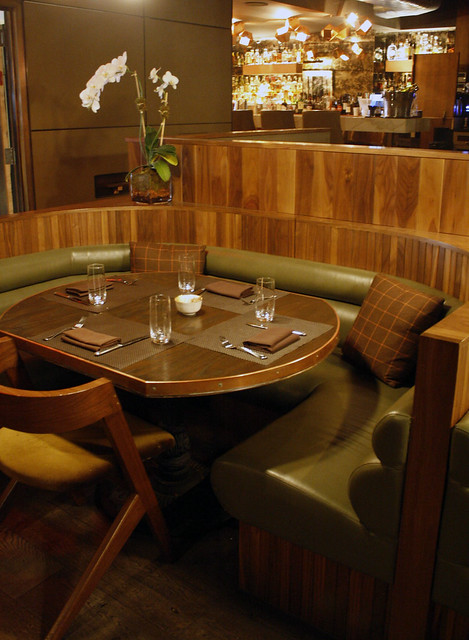 We immediately loved the vibe of the place, which was reminiscent of an old school smoker’s lounge with a modern twist. Think Andy Warhol-style art pieces (featuring Blondie, Madonna, and the like), oversized, tufted leather chairs, speckled cowhide rugs, and spacious booths complete with tartan pillows. 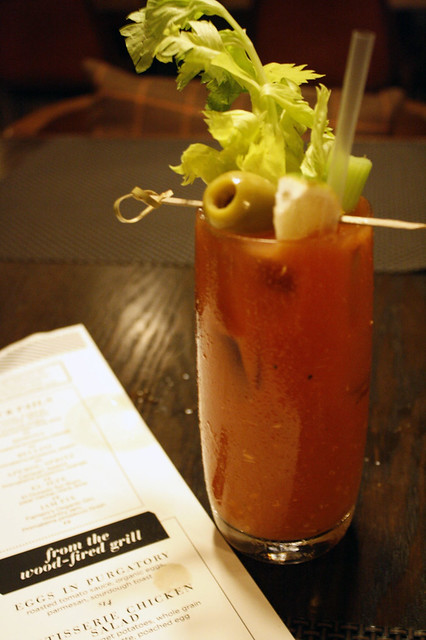 Per usual, I kicked things off with Bedford & Co.’s wood-fired Bloody Mary. Smirnoff vodka was mixed with smoked tomato juice and spices, and decked out with an olive, lime wedge, and a fresh stalk of celery. This Bloody was chunky–but not overly so–and spicy in all the right ways. 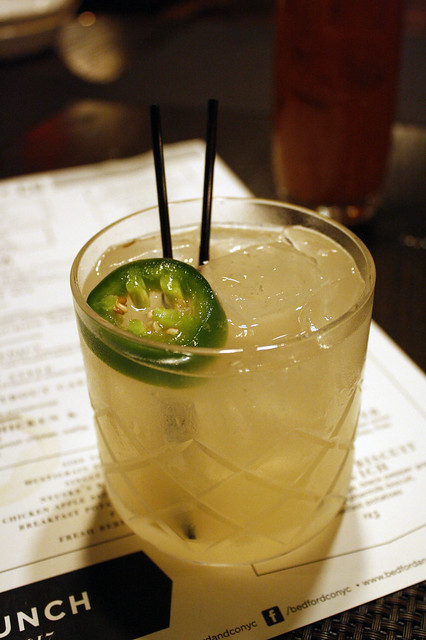 Feeling a bit spicy, Fields opted for a cocktail dubbed the Zelda. Cimarron Blanco tequila and Cointreau were complemented by grapefruit juice, lime juice, and fresh jalapeño. Incredibly refreshing, this cocktail was the perfect remedy for a sweltering summer day. 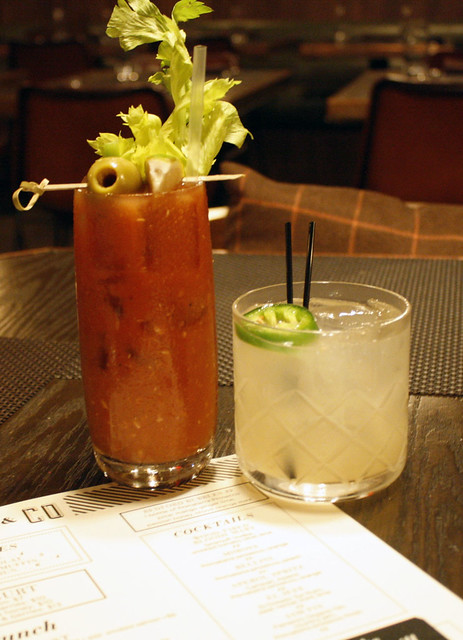 Bedford & Co.’s brunch menu was extensive, and we were having a hard time deciding what to order. The cinnamon bun or the rye pancakes? The smoked salmon soft scramble or the breakfast sandwich? We ultimately agreed to split a few things. 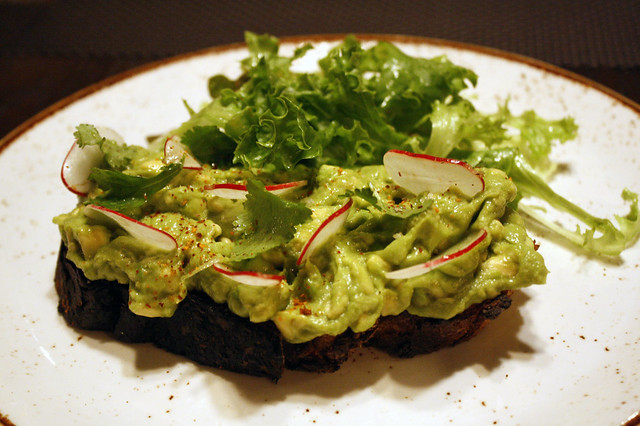 First up was the avocado toast. Served on a thick cut piece of sourdough bread, which was lightly buttered and then perfectly toasted, this healthy helping of avocado was topped with sliced radishes, cilantro and chili powder. 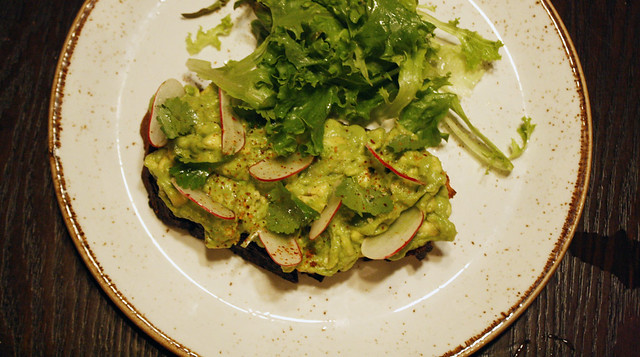 The texture of the avocado and the sourdough was literally perfection; the best kind of crunch, followed by the creaminess of fresh avocado. Our only comment was it was just a touch under-seasoned and could have used an extra splash of citrus. 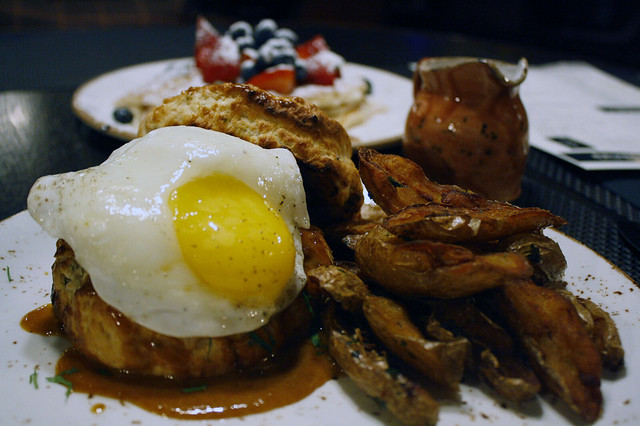 For our entrees, we shared the sausage and biscuit sandwich and the eggs in purgatory. The former consisted of chicken apple sausage doused in black pepper gravy, then topped with a fried egg and served between a homemade, flaky buttermilk biscuit. And don’t forget the heaping serving of crispy breakfast potatoes. 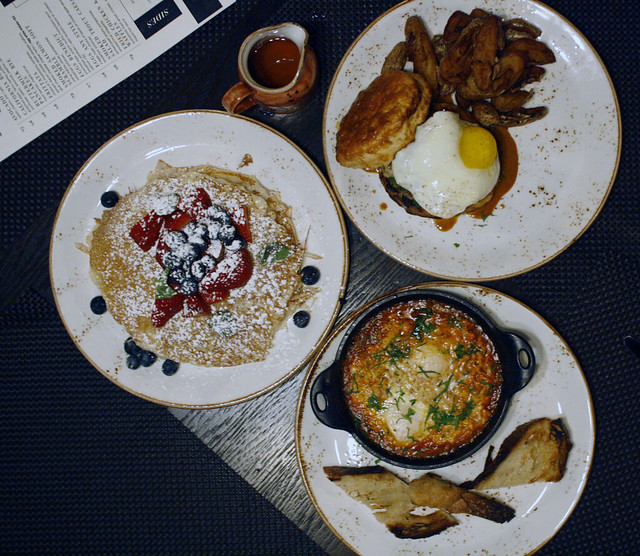 “Wow, that’s good sausage,” Fields remarked. “You can tell it isn’t your run-of-the-mill breakfast meat.” I wholeheartedly agreed. Turns out, Pat LaFrieda, the meat king himself, grinds a special sausage just for Bedford & Co.! The only thing better than the sausage was the fresh biscuit, made in-house. While this sandwich was messy, it’s definitely a must-order. 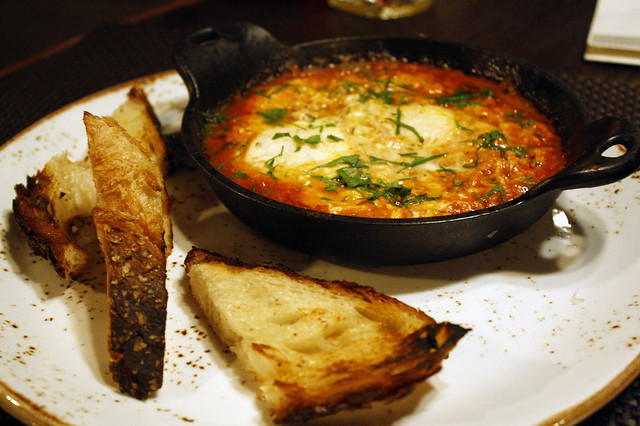 The eggs in purgatory were essentially an Italian spin on shakshuka. Organic eggs were cooked in a roasted tomato sauce, topped with parmesan cheese, and served in a mini cast iron skillet with sourdough toast points on the side.

The seasonings in this dish, paired with the robust sauce and the perfectly cooked eggs, culminated as an Italian feast in your mouth. And neither of us complained at the chance to get a second helping of the amazing sourdough bread–we used it to soak up every drop. 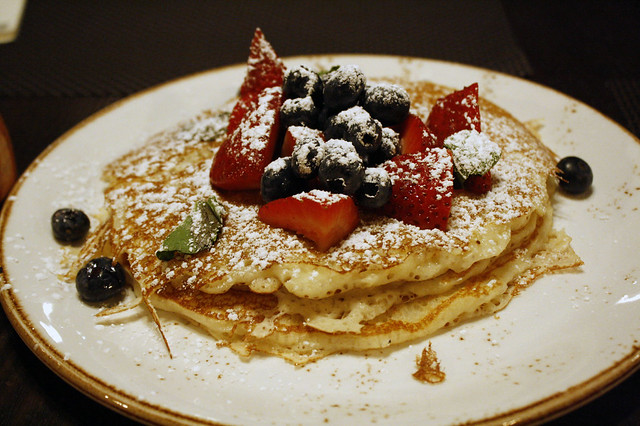 Since we were initially torn between the cinnamon bun and the buttermilk rye pancakes, the amazing staff did us a favor and made the decision for us by sending over the latter. These flapjacks were as big as your head and served with fresh berries, powdered sugar, and real maple syrup. 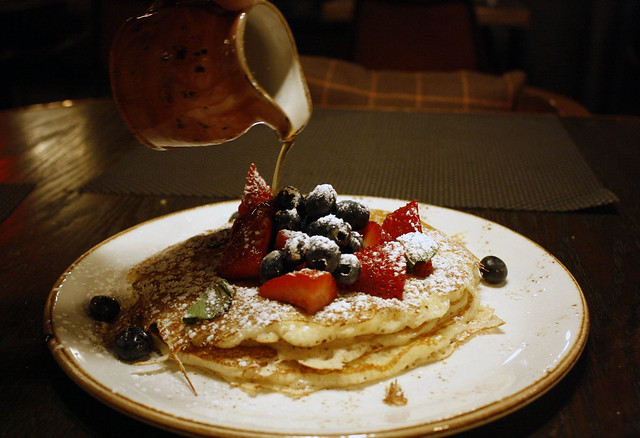 Rye isn’t typically a flavor you associate with pancakes, and I was worried it would be prominent and off putting. But these were absolutely delish and we quickly polished them off. While these pancakes were huge, they were relatively thin. You could easily order these as your main, or share them with the table like we did. 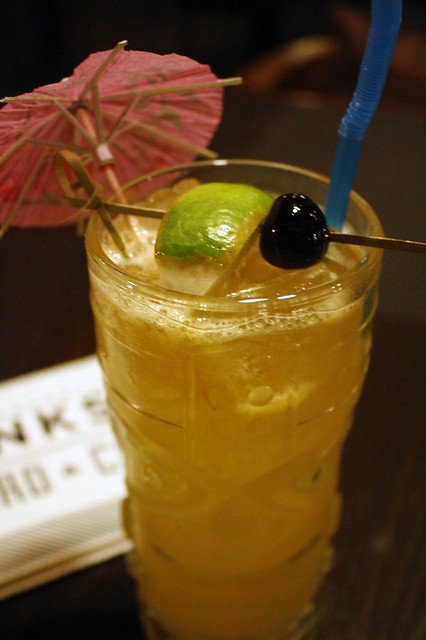 We ended the meal with one more cocktail each: a Tiki drink for Fields and a Jam Fix for me. A sucker for dark rum-based cocktails, we both thoroughly enjoyed pineapple-tinged Tiki beverage and adored the authentic glassware it was served in.

The Jam Fix came highly recommended by our server–it was her favorite cocktail on the menu. Country jam was mixed with Farmer’s Organic Gin, and topped with a Primaterra prosecco floater. I was immediately intrigued, as I’d never seen jam as a cocktail ingredient. It was similar to a fruit purée. Both cocktails served as a perfect ending to a near-perfect brunch.

The Bitches say: Five flutes. From the craft cocktails to the fresh, seasonal fare, Bedford & Co. offers a top-notch brunch, hidden in the heart of Murray Hill.