Put your pompoms up, get ready to bounce and make sure you are ready to feel the burn. Barre Groove is the place where you can find classes that will have you wishing you had more time to workout. 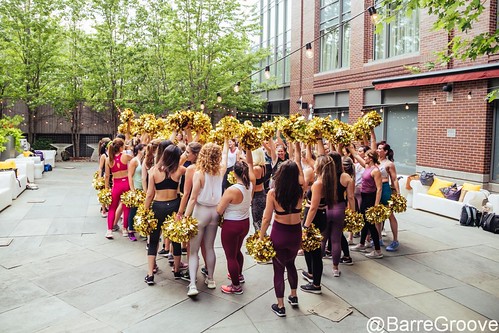 I have been seeing trampoline workouts trending on Instagram over the last year. So I was so excited when I learned that Boston has a new studio with a class full of personal-sized trampolines! After following Barre Groove and watching some of their videos, I had to find some time to get to a class. For my first visit, I happened to walk in with the owner, Alanna. She had a huge smile on her face as she checked everyone in. The studio is on the third floor of an older building in downtown Boston, filled with natural light, full-length mirrors, and exposed brick. 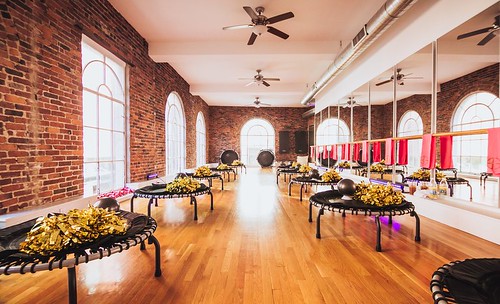 Alanna set up the trampolines and had newcomers get bouncing before class started. It was the first class of the day on a Friday morning, and there were about 10 of us there to get some movement in before work. The class I tested was called “barre and bands.” It combines the personal trampoline with bands to tone and sculpt. The class started with some bouncing with synchronized arm movements. I haven’t been on a personal trampoline since I was a child, and I was a little worried about falling off! That fear did not become a reality, and the muscle memory from my childhood bounced into action. I have been following a couple of West Coast trampoline studios on Instagram, so I was so excited to finally have a chance to personally experience the joy I’ve been seeing in my feed! The band portions of the class worked arms, legs, and booty. At the end of class, a couple of minutes were dedicated to core work. I left class that Friday morning ready for the weekend and excited to plan my next class. 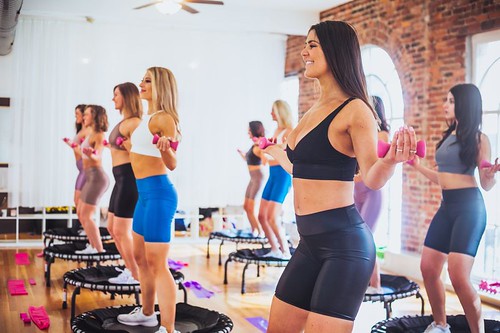 Since that first class, I have had various experiences with Barre Groove and all of them have been so much fun! In addition to barre and bands, there are three other classes: pom, barre, and bounce and barre. I have had the chance to take a couple of pom classes and have found that it will bring out anyone’s inner cheerleader. Yes, you hold pom-poms. Yes, they are gold and sparkly. The pom workout consists of choreographed songs that are all taught during class. Alanna was a Patriots cheerleader, and her upbeat spirit and high energy makes this class perfect for past cheerleaders, dancers, and those who love to learn some new moves. There is not a toning portion during the pom class, but the opportunity to dance to songs from Lizzo and Brittany Spears is more than enough for me to have a great time. I promise you will still break a sweat and boost your spirits at the same time. 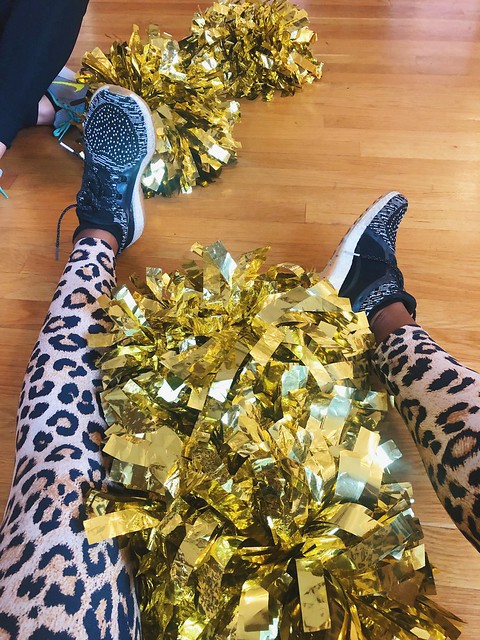 Barre Groove offers two new client offers, the first class is $8 and your two weeks of unlimited is $40! A single class is priced at $21 and class packs start at $90. The rate for an unlimited month is a deal considering the rates for other studios in the area, $145 will get you all of the classes you could possibly take! Classes are also offered on Classpass if you are currently a member. If you are into workshops Alanna has run various heels workshops and I am sure more workshops will be announced in the future!

Barre Groove was named the best barre studio in Boston in 2019 for a reason… get ready to bounce, burn and count to eight, all in one location.