My sister and I were in need of a quick, greasy bite at a restaurant located between our respective neighborhoods of Navy Yard and Bloomingdale. We had dined at The Tavern at Ivy City Smokehouse in the past, but we weren’t in the mood for fish this particular Sunday, nor a full sit-down ordeal. Ivy City is, however, not far from our two apartments, so we decided to give Ari’s Diner in the Hecht Warehouse apartment building a whirl.

Ari’s is small, compared to the large diners we went to while growing up in New Jersey. The green-and-white retro booths and the 16-seat bar overlooking the flat top grill greets you with a modern take on the typical grimy and outdated diner decor, which my fellow Jersey folk would likely argue is endearing. 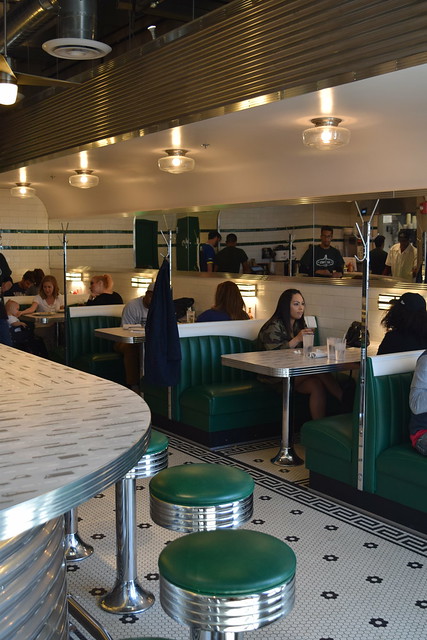 I knew I liked Ari’s from the minute I stepped in the door, but it wasn’t until after brunch that I realized why. Ari, the owner, started the diner in Florence, Italy while playing soccer in 2003. The restaurant is a part of the Mindful Restaurant Group–the team behind Aqua al 2 and Ghibellina, some of my favorite restaurants in the city. While the diner brought the concept of brunch to Italians, Ari’s serves breakfast starting at 6 a.m., six days a week. I wouldn’t say this was your typical brunch, but we did indulge in mimosas and Bloody Marys, so as far as we’re concerned it counts. 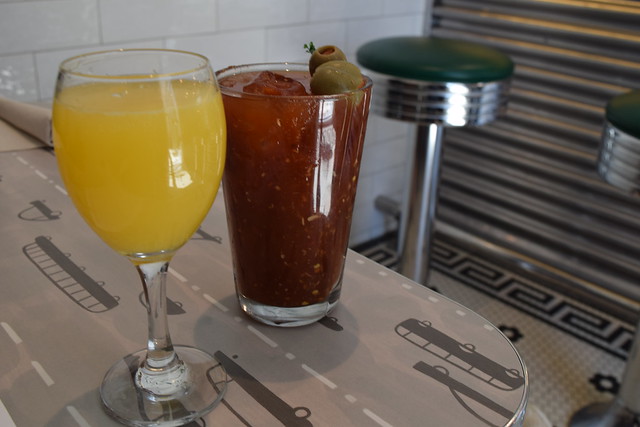 The friendly waiter encouraged us to seat ourselves at any open table, so we plopped down at a cozy two top in a corner next to the bar.

The diner ambiance really put me in a nostalgic mood and I found myself craving a classic salad and furiously scanning the menu in hopes to find a BLT. We decided to share the Greek salad to start and it was the right move. The large salad came out with crisp lettuce, fresh tomatoes, and a Greek vinaigrette that was not overpowering. I also love the addition of red onions to anything, but especially a crisp salad. 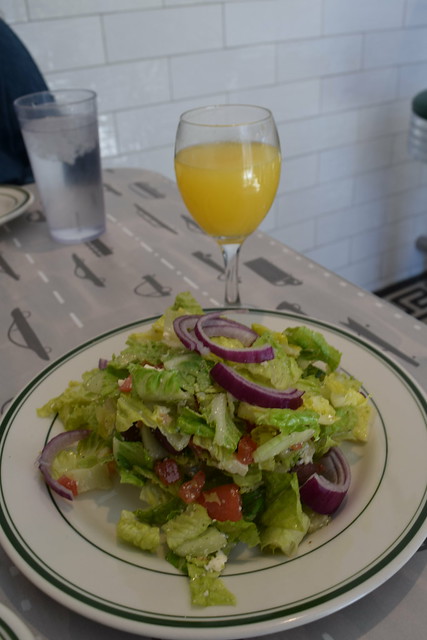 I found my beloved BLT on the menu and simultaneously realized I couldn’t remember the last time I’d had one. I opted for the bacon egg lettuce and tomato (BELT) sandwich sans egg, as I wasn’t in the mood to deal with the mess. It arrived on perfectly toasted bread. The bacon was the right thickness: not so thick that you destroyed the sandwich in one bite, but not so thin that it tasted fake. As a Jersey girl, I take my tomatoes very seriously, and on a BLT there’s no arguing that tomatoes can make or break the sammie. I’m happy to report that these tomatoes were ripe, not mealy, and served in the perfect portion. 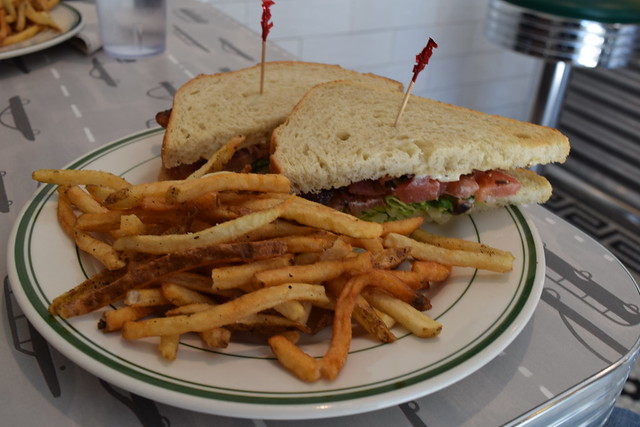 Christina was also in the mood for comfort food, so she ordered the grilled cheese with tomato and bacon. This was an elevated, adult version of the classic sandwich which she noted was crispy, buttery, and perfectly melted. The bacon added a crunchy texture to the otherwise smooth bites. We both could not get enough of the hand cut, house–made fries. They were thin, peppery, and perfectly cooked—exactly what we needed to soak up our indulgent weekend. 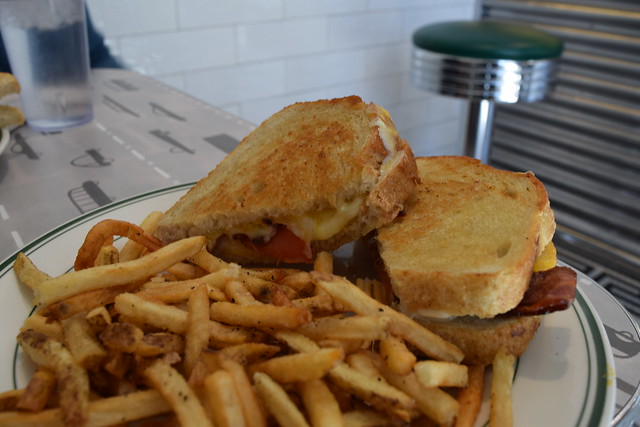 Speaking of indulging, we decided to cap off our brunch by heading across the street for a pit stop at Republic Restoratives, a local distillery and craft cocktail bar with open air vibes, for a much-needed ginger cocktail. 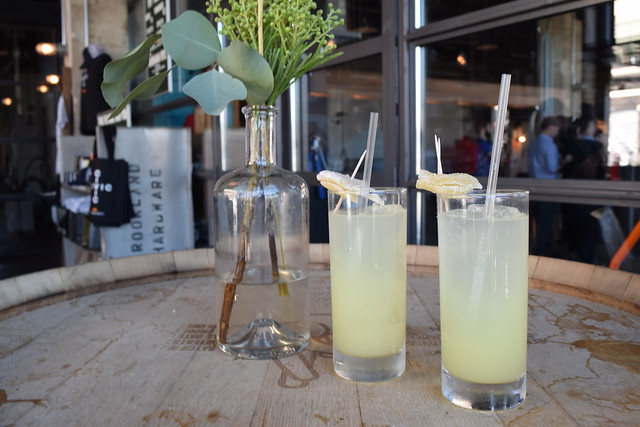 The Bitches say: B. An off-the-beaten-path, nostalgic breakfast at a modern diner, with well-executed riffs on classic dishes.