Chef José Andrés is paying homage to his adopted country with a new restaurant in Georgetown. Located right on M Street, America Eats Tavern is a fun nod to some of America’s best culinary traditions  — and we don’t just mean hamburgers and hot dogs. It’s a welcome addition to the dining landscape in Georgetown, which is seriously lacking in high-quality options for locals.

You enter the restaurant right on M Street, where the colorful interior includes details pointing to American staples from all over the country, from southern BBQ to coastal oysters and crabs. 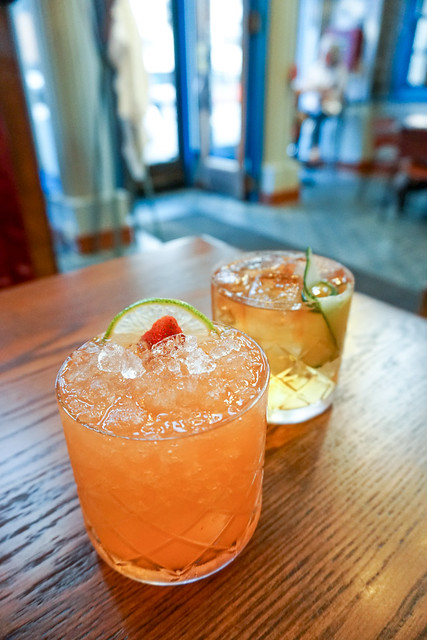 We started with a glass of rosé and the “Tractor Pull.” This fun cocktail is made of bourbon, orange marmalade, Luxardo maraschino, lemon, lime, and elderflower vinegar. It was delicious and a bit too strong for brunch — but I’d definitely order it again at happy hour. The cocktail program at America Eats Tavern brings the right mix of expected classics, plus more unique options. However, each cocktail is a historical beverage that was invented in the United States, and the year and story of each cocktail is outlined on the beverage menu. 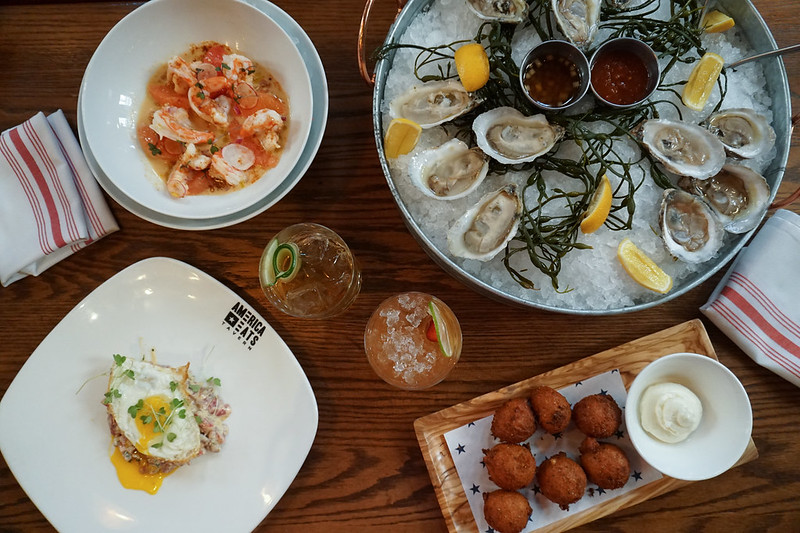 The go-to appetizer has to be the skillet cornbread. With fresh corn, smoked butter, and sorghum syrup you can’t go wrong with this starter. The cornbread was perfectly cooked and a great size for sharing. 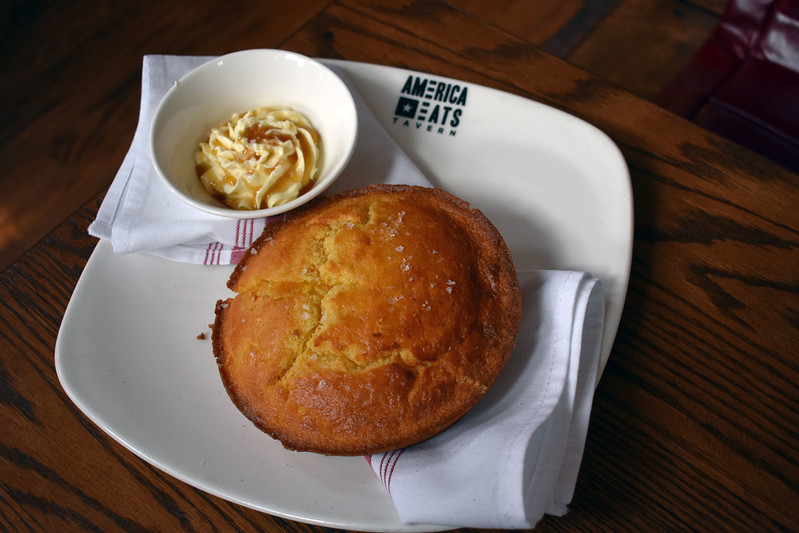 By way of additional carbohydrates, there’s more fried corn — this is an American restaurant, after all. The hush puppies were a spot on: fluffy, fried balls of corn, crispy on the outside, moist on the inside. The whipped honey butter on the side sealed the deal — we dipped our way until we had finished the entire tray of pups. 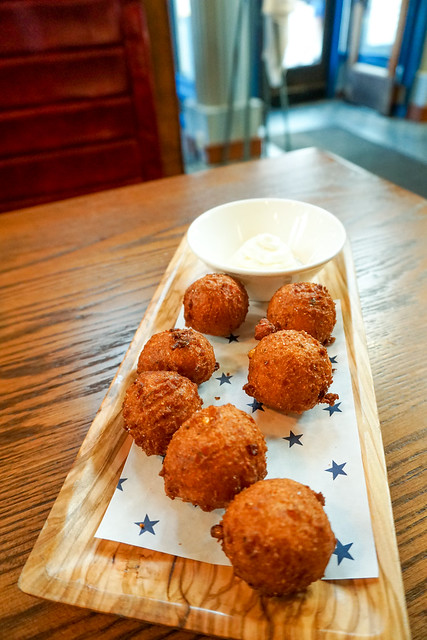 You’ll notice that the menu relies heavily on barbecue, seafood and other comfort food. It’s a casual take on America’s culinary classics but remains pretty specific to its mid-Atlantic roots. For brunch, we opted for the brisket chili hash with smoked brisket chili, sunny-side egg, Kingston Fryer potatoes. The brisket is smoked in house (thanks to smokers left from Old Glory BBQ, the space’s previous occupant). The smokiness and flavor are the star of the show in this hearty dish. 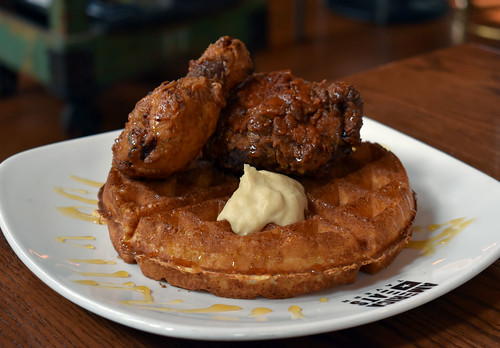 We were excited to try a take on the classic chicken and waffles. The Amish chicken was super moist and served bone-in, so it was a bit difficult to eat in the same bite as the waffle. Because of it, and despite sorghum syrup and apple butter, the waffles were glaringly dry.

The oysters are a sight to behold: a beautiful, vintage-style steel tray with brass handles filled with crushed ice and garnished with seaweed. The oysters are fresh and coming from across the United States — we ordered a dozen and slurped them down greedily. The wait staff was knowledgeable about the types and origins of oysters. 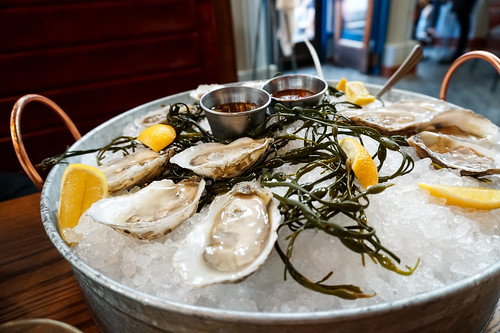 The Bitches say: 4 flutes. America Eats Tavern is a solid addition to the severely lacking Georgetown food scene. It’s not Andres’ best by any standards but still a crowd-pleasing take on American comfort foods. We wouldn’t call it a destination restaurant, but it will do well with the hordes of tourists and foot traffic on M Street.