On a beautiful Sunday morning, we found ourselves mere blocks from my old apartment, just down the street from my sister’s place at a restaurant called 801. “801,” as in the street number of the restaurant, so you know straight off the bat that we are dealing with a highly creative team. 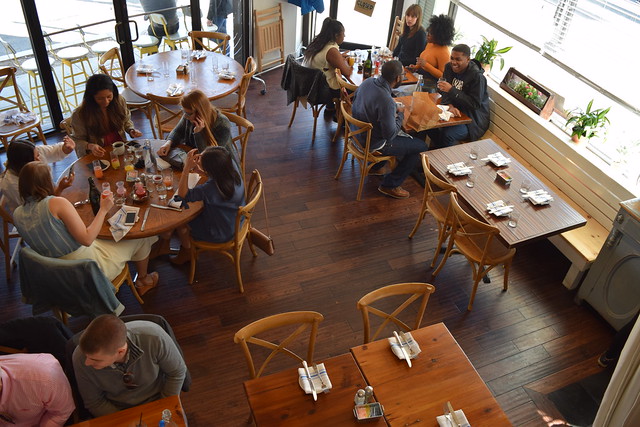 Christina arrived early to brunch and seated right away. The atmosphere in the restaurant hits you right as you walk in to their first floor dining room. As she walked to our table, prior to my arrival, she noticed at least three large groups indulging in the build-your-own-mimosa bar. It was at that time that I received a text in my Uber, “This is definitely a brunch spot where people turn up.” 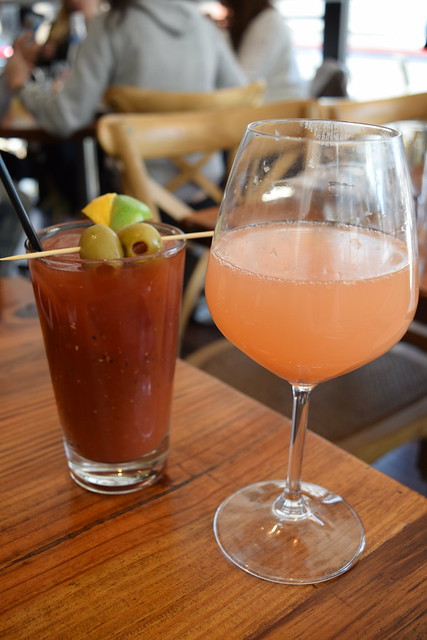 While she was waiting for her tardy sister, Christina scoped out the menu and observed the various dishes flying out of the kitchen, so that she could place an educated order when the time came. She decided to begin with a Bloody Mary. She says, “I’m more of a savory person and nothing says brunch like a good Bloody Mary.”

The drink came out promptly and was mildly seasoned. It was fine, as far as Bloodys go, but we’ve certainly had better. Garnished with two green olives and celery, it went down easy enough that she could order a second. 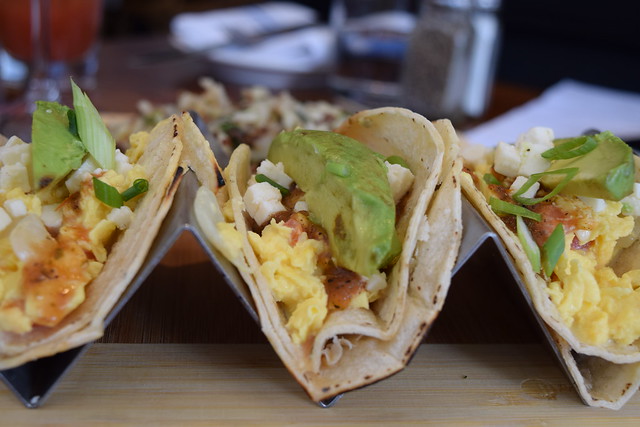 By the time I arrived it was 1 p.m., so we were both starving. We decided to start with a shared order of the breakfast tacos. The tacos were pretty average. They contained no meat, and the egg and avocado were too similar in texture, making them a bit unsatisfying. The side of potato hash stole the show. A mix of shredded potatoes, quinoa, and pan-fried green peppers, it was so unique and tasty. The flavor and consistency was on point and the use of the quinoa was something we had never seen in all of our brunch life. 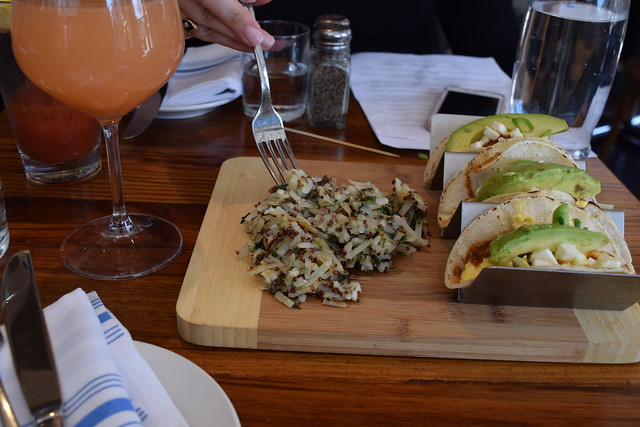 Christina decided to go with the brunch burger as her main course. As you would expect, this burger came topped with an egg and bacon to give it that real breakfast flair. It was well cooked and very satisfying. Beware, this dish was extremely messy with the runny yoke and burger juices, but so worth it! She ate more  half of it, which was a pretty big accomplishment considering our breakfast taco endeavor. 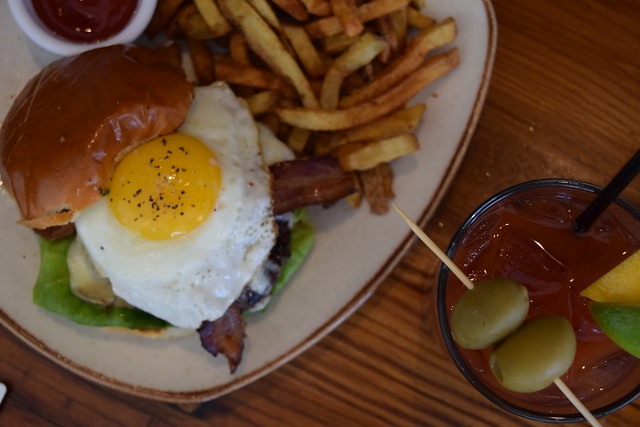 I decided to get the 801 breakfast of champions. This dish was a sunny side up egg with bacon served over that incredible signature hash. The chunks of ham were salty and made each bite delicious. I didn’t know what to expect with this dish, but I really enjoyed it. I would definitely recommend this for anyone who wants a hearty breakfast that isn’t too over-the-top filling. 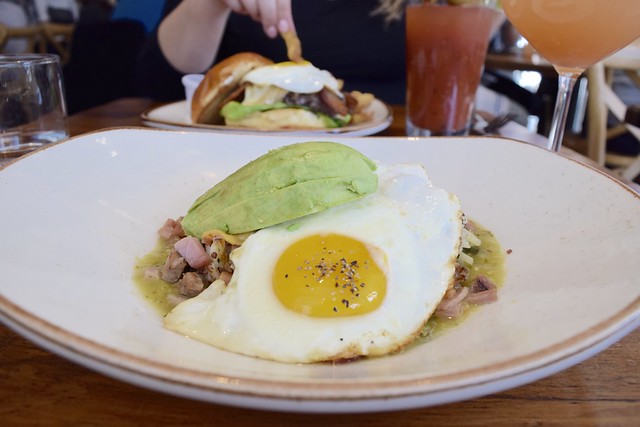 We were pleasantly surprised with this brunch spot and would recommend it for a group brunch or really anyone who wants to have a rowdy brunch and potentially extend the meal into an entire Sunday Funday. Of note, I was complaining that my voice was hoarse after feeling like I was screaming over the noise at brunch. Le sigh. I’m not getting any younger. After brunch Christina and I went upstairs to have another drink and enjoy the beautiful spring weather.

The Bitches say: B. This is a great spot for groups that are looking to get rowdy or to lick their wounds from the night before. We loved the option to head to the rooftop after brunch and would definitely recommend indulging in 801’s massive Moscow mules.